One of Johnny Depp’s closest friends believes Amber Heard is “a sociopathic show pony” who is hell-bent on destroying the star.

Gina Deuters – who is the wife of Depp’s longtime business partner and assistant Stephen Deuters – had a front row seat to the actor’s tempestuous 15-month marriage with Heard, and alleges that he is the real victim amid their ongoing legal battle.

In her only interview since being forced to step down from the witness stand, Deuters exclusively told Page Six that she believes Heard thrives on drama.

“There was one thing Amber said at the wedding. She kind of leaned into me and said, ‘Do you and Stephen ever fight?’ I responded, ‘We sometimes have an argument,’ and she was like, ’No, Gina, like really fight?’ And it was kind of unnerving. [I thought], ‘Do you enjoy it?’” recalled Deuters, who has known Depp for nearly 20 years.

“I think there is a part of Amber that [believes] fighting is passion. It means there’s sparks, fireworks [in the relationship]. [Amber] is someone who is always used to getting what she wants. She is quite entitled and I think she made big demands in their divorce.” 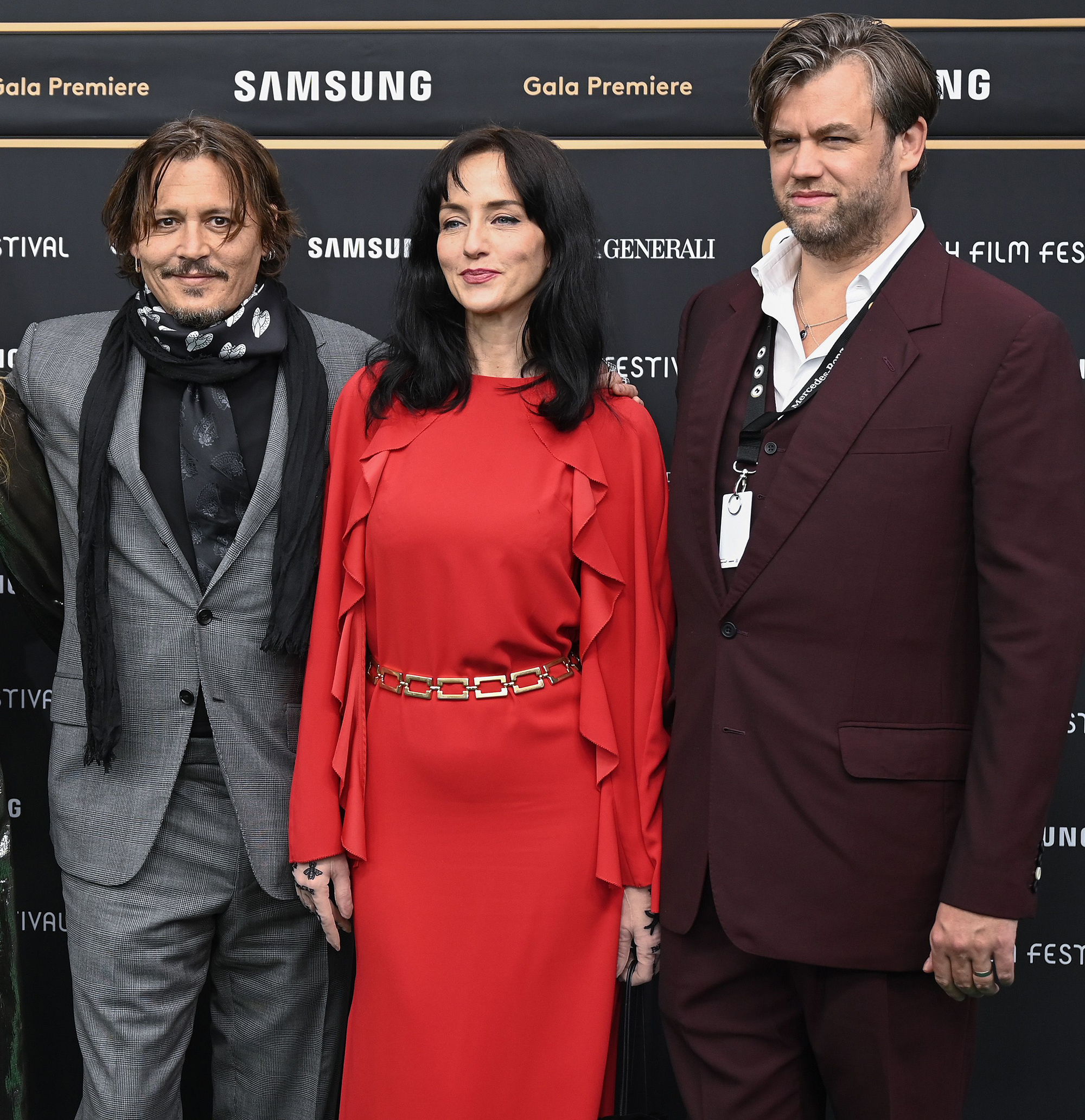 Echoing Depp’s allegations at trial, Deuters claimed, “When [Amber] was denied those demands, I feel she was like, ‘I am not going to get what I want so I am going to destroy you.’”

Deuters told us that her husband first called Heard “a sociopathic show pony” after he unwittingly became the mediator in Depp and Heard’s marriage in its final difficult days.

“My husband called her a sociopathic show pony, and he certainly doesn’t regret it,” she explained. “Stephen, at the end, was quite literally the mediator … no one else wanted to deal with Amber, and Stephen would be the only person she could talk to.”

Depp, 58, is currently in court and suing Heard, 36, over a 2018 Washington Post op-ed she wrote, in which she called herself a victim of sexual violence. While the actress didn’t mention Depp by name in the piece, the “Pirates of the Caribbean” star claims it tarnished his reputation and career. 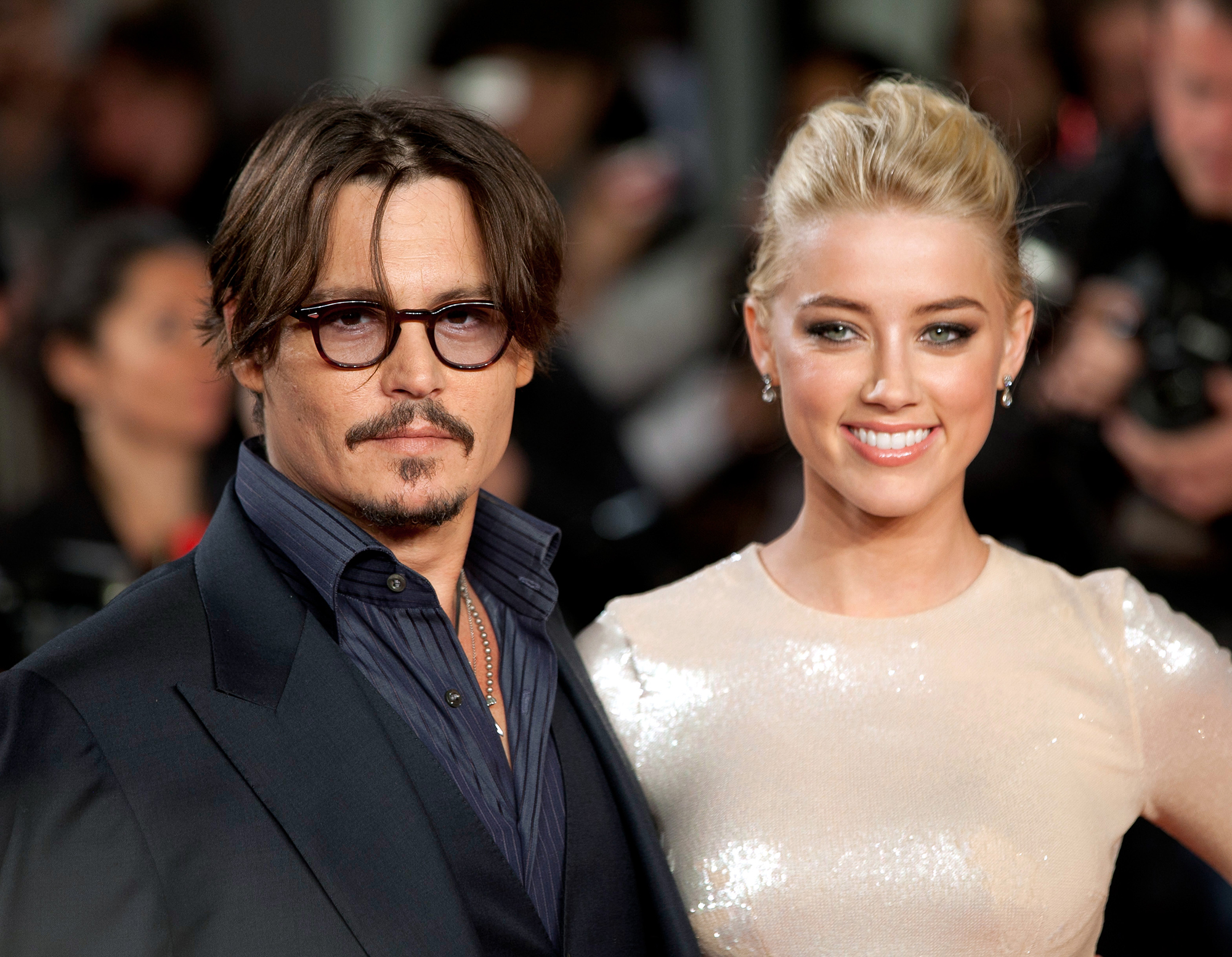 Deuters recently took the stand in Depp’s defense but didn’t get the chance to give her full evidence to the jury in Virginia as her testimony was struck from the record.

She was ordered to leave the court on April 14 after Heard’s journalist pal Eve Barlow intervened and Deuters admitted to the judge that she had seen clips of the trial online.

Speaking to Page Six, Deuters described Depp’s time with Heard as “less of a relationship and more of an Amber invasion.”

“Instantly she started moving her friends into his properties,” she said. “It was quite shocking how she eventually isolated him from his family and friends … it definitely felt like we’d kind of lost him.”

Deuters told us she initially found Heard to be “cold” and was puzzled by her behavior. 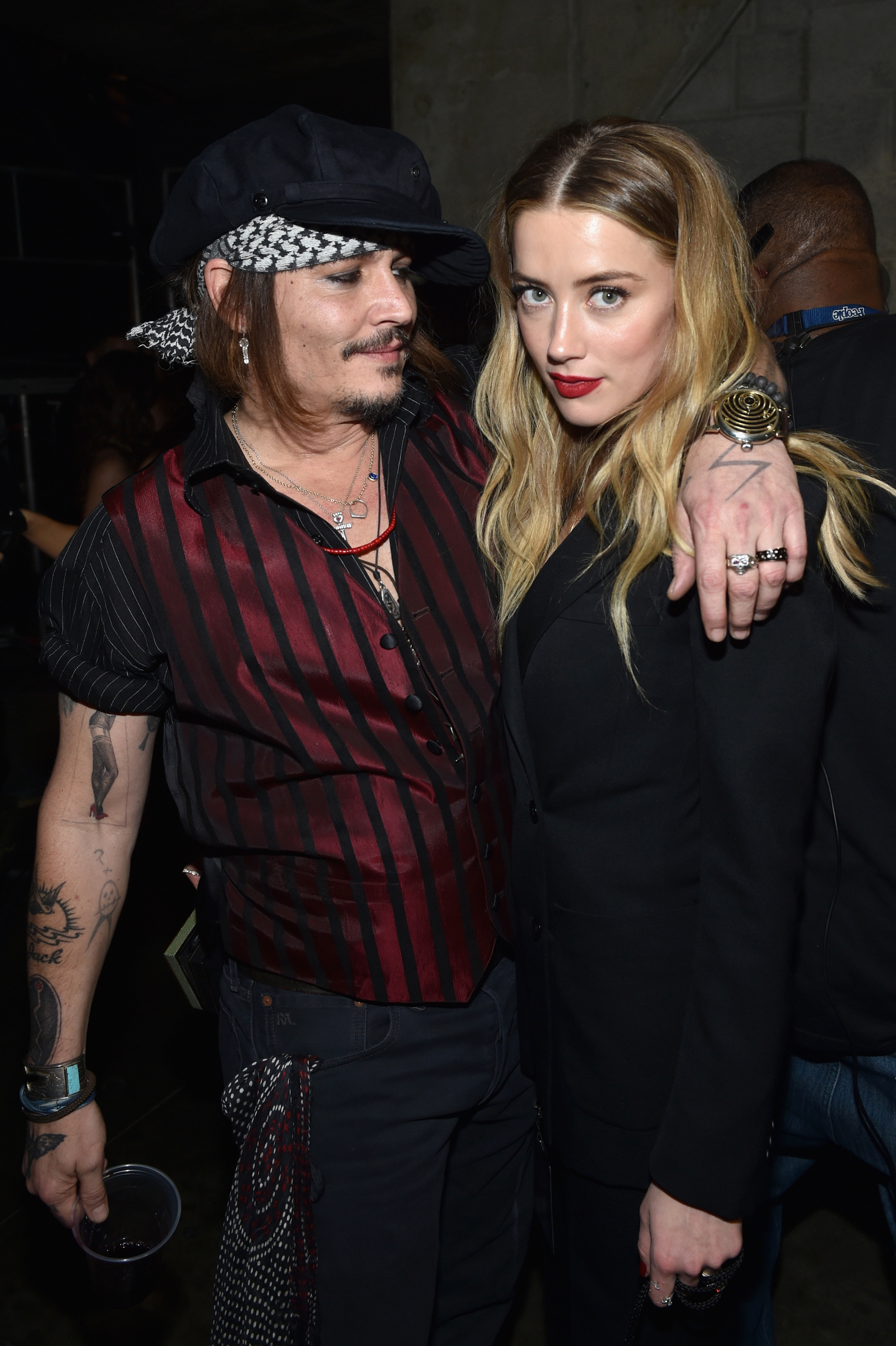 “When they first got together, I would describe her as quite a ‘Stepford Wife.’ She would bake cookies and take his shoes off after work. It was all quite odd,” she recalled.

“Knowing Amber was this confident feminist, it was strange she was behaving quite subservient, like a nice little housewife-type role. [But] that was all in the beginning – that would change quite quickly.”

Back in 2015, Deuters and her husband helped arrange both weddings between Depp and Heard. The two tied the knot at Depp’s late mother Betty Sue’s home in Los Angeles, followed by a ceremony on his private island in the Bahamas in 2015.

“[Amber was] absolutely controlling … the whole getting married thing was rushed,” Deuters alleged. “It just happened all so quickly, to the point where honestly Johnny’s family weren’t notified and some of them couldn’t get down there in time.”

Of the Bahamas event, Deuters said it “very much felt” like a takeover.

“It was the Amber Heard party as opposed to their wedding. I remember her father doing a speech and he kind of motioned around the area [of the island], saying something like, ‘Look, honey, all this is yours now,’” she recalled. “My heart sank a little bit … were they more excited about all the wealth they married into, or was this about love?” 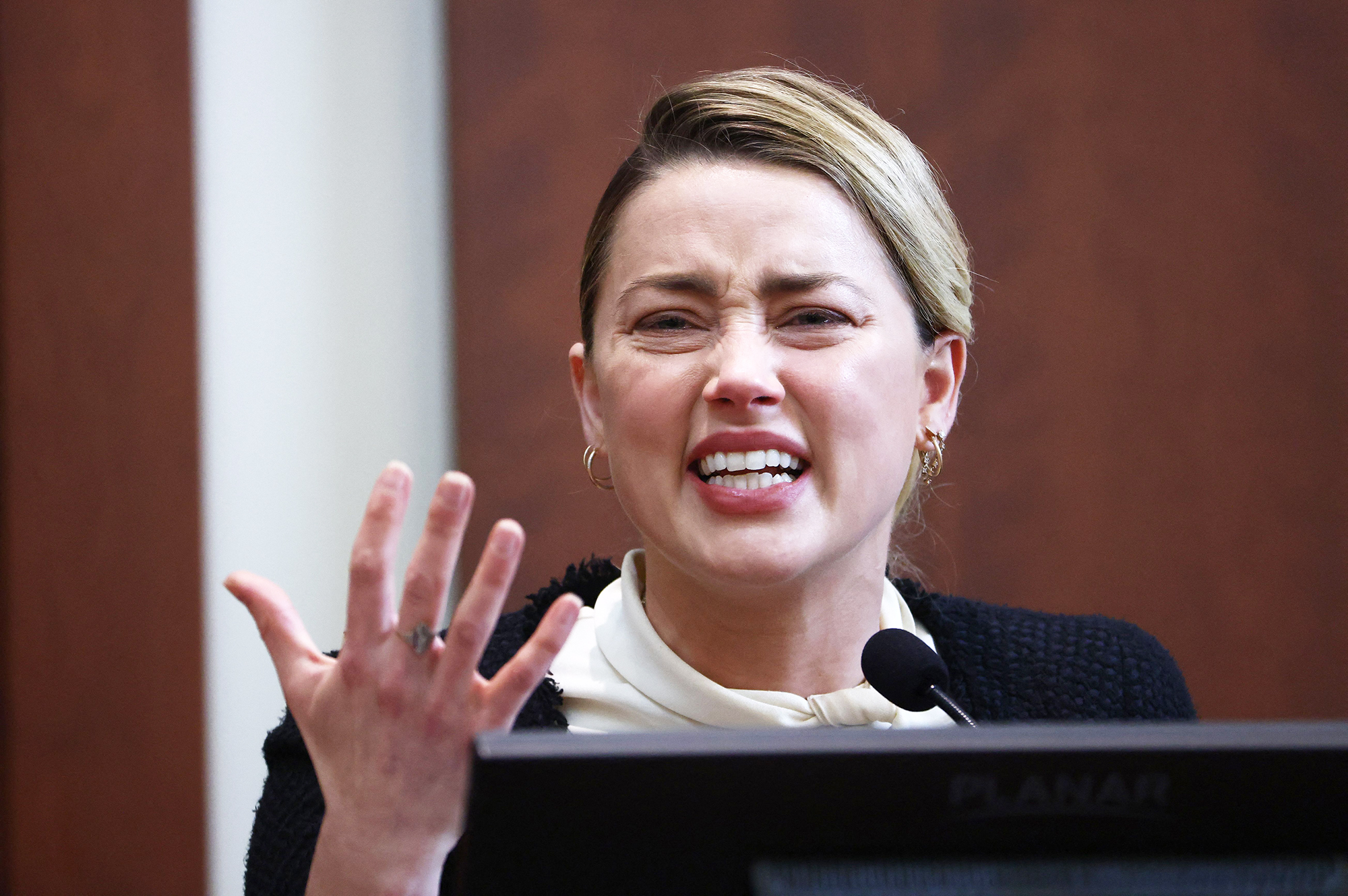 “When you see a friend or a loved one move forward into a relationship that you personally don’t think is healthy for them, it is difficult because you can’t exactly stop it,” Deuters continued.

“It was quite heartbreaking over the years seeing him deteriorate physically and emotionally. Then at the very end he was very upset at the breakdown of his marriage. He suffered greatly through it.”

Deuters insisted to Page Six that she has never witnessed Depp act aggressively towards a woman, saying, “I have been with him when he was drinking, doing drugs and smoking weed, and his demeanor has not turned nasty at all. I’ve never seen him lose his temper.”

Describing the actor as a “treasured friend,” she continued, “By all means, their relationship was volatile, but I just know that Johnny wouldn’t hit a woman.

“I can sleep at night knowing I am supporting my friend. I absolutely feel he has been a victim of domestic abuse and he deserves justice.” 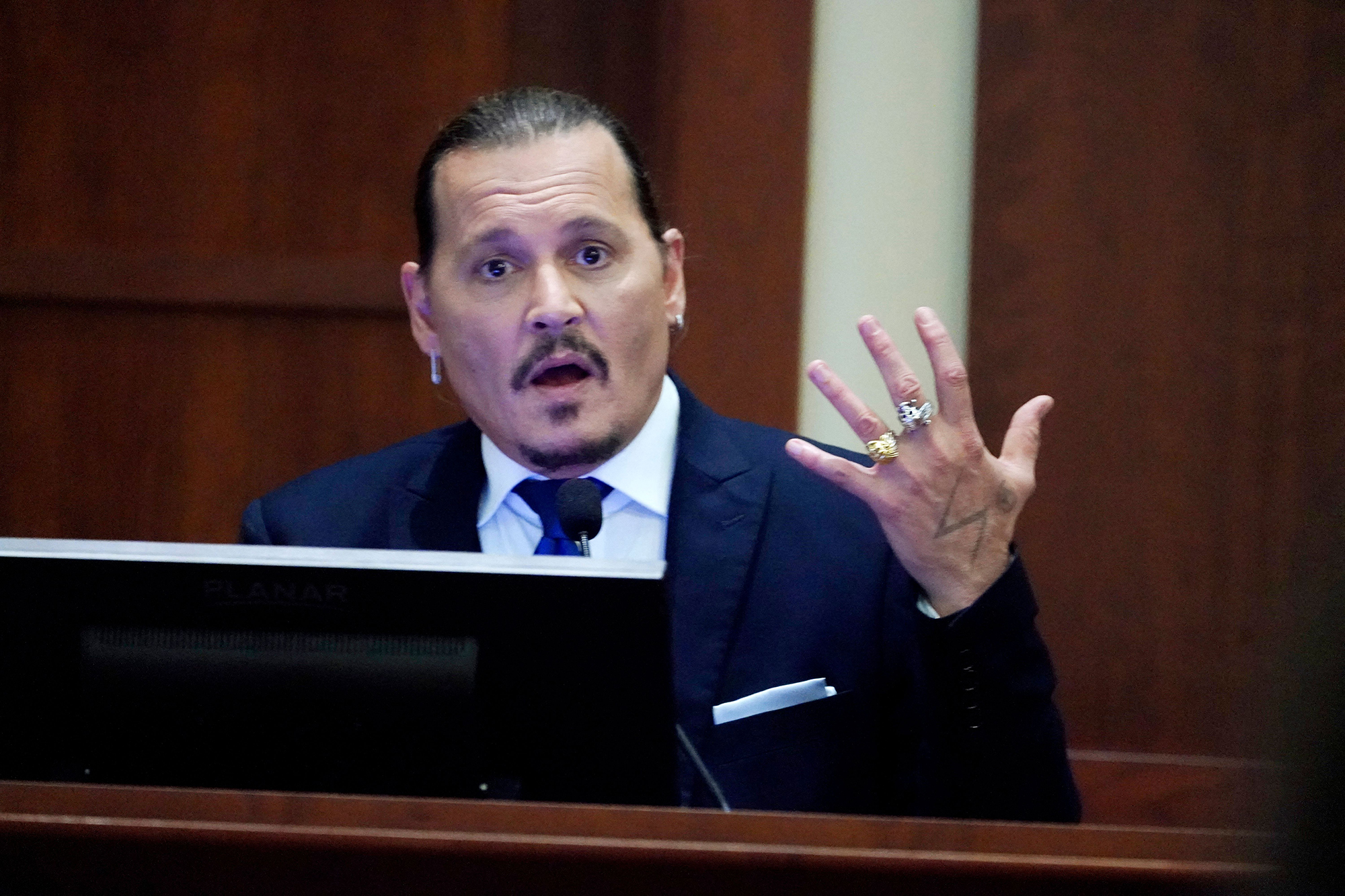 In previous testimony, Heard vividly described her alleged abuse at the hands of Depp. The actress sobbed as she described everything from Depp’s alleged threats to kill her to “cavity searches” and various sexual assault encounters.

Heard is expected to take the stand again on Monday for cross-examination. A spokesperson for the actress declined to comment.

Meanwhile, Depp has no regrets about the trial, according to Deuters.

“Yes, it’s like reopening old wounds. But the fight to clear his name is ultimately for his children, as painful and as ugly as it is,” she explained. “He is here [in the UK] at the moment, we saw him … and I can already see a weight has been lifted from his shoulders having given his testimony.”

She added, “Now I see why he wanted the cameras; so the public can hear him and others speak directly about their experiences. He has finally felt his voice has been heard and that means a lot to him.”