JoJo Siwa is all grown up! The YouTube star looked so glam on the red carpet at the American Music Awards before presenting to BTS!

JoJo Siwa tried a new look out on the red carpet at the American Music Awards! The 18-year-old ditched her signature bow ponytail for the red carpet at the Microsoft Theatre in Los Angeles on Sunday, Nov. 21. Instead, she kept her blonde locks back into a chic half-pony, wearing most of her hair down and in curls going down the back. 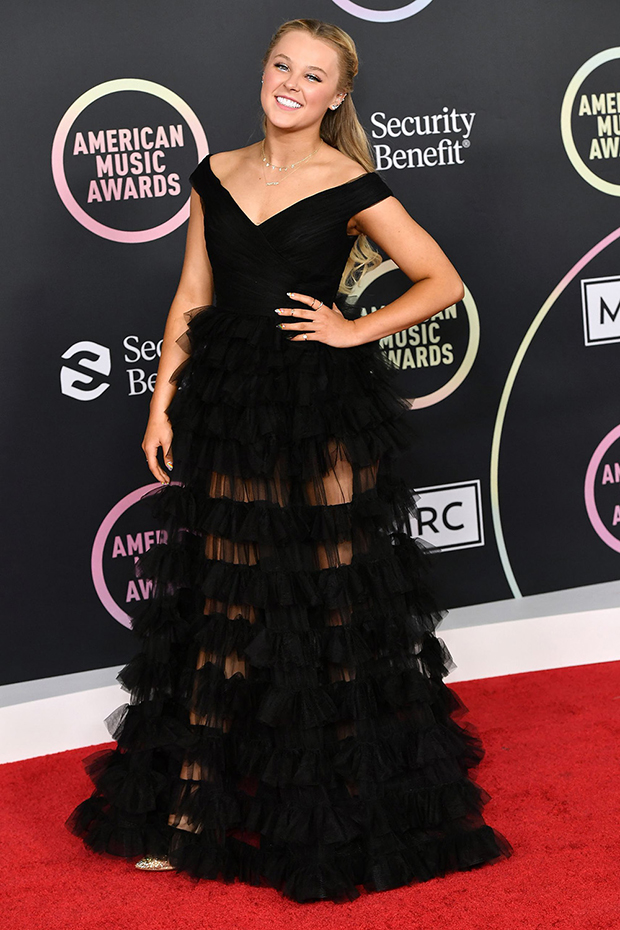 The teenager looked so grown up in a sweetheart cut black gown that included a long sheer tulle skirt. “My first amas,” she captioned two photos from the carpet, including a snap of her flawless makeup. A glimmer of the old JoJo shone through with her glittery under eye liner, which she offset with a luscious pair of black lashes. She later appeared on stage to present an award to K-Pop group BTS!

On the carpet, JoJo opened up about her recent breakup from first girlfriend Kylie Prew. The singer-danced admitted she’s been in “work mode” since the split, which included a run on Dancing With The Stars. “I was with my girlfriend for nine months. And those nine months were amazing and incredible. And obviously I’ve talked about [it], we broke up. And one thing that I’m grateful for is that we’re both okay,” she said on the carpet. “We obviously aren’t as close as we used to be, but we’re both okay. And we’re both happy, and that’s all that matters,” JoJo added. 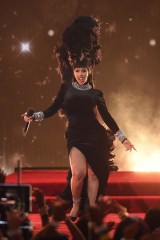 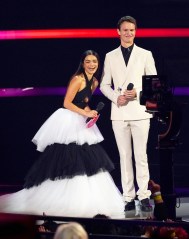 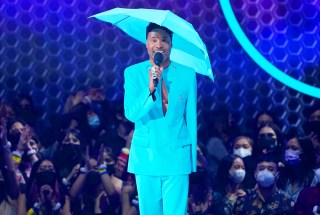 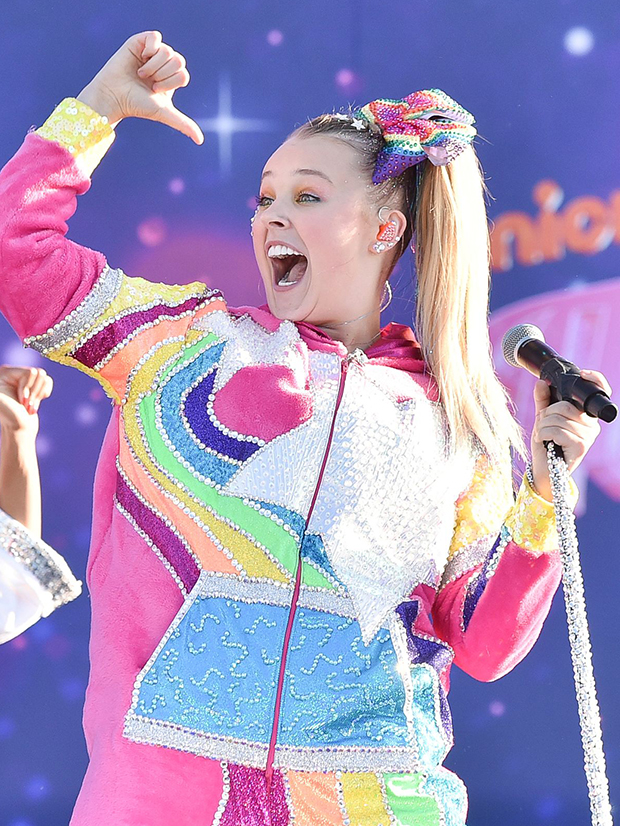 Cardi B, 28, hosted the show this year, where she was also nominated several times for the song “Up” as well as in the Favorite Female Hip-Hop Artist. The New York native appeared for a red carpet rollout photo op just days before the event, where she looked absolutely fabulous in a black gown with a high slit. Although the rapper is used to being on stage, hosting is is new for the “WAP” rapper — but she admitted she’s taking it all in stride.

“I mean, how can I excite the audience? Should I show my child?” she said on Good Morning America before the show. While she didn’t clarify which child, Cardi is a proud mom to daughter Kulture Kiari Cephus, 3, and a son 2 months, with husband Offset. “I’m not gonna do that. I don’t know I’m just gonna be myself,” she added, joking that she feels like she’s “under pressure.”

SNL Remixes The Marvelous Mrs. Maisel with Leslie Jones and It's Great