Nearly one year after Kim Kardashian filed for divorce from Kanye West, neither of them are afraid to show affection for their new loves — Pete Davidson and Julia Fox.

In photos obtained by Page Six, the rapper, 44, and the Uncut Gems actress, 31, were seen packing on the PDA outside of Delilah in Los Angeles on Wednesday, January 12. The twosome kissed and embraced outside of the restaurant, where they had dinner with Madonna, Antonio Brown, Floyd Mayweather, Evan Ross and more.

One day prior, Kardashian, 41, had a low-key date night with Davidson, 28, at Jon & Vinny’s. An insider told Us Weekly that the duo enjoyed an “intimate date” at the pizza place, adding that they were “close together” for the entire Tuesday, January 11, outing. 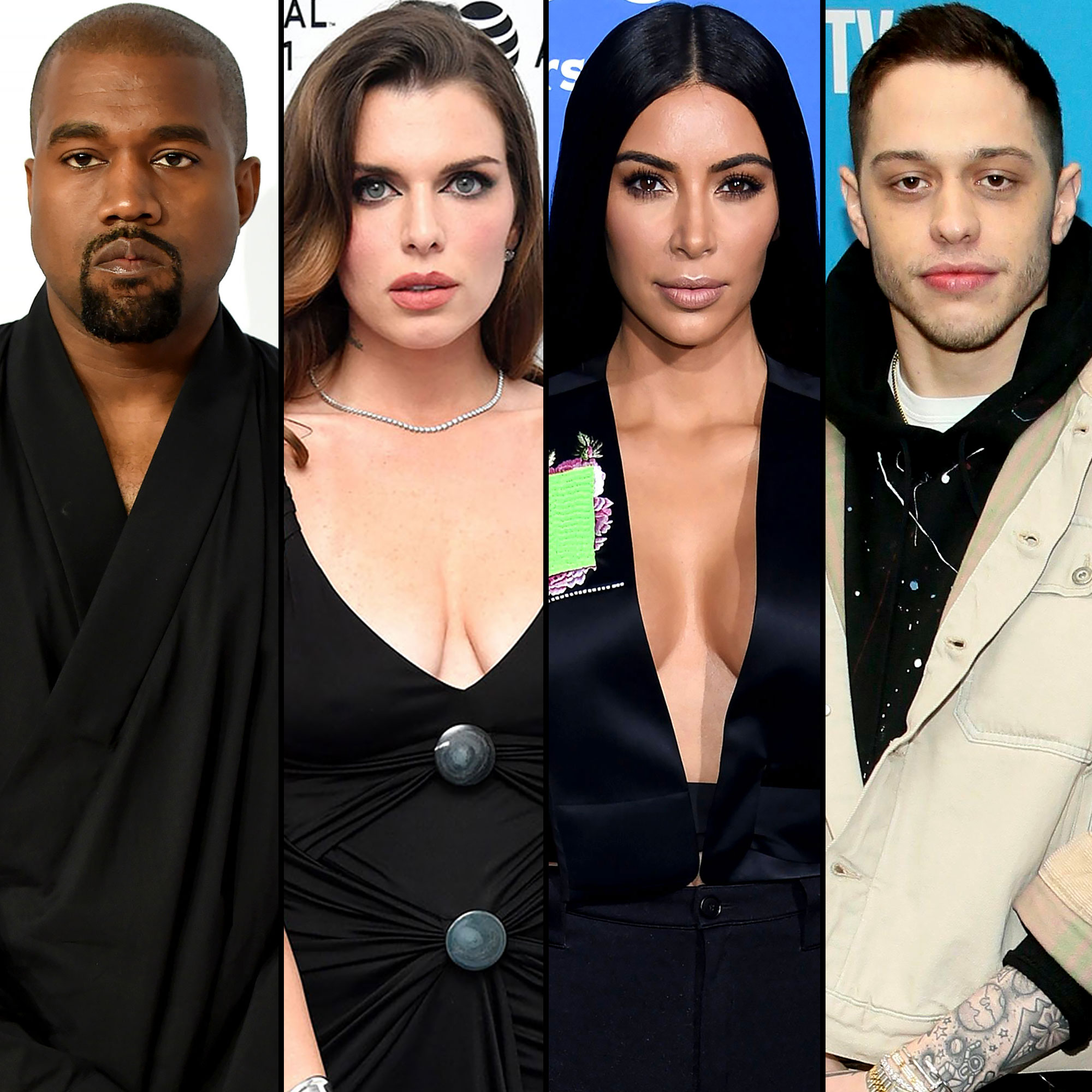 TMZ has subsequently published photos of Kardashian hanging on to Davidson as they got ice cream after their dinner in L.A. In a video shared by the outlet, the KWW Beauty creator and the Saturday Night Live star held hands and smiled as they made their way to their car.

The Keeping Up With the Kardashians alum has been linked to the comedian since October 2021. The pair kicked off the new year with a whirlwind trip to the Bahamas earlier this month.

“Kim and Pete are getting serious. Things have definitely escalated quickly but in a healthy, fun way,” a source told Us in December 2021. “Right now, they are just enjoying their time together and seeing where things go.”

West, for his part, was first spotted with Fox on January 1. She later revealed that they met on New Year’s Eve in Miami.

“It was an instant connection. His energy is so fun to be around,” the model told Interview magazine on January 6. “He had me and my friends laughing, dancing and smiling all night. We decided to keep the energy going and fly back to New York City to see Slave Play. Ye’s flight landed at six and the play was at seven and he was there ON TIME. I was impressed.”

She added, “Everything with us has been so organic. I don’t know where things are headed but if this is any indication of the future, I’m loving the ride.”

Fox has also admitted that she is a “die-hard, OG” fan of Kardashian and her famous family.

“I’m gonna miss Keeping Up,” she admitted on her “Forbidden Fruits” podcast before she started dating West. “I have been watching Keeping Up since it first came out in 2007 when, like, watching it was embarrassing. … I wanted them to be my family. You feel like you know them.”