The Princess of Wales combined simplicity and glamour as she teamed a chic Zara jacket with a gold chain for her visit to BBC Radio 1’s Newsbeat.

Kate, 40, sported a cream blazer, which was reduced to £25.99 from £55.99, as she joined Prince William to record a special episode of the news programme.

She paired the simple piece with a £234 gold necklace with a heart pendant from Laura Lombardi, which was bolder than her typical jewellery. 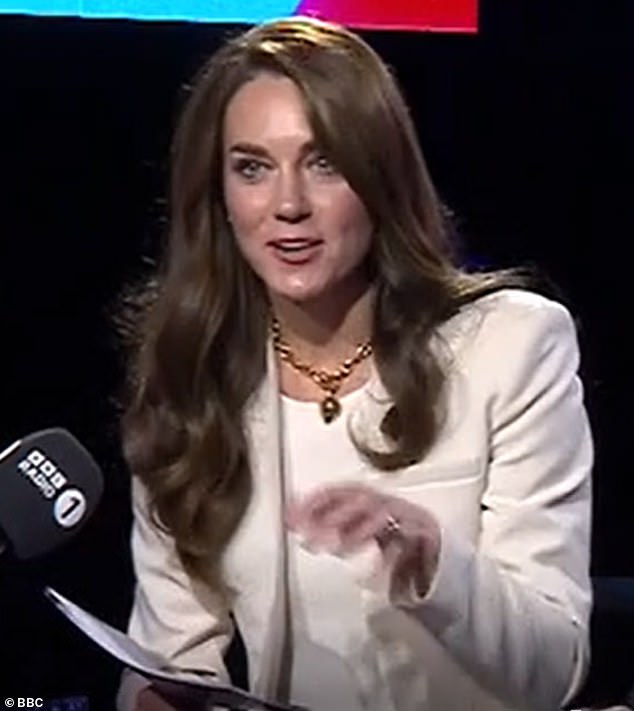 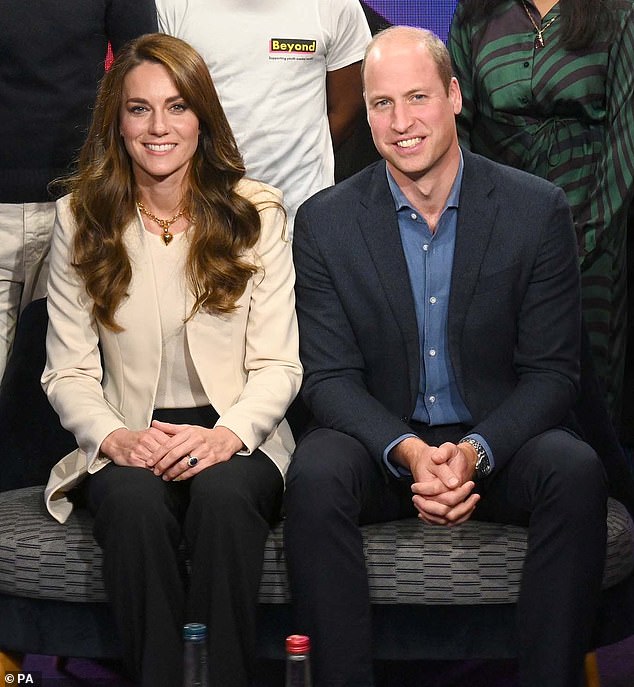 The recycled collarless blazer – which seems to be reduced to £25.99 from £55.99 on the retailer’s site – accentuated the stunner’s silhouette 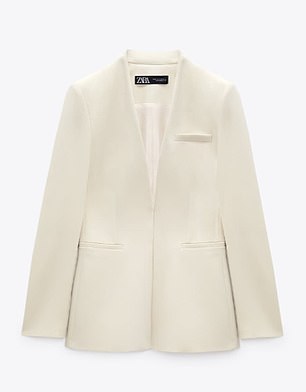 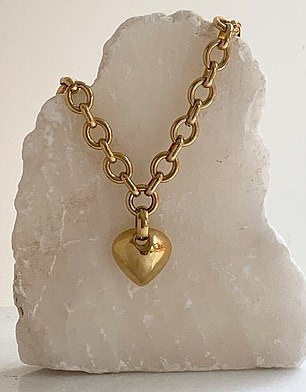 The Princess finished the look with a simple cream top and a pair of dark coloured trousers as she joined Prince William in the studio for the recording.

As mother-of-three, Kate spoke with the young people about how they had struggled with their mental health before finding help.

She also made note of how ‘everyone has mental health’ that they must look after in the same way they would ‘go to the gym’ to look after their physical health.

In the show, which aired on Radio 1, Radio 1Xtra and the Asian Network at 12.45pm this afternoon and will be repeated at 5.45pm, the Prince of Wales, 40, said mental health has been ‘pushed way down the priority list’ and argued we, as a society, must ‘find a balance’ that preserves mental wellbeing in order to tackle other issues facing society. 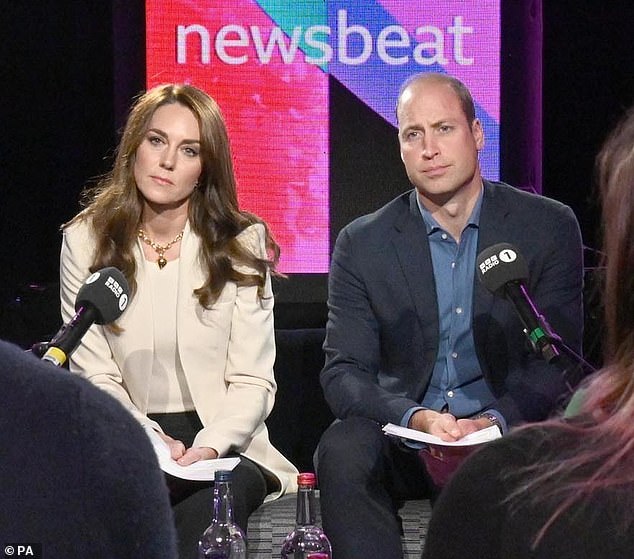 As mother-of-three, Kate spoke with the young people about how they had struggled with their mental health before finding help 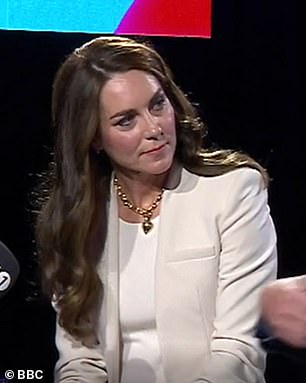 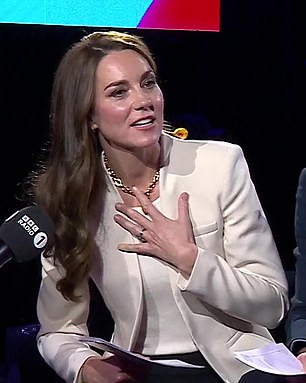 The wife of the Prince of Wales (pictured left and right) wore her chestnut tresses down in lush waves, opting for a simple make-up look defined by warm tones

Sporting her cream-toned ensemble, Kate added people are now much better at acknowledging they are struggling with their mental health these days, but that they still face problems in knowing how to deal with their issues.

It would appear Kate is a fan of High Street staples, having this month sported selections from popular brands like Zara and Karen Millen.

During the Newsbeat special, the Prince and Princess heard from a student, Antonio Ferreira, a psychology and cognitive neuroscience student who is also a mental health activist.

During his teenage years, Antonio was diagnosed with schizophrenia and emotionally unstable personality disorder.

He revealed how his condition sent him to a dark place, at which point he had decided to take his own life, before he was referred to a psychiatric unit which helped him recover.

‘Coming from an African background, mental health is not a topic of discussion,’ he said. ‘It’s not something I was aware of or had any knowledge of and so I didn’t accept my own diagnosis.

‘After being seen by my GP I was referred to a child/adolescent mental health service. Things went from zero to 100 real quick’ and he soon found himself ‘inches from the ground’ with ‘no hope’.

Antonio revealed that was when he decided to take his own life and ended up in the unit – and he was surprised by the support he received from other patients.

‘They did say to me: “We can see you’ve got a light bulb in you. It’s not that the light bulb has gone off it’s that someone has just turned off that switch and simply you just need someone to turn it back on”.’

He added: ‘I came out of there a different man’, which drove him to search for ways to help other people who had been in his position.

Later in the broadcast, William noted the things he had learnt from working with mental health charities and fronting campaigns such as Heads Together.

‘A lot of the work we’ve done on mental health and listening to lots of people talk about it, is everyone likes a toolbox – particularly for men. A toolbox is quite a useful analogy to kind of use,’ he said.

The Prince added: ‘Big family networks and support networks around people are really important, but a lot of people don’t realise what they need until it actually comes along.

‘You can be living one life one minute and something massively changes and you realise you don’t necessarily have the tools or the experience to be able to tackle that.’

William appeared to have been referencing his mother Princess Diana’s death in 1997 and the recent deterioration of his relationship with brother Prince Harry.

Amid a turbulent 2020, here are historic firsts you may have missed