Kim Kardashian mourns Thierry Mugler’s death: ‘So much we had planned to do’

Kim Kardashian hustled to erase a bikini picture from her Instagram after fans realized it may have been Photoshopped.

In the photo, the Skims founder models a swimsuit from her new collection, but instead of focusing on the fashion, followers harped on her leg that appeared warped and featured a curve behind her knee.

Although Kardashian was quick to delete the photo and re-upload the series without the botched image, a fan account still managed to screenshot and repost it.

“Kim what happened to your leg?” asked one fan, while another hinted, “Kim, Kim, Kim… Your right leg is, uh…”

Another was simply in awe of Kardashian’s Instagram access, tweeting, “I can not believe #KimK has the power to delete one of her pictures of many on a post. Because it was wrongly Photoshopped!!! That picture isn’t there anymore! I want that power”.

The 41-year-old KKW Beauty founder hasn’t publicly acknowledged the Photoshop allegations, perhaps because she was too busy shooting down the existence of a second sex tape involving her and ex-boyfriend Ray J.

The former “Keeping Up With the Kardashians” star’s estranged husband, Kanye West, shared in an interview Monday that he prevented the alleged footage from leaking, but a spokesperson for Kardashian acknowledged that while there was a computer with some sort of footage, none of it was explicit. 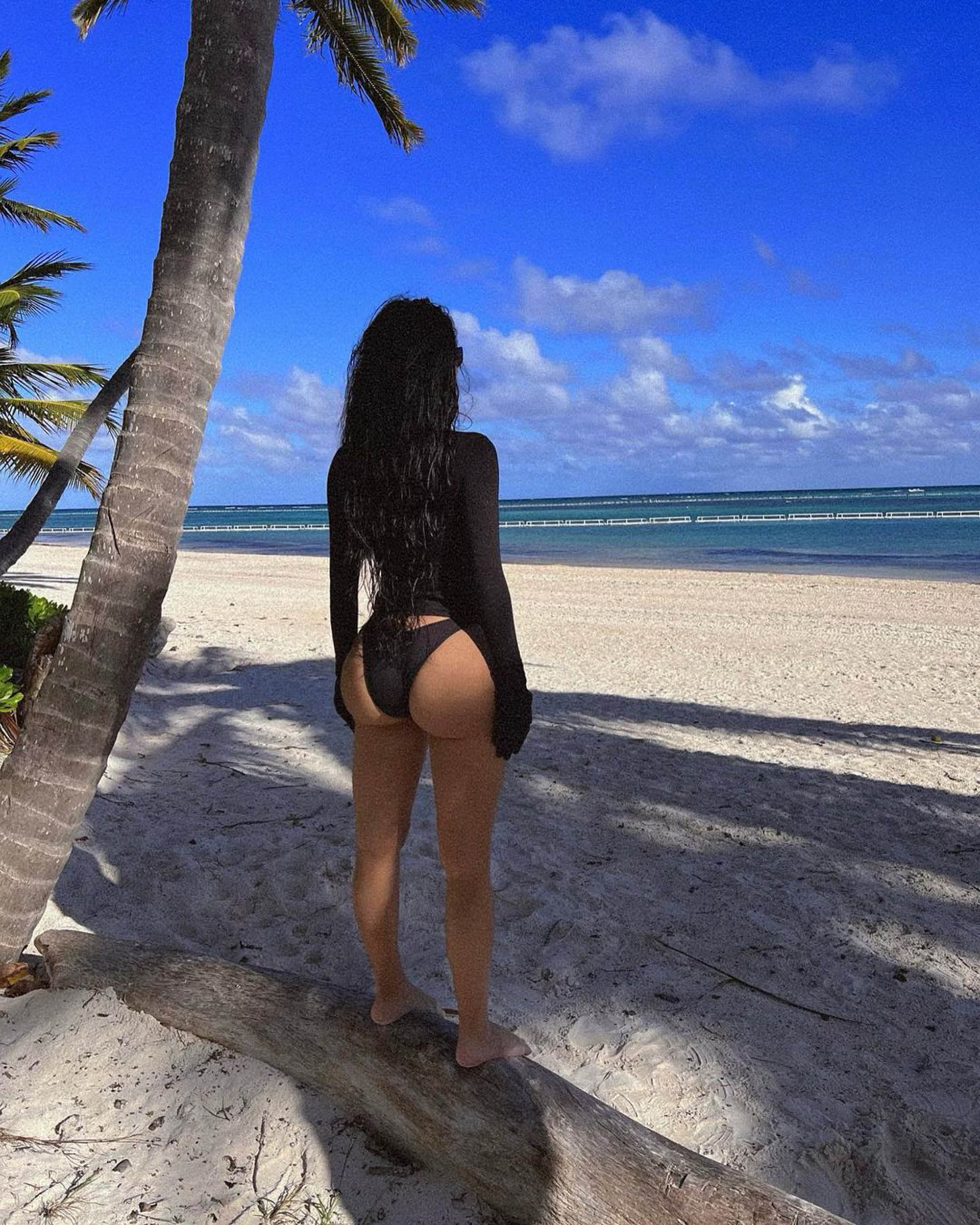 “The computer and hard drive collected were supposed to contain the original video and any unseen footage. After review, there was nothing sexual unseen, only footage on the plane on the way to Mexico and footage at a club and restaurant on the same trip,” read the statement.

“Kim remains firm in her belief that there is no new second tape that exists.

A source also told us exclusively that Kardashian was “truly grateful” for West, 44, getting the footage back from Ray J, 41.

Kim Kardashian Can Become a Lawyer Without a College Degree