Home » Lifestyle » Larry King Was Slammed for Giving O.J. Simpson an Interview the Day After His Acquittal

Larry King interviewed some of the world’s most famous people throughout his lifetime. One of the most infamous times of King’s career was the O.J. Simpson trial. And although King’s coverage was widely viewed during that time, he was slammed by his media colleagues for giving an interview to the former football player the day after his 1995 acquittal. 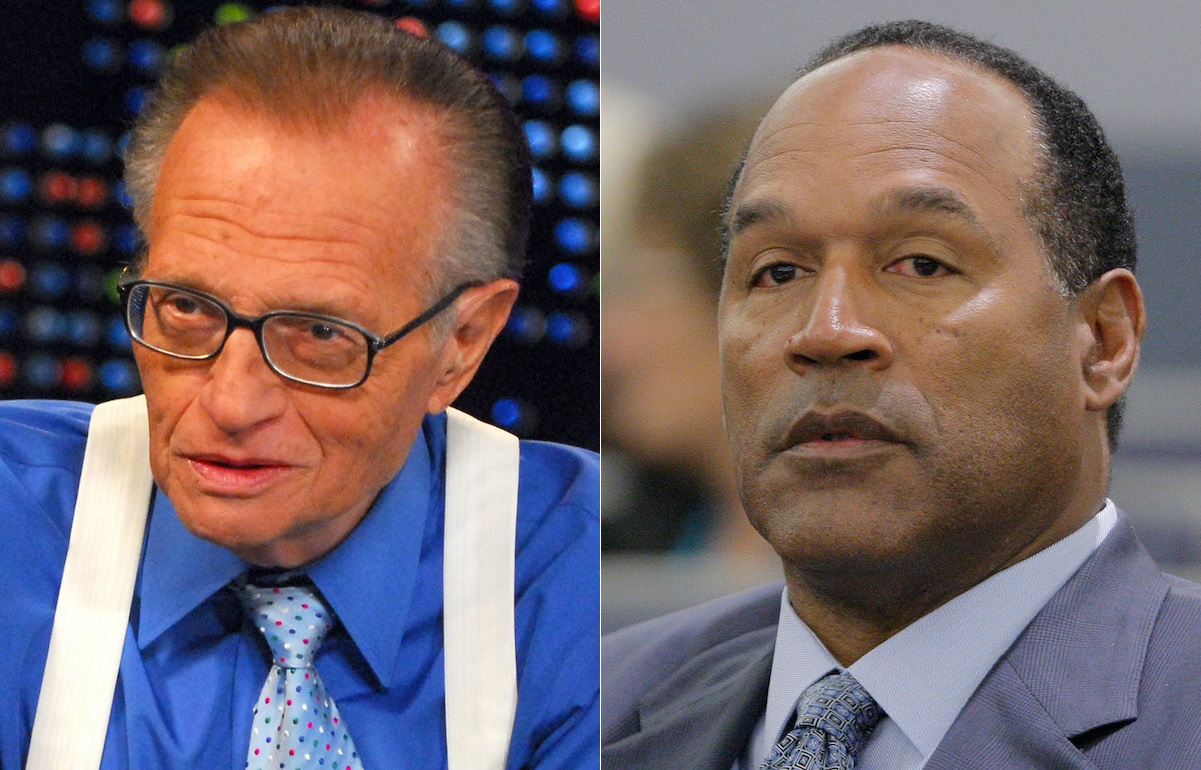 The TV star died on Saturday, Jan. 23, at Cedars-Sinai Medical Center in Los Angeles after having been admitted for COVID-19. The announcement of his death did not reveal a cause of death.

“Whether he was interviewing a U.S. president, foreign leader, celebrity, scandal-ridden personage or an everyman, Larry liked to ask short direct and uncomplicated questions,” the statement read. “He believed concise questions usually provided the best answers, and he was not wrong in that belief.”

While King believed in giving concise questions, his critics felt it was more important to question who should be granted interviews in the first place.

In June 1994, when the infamous white Ford Bronco chase began, King went live with the chase footage on his show. According to Time, that two-and-a-half-hour broadcast raked in two thirds of American TV viewers that day and began what would become King’s nightly coverage of the scandal.

Larry King Live on CNN was one of the go-to shows for trial coverage because of this, and that’s why King granted Simpson a platform the day after the controversial not guilty verdict was delivered.

O.J. Simpson thanked Larry King for being ‘fair’ during their interview

King’s brief interview with Simpson came when his attorney, Johnnie Cochran, appeared on Larry King Live. The first thing King asked of the controversial figure was, “How are you?”

“I’m doing fine,” Simpson replied. “I want to thank you a lot because so many of my friends have told me you’ve been fair.”

Simpson only stayed on the call for about 4 minutes, and afterward King noted to Cochran that “his voice sounded strong.”

King was slammed by other interviewers because he allowed Simpson himself to call into the interview, which took place the day after he was acquitted.

As The Washington Post wrote at the time, the interview was the “talk show equivalent of taking the witness stand without having to undergo cross-examination.”

Don Imus, a radio host, said of interviewing Simpson, “There is not enough money on this planet—I don’t care if it’s a billion dollars, he couldn’t get on this program. He’s a liar and a murderer. I’m not prepared to listen to that bull.”

King’s defense of his decision was just as blunt as his questions.

“If we had God booked and O.J. was available, we’d move God,” he said. “There’s nobody who wouldn’t take a figure of this magnitude.”