When the allegations against the actor Armie Hammer surfaced last year, it became one of those crazy internet stories that dominated the conversation and required immediate unpacking.

Here was a famous Hollywood star being accused of, among other things, cannibalism. 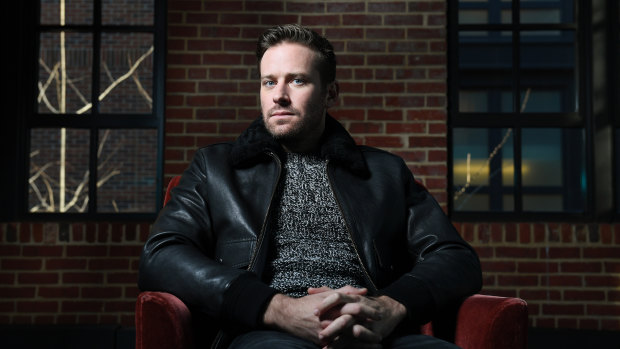 Armie Hammer in 2018. Hammer and his family are the subject of the new docuseries House of Hammer.Credit:Matt McClain/Washington Post

It began in January 2021 when an anonymous Instagram account, @houseofeffie, started sharing direct messages allegedly from Hammer on social media. The content was a million miles away from Adam “your body is absurd” Levine, with explicit references to rape, violence and cannibalism.

That led to multiple other women accusing the Call Me By Your Name star of similar behaviour, and a swift cancellation commenced. By March, he had been dropped by his talent agency and pulled out of all upcoming projects.

The final blow came when the Los Angeles Police Department confirmed it was investigating Hammer as part of a probe into alleged sexual assault. He was not charged, though the Los Angeles County District Attorney’s office said its investigation was continuing last month.

Hammer denied the claims through his lawyers, calling all interactions “completely consensual.”

But the story is far from over with the arrival of a new documentary, House of Hammer. The three-part series links the allegations levelled at Hammer with a history of abuse that stretches back to Hammer’s great-grandfather, oil tycoon Armand Hammer.

Armand Hammer was one of America’s most powerful men. He counted presidents and government officials among his inner circle. 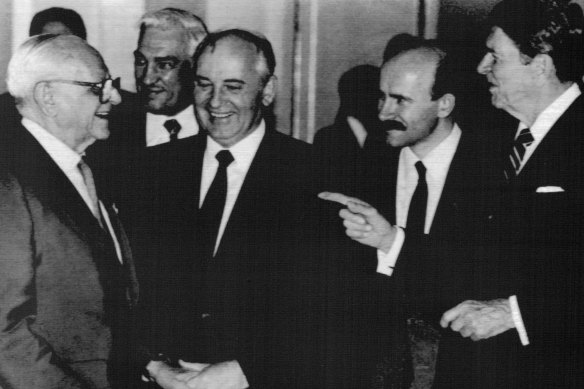 Much of the context is provided by Armie’s 62-year-old aunt, Casey Hammer, who is also a consultant on the series. Her self-published 2015 memoir Surviving My Birthright caught the attention of filmmakers Elli Hakami and Julian P. Hobbs after it went viral on TikTok.

“I felt like the universe was giving me a platform with Armie’s implosion,” Hammer tells The Age and The Sydney Morning Herald. “I knew I could either give the press a soundbite, which is what they wanted, or I could properly tell the story.

“Ultimately, I wanted to be an advocate for victims.”

The alleged victims provide the most shocking moments in House of Hammer, none more so than Hammer’s ex-girlfriend Courtney Vucekovich; at one point, she recalls he asked to “break my rib and barbecue and eat it.”

However, it’s impossible to ignore that Effie, the poster behind the Instagram account and arguably the highest-profile alleged victim of Hammer, refused to be involved, telling the LA Times the series was “exploitative.”

“Whoever wanted to participate was invited to, and if you didn’t want to, that was fine too; I don’t know what Effie is going through,” says Hammer.

“It’s hard with social media to be public about it, the haters end up deciding your fate, so I understand Effie’s hesitation to continue being involved.”

Hammer’s involvement was driven by a desire to spotlight the chequered history of her family which includes a history of control, excess and cover-ups. 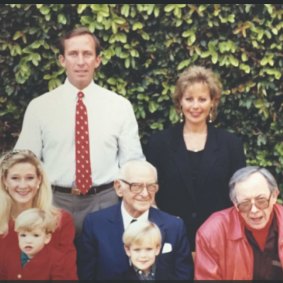 “We were the ideal family on the outside, rich and successful; it was perfect, but beneath the surface, it was a nightmare, like Succession but worse,” she says.

“In my family, the men mattered and the women didn’t. They were disposable and, based on the experience of how the men treated women in my family, I wasn’t surprised by the allegations against Armie.”

Across the three episodes, there are examples of Armie Hammer’s supposed appetite for control. It’s alleged at one point that he carved his initials into one of his victims to see how it would look. And this is the type of twisted experiment Casey Hammer says she suffered at the hands of her father, Julian.

“I was 11 years old and had to hold a phone book while my father shot at it to see if the bullet would go through,” Hammer says. “That was my normal.”

Armie’s aunt became estranged from the Hammer family after being mostly ignored in her grandfather’s multimillion-dollar will in 1990, which was reported to be worth about $US800 million ($A1.25 billion). Despite being close to the young star growing up, she hasn’t seen Armie in some time.

“The last time I saw Armie was 15 years ago when my mother passed away. She was the glue and, up until that moment, we were all in touch,” she says. 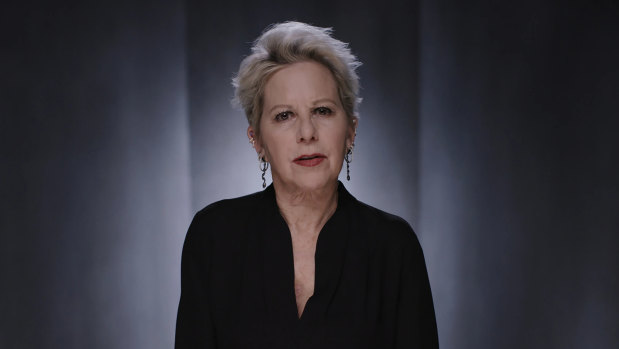 Armie’s aunt Casey Hammer sheds light on her family’s long history of abuse in House of Hammer. Casey also worked as a consultant on the series.

“Armie also brought along Elizabeth Chalmers, who at that point was his fiancée.”

The couple separated in mid-2020, six months before the first allegations were made. Chalmers has since admitted to watching House of Hammer, calling it “heartbreaking on so many levels and very painful.”

“I am sorry that Elizabeth has to go through this; it is so hard to exist in this family,” Hammer says.

Existing is about the best Armie Hammer can hope for right now, with The Social Network star reportedly selling timeshares in the Cayman Islands to make ends meet.

Despite the seriousness of the allegations against her nephew, Hammer maintains hope that he can rehabilitate.

“I hope Armie can heal,” she says. “But he needs to be held accountable and acknowledge what he has done and takes steps to make amends with the people he harmed.”

House of Hammer is streaming now on Binge.