A man has been branded a ‘genius’ for revealing how to make the perfect garlic bread while cooking chicken Kievs.

Taking to Twitter, the budding chef who goes by the handle @nefyn92, from Flint, Wales, shared a snap which shows two chicken Kievs placed on top of slices of bread.

Alongside the photo, he wrote: ‘Life hack – put bread under Kievs to capture garlic butter leakage and make garlic bread.’

And many social media users were left more than impressed by the handy hack – with one even joking he needs a ‘knighthood.’ 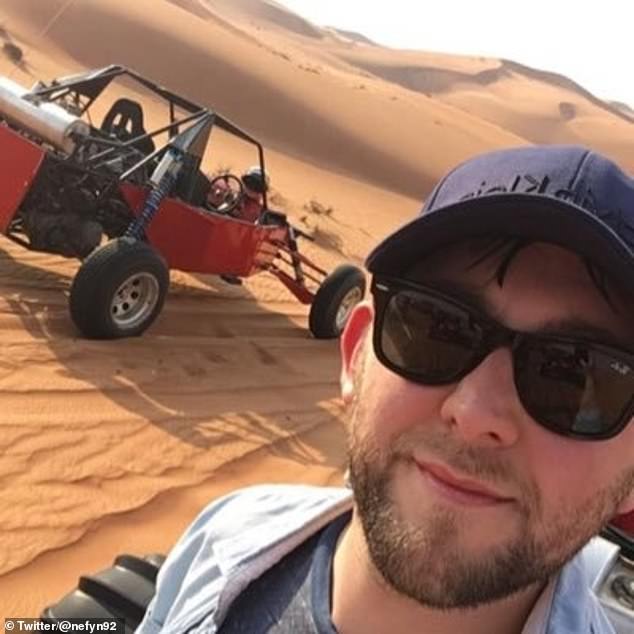 A man (pictured), who goes by the handle @nefyn92 on Twitter, from Flint, Wales, has been branded ‘genius’ for revealing how to make the perfect garlic bread by using a chicken kiev 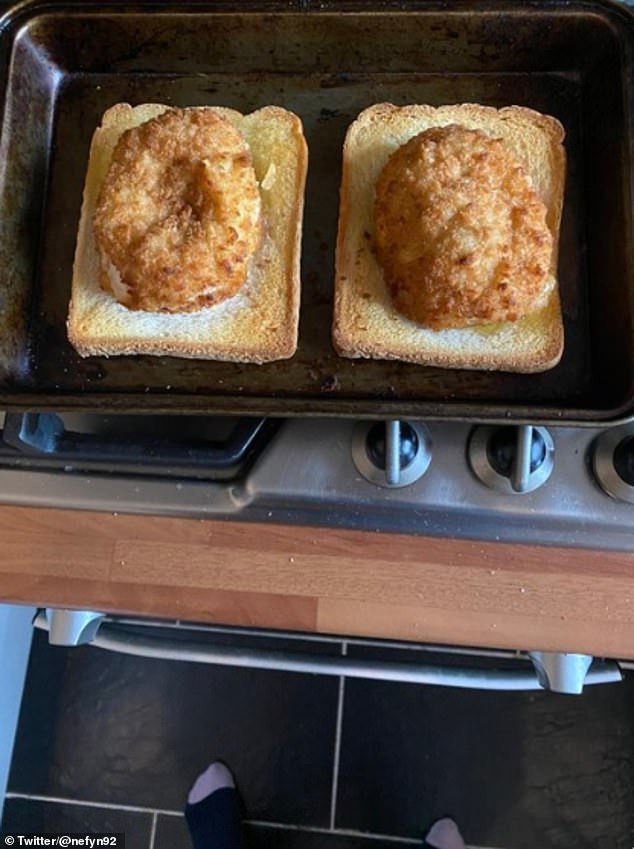 In the photo, two chicken kievs can be seen placed on top of two pieces of bread before being placed into the oven (pictured)

Many were quick to take to the comments section, with one joking: ‘Well I never…this guy needs a knighthood’ (pictured)

‘I can’t get over how genius this is,’ praised one, while a second enthused: ‘Will I never.. This guy needs a knighthood!’

The post quickly garnered over 3, 000 likes and hundreds of comments – with many in disbelief they hadn’t thought of the idea before.

‘Whats it like living in 2030?’ joked one, while a second commented: ‘I’m 45 years old. Why have you waited until now to deliver this life changer? Where have you been?’

However, others were keen to share their own creative ideas for what the excess garlic sauce could be used for – including chips, mash and vegetables.

‘Nope, pour the butter over mash potatoes,’ suggested one,’ while a second commented: ‘No – over chips, do it right! ‘

A third added: ‘I do the chips in the same tray as the Kievs, and get buttery garlic chips,’ while a fourth agreed: ‘I usually cook mine on the same baking tray as my chips….voila garlic chips.’

Meanwhile, a further wrote: ‘I cook mine on the same tray as cherry tomatoes and fresh asparagus.’

However, there were a select few who struggled to understand how the bread didn’t burn considering the kievs take around 20 minutes to cook.

Speaking of his photo, the man in question replied: Nope – this was after 20 minutes. I guess because it’s in an oven and not a grill it doesn’t burn.’ 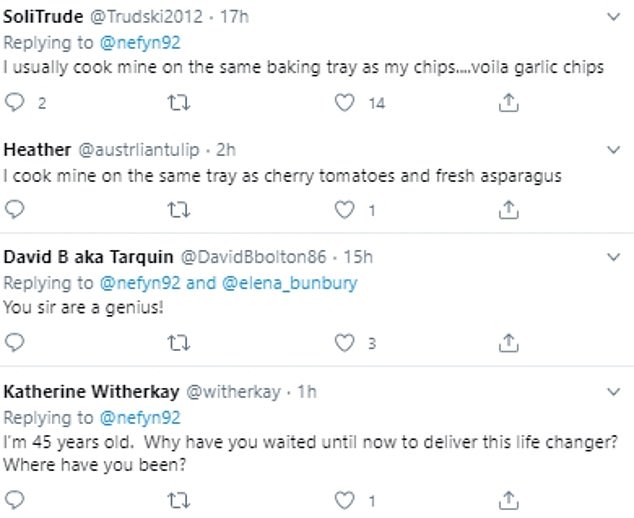 While many were impressed with the man in question’s ‘life hack,’ they suggested other ways in which the excess garlic sauce could be used (pictured)

Surprise! Why ‘Cats’ wasn’t the biggest box office bomb of 2019