Mandy Moore and Hilary Duff’s babies have a playdate

Just months after becoming a mom, Mandy Moore is bringing sunshine to the red carpet.

At the 2021 MTV Movie & TV Awards on Sunday, the “This is Us” star, 37, made her first red carpet appearance since giving birth to her son, Gus, earlier this year.

Moore stunned in a yellow, belted Altuzarra gown with a plunging neckline, calling the style “a little sunshine” in an Instagram post.

She completed the bright-colored look with black Jimmy Choo heels and wore her hair slicked back in a bun with a middle part that Gen Z would no doubt approve of.

During the award show, she teamed up with co-star Justin Hartley to present the award for “Best Hero” to Anthony Mackie for his role in “The Falcon and the Winter Soldier.”

She later opened up about her “harrowing” delivery experience, saying that nonetheless she “can’t wait to do it again.”

Gus is already making friends with the next generation of Hollywood kids, going on playdates with Hilary Duff’s baby, Mae. 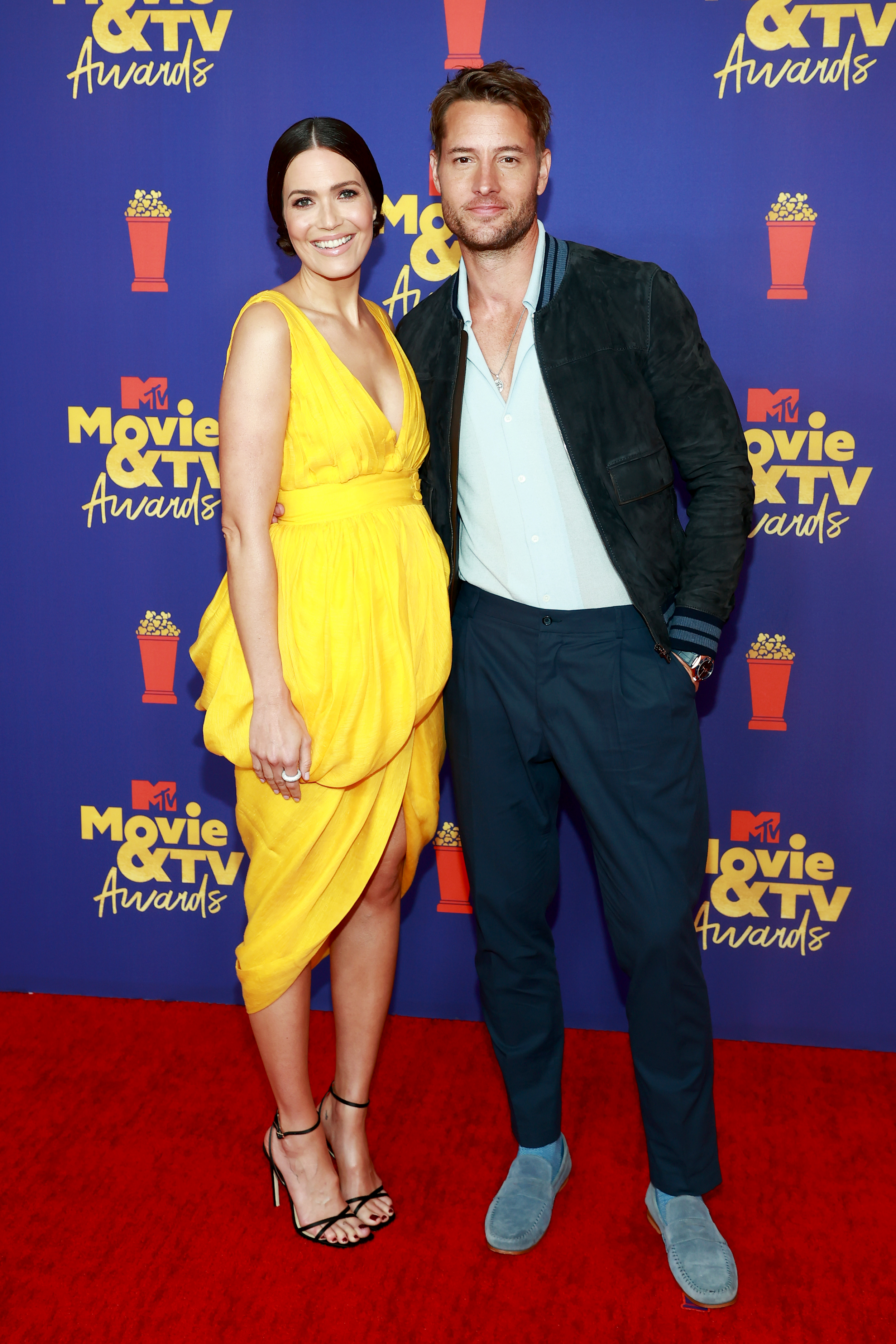 The new mom wasn’t the only “This is Us” star celebrating a red-carpet milestone, as Hartley also made his red-carpet debut with girlfriend Sofia Pernas.

The pair sported rings on their left ring fingers, further fueling marriage rumors just weeks after Page Six revealed they were first spotted wearing the jewelry during an outing in Malibu.

Moore and Hartley’s run on the hit NBC show “This is Us” will be coming to an end soon, with the series set to conclude with Season 6.

Will Taylor Swift & Katy Perry Collaborate On A Song? Fans Think So For A Convincing Reason