Meghan ‘must remember she is no longer on the red carpet’ and now plays a supporting role to Harry and the Queen, says Queen’s former aide Dickie Arbiter

The Queen’s former aide Dickie Arbiter has claimed the Duchess of Sussex should ‘stop trying to do things herself’ and listen to royal aides.

Appearing on Nine News Australia, the former spokesperson advised Meghan, 37, to leave behind her old red carpet habits and adjust to her new duty playing a ‘supporting role’ to Harry and the Queen.

Dickie, who worked as the Queen’s aide for 12 years and reportedly infuriated Charles when he released a ‘tell-all’ book on the family in 2014, also claimed Meghan should ‘stop trying to be clever’.

However he did question recent reports by Tatler, which claimed that the pregnant duchess had been given the cruel name ‘Me-gain’ by her staff. 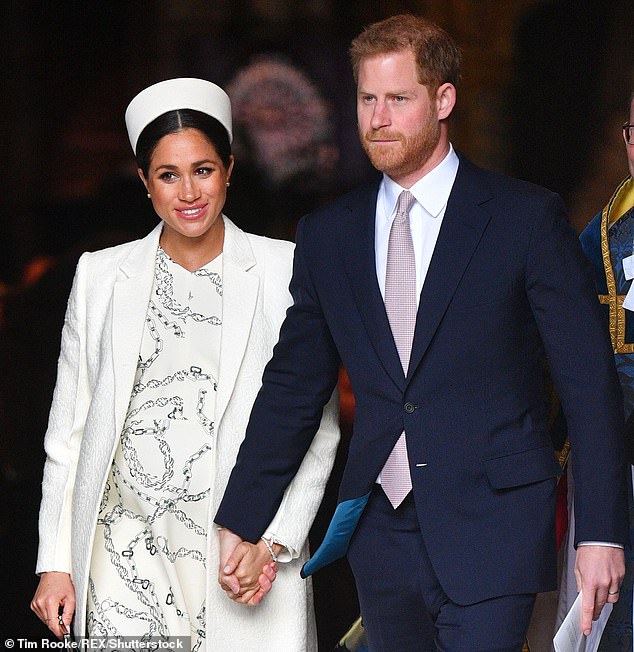 The Queen’s former aide Dickie Arbiter has claimed the Duchess of Sussex, seen with Prince Harry at Westminster Abbey this month, should ‘stop trying to do things herself’ and listen to royal aides, and leave behind her red carpet habits

Dickie said: ‘What Meghan has got to do is forget she is on the red carpet of show business – she is now on the crimson carpet of monarchy.

‘She plays a supporting role, not just to Harry but to the Queen as well.’

Addressing her directly, he added: ‘Listen to the communication secretary and operate under their advice. Don’t try and be clever. Don’t try and do things yourself.’

However he questioned recent reports in Tatler which claim that she has been cruelly nicknamed ‘Me-gain’, he said: ‘I put a big question mark over it.’ 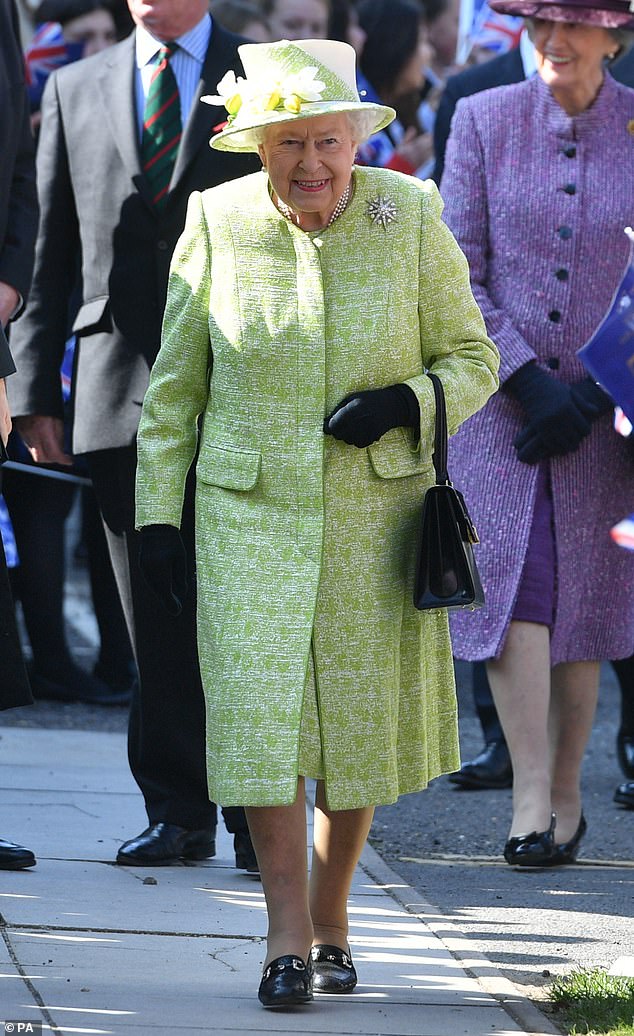 The former spokesperson advised Meghan, 37, to leave behind her old red carpet habits and adjust to her new duty playing a ‘supporting role’ to Harry and the Queen, seen in Somerset this month 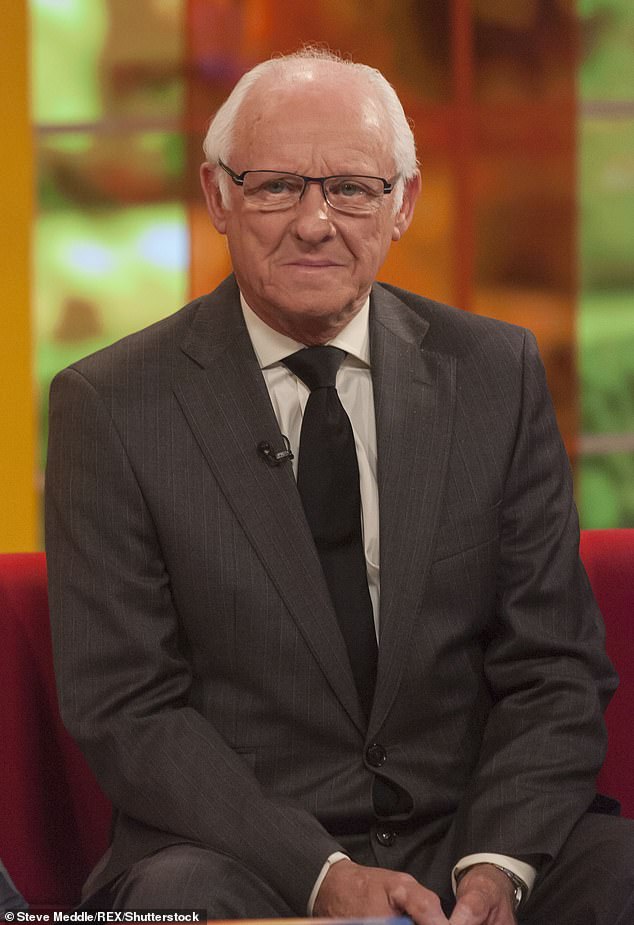 Appearing on Today’s Nine News Australia, the former spokesperson who worked as the Queen’s aide for 12 years and reportedly infuriated Charles when he released a ‘tell-all’ book on the family in 2014, also claimed Meghan should ‘stop trying to be clever’. He is pictured on Daybreak in 2013

A new report published in the May edition of Tatler, has claimed yet another unflattering nickname has been used for the Duchess: ‘Me-gain’.

Recalling the vicious attacks Sarah Ferguson was subject to after marrying into the Royal Family, the article reads: ‘Meghan has seen nothing like that – even though staff at Kensington Palace are now calling her “Me-Gain”.’

Kensington Palace has disputed similar reports surrounding the Duchess’ relationship with her staff on a number of previous occasions.

The Duchess of Sussex, who is due to give birth to her first child in the coming weeks, has been dogged by reports that her relentless work ethic that has proved problematic for aides.

There have been a number of personnel resignations over the past year, including personal assistant Melissa Toubati, who is said to have handed in her notice last year because the work had become ‘too much’.

And earlier this month it was announced Amy Pickerill, who was appointed as Meghan’s assistant private secretary just last year, is to leave her post after the couple move to Frogmore Cottage in Windsor this month.

It is understood that Amy will be leaving the Royal Household altogether and moving overseas.

She has played an important role in introducing Meghan to royal life, organising charity projects such as the cookbook the Duchess published to help families affected by the Grenfell Tower disaster. 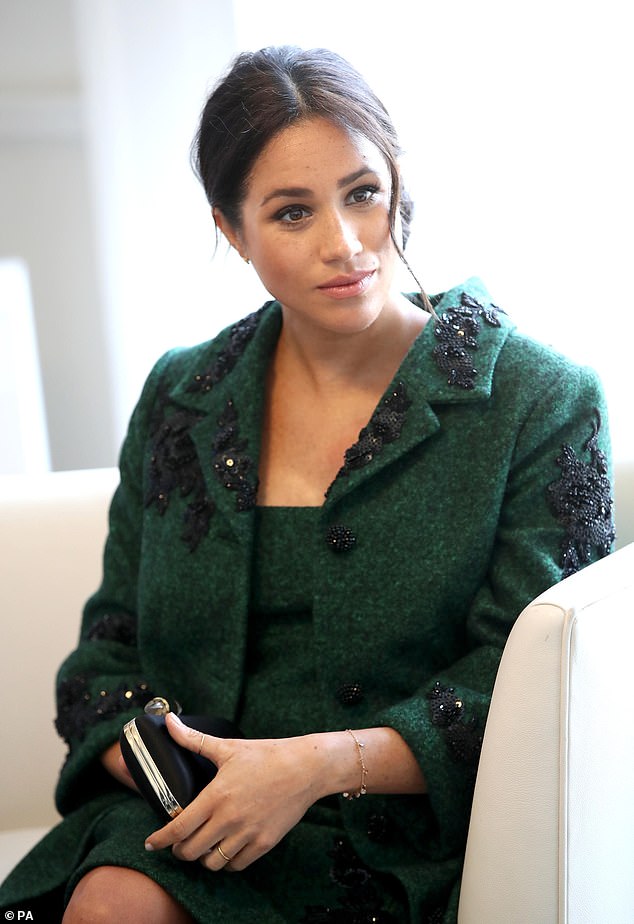 Tatler claimed this week that the Duchess of Sussex has earned the cruel nickname ‘Me-Gain’ thanks to her ambitious attitude. Pictured, Meghan during a visit to Canada House in London this month 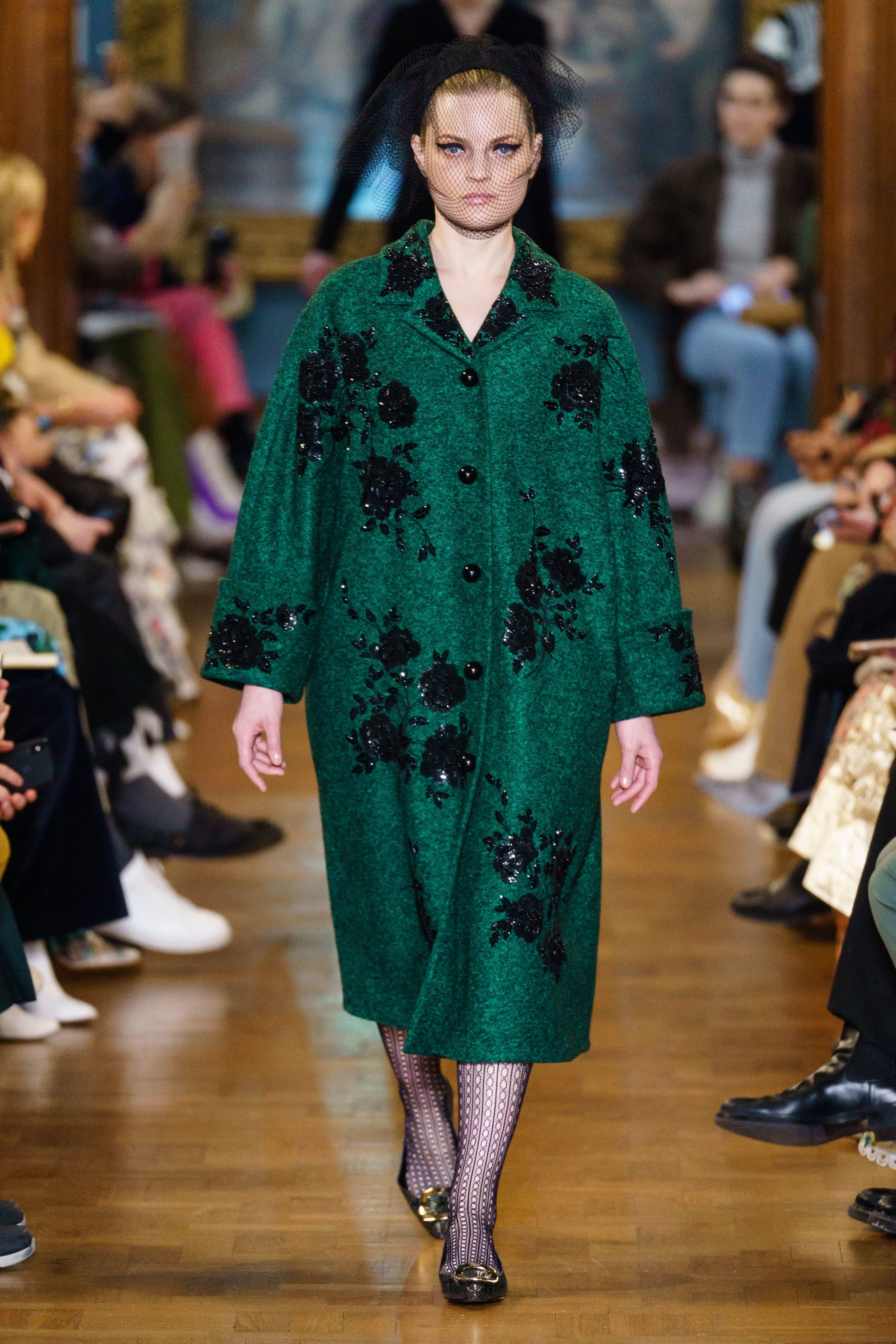 Shop the label at NET-A-PORTER…

When the Duke and Duchess of Sussex paid a visit to Canada House Meghan paid tribute to the country she lived in for over six years via her outfit.

Her stunning coat is by Canadian-born designer Erdem, and between the rich green shade, wool fabric and black floral beaded embellishment, it's a work of art.

The swing fit and bracelet sleeves give it a vintage vibe, and this custom made design is inspired by a style from Autumn/Winter '19 collection (pictured, right). Add in her favorite Aquazzura heels, and Meghan looked positively glowing.

Click (right) to shop the current Erdem collection at NET-A-PORTER, or make them green with envy in one of the Erdem-esque options we've found for you.

‘Burden’ Is Based On True Events From The ’90s, But Feels Timelier Than Ever