Nothing says New York more than being able to sin and repent in the same place.

The church’s executive minister Amanda Hambrick Ashcraft found the location after senior minister Rev. Jacqui Lewis sent her on a search for a new building to worship in over the summer.

The church held its first service there on Sunday and Ashcraft told Page Six they had “no idea” about the members’ only bar — which is inside a landmark 19th-century chapel at 275 Park Avenue South — complete with an altar and a confessional booth.

“I had so many spreadsheets [with options] — and then we wouldn’t hear back from places. It was an exhaustive process… and then we finally signed an official space agreement with The Parish of Calvary Church that houses Chapel Bar [next door] a few weeks ago,” she said.

Fotografiska and NeueHouse CEO Josh Wyatt is the co-owner of the new Chapel Bar. They hosted several parties during New York Fashion Week — including bashes for the new “Gossip Girl’ cast and Vogue magazine — before officially opening to its Fotografiska members.

“I think that is a trend as people navigate through the pandemic: People want to know that the company, or the venue that they’re going to spend their time in, is being curated by a community that is dedicated to whatever they stand for. In this case, it’s arts, culture and photography,” Wyatt told The Post ahead of its opening. 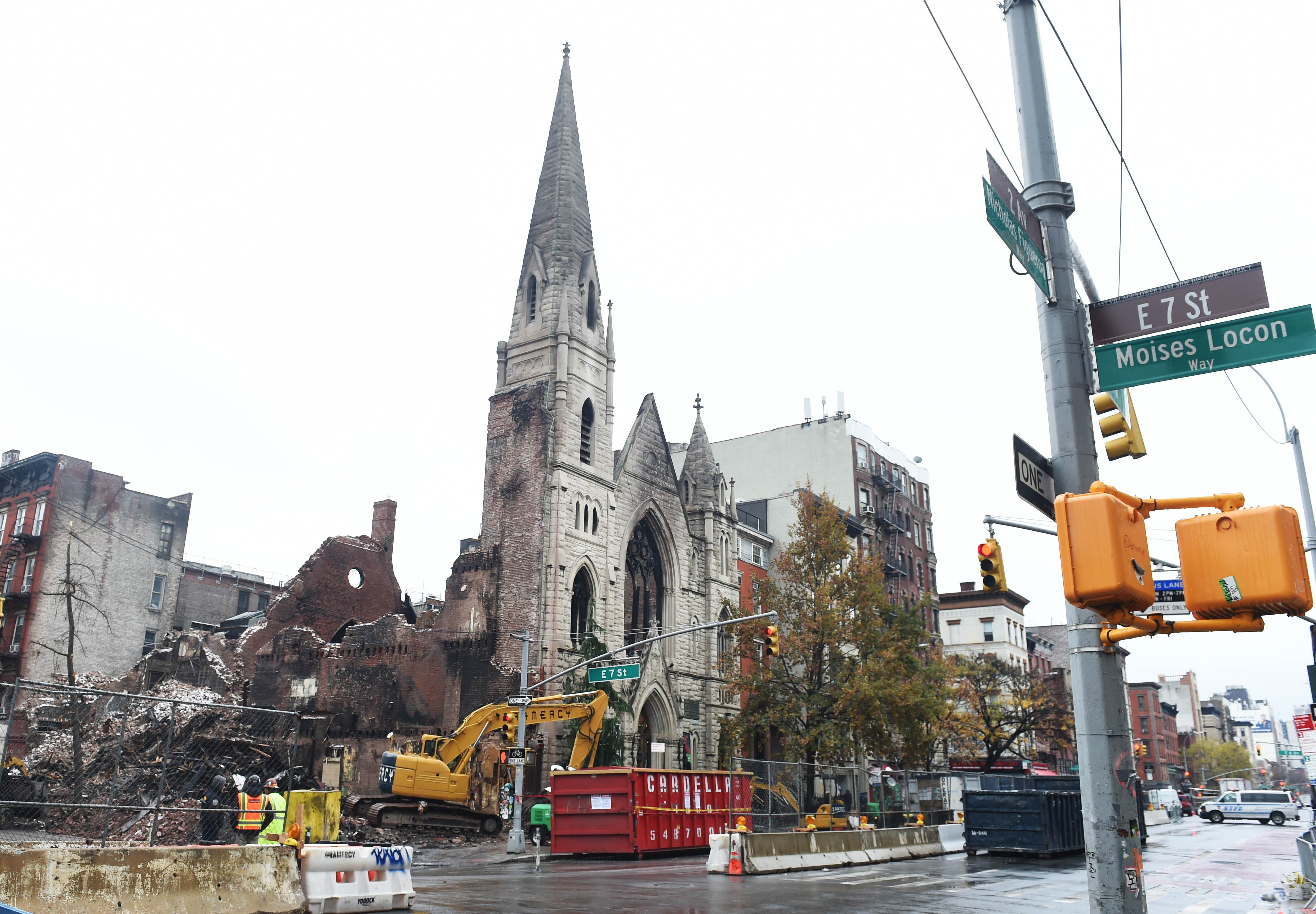 Meanwhile, Middle has been relying on its artsy congregation and visitors including Titus Burgess, Chelsea Clinton, Ani DiFranco, Norah Jones and Ellie Kemper to help raise funds for its Middle Rising rebuilding effort. At Sunday’s service, they played a video of Stephanie Mills performing “Home” at one of their fundraisers to inspire people to give.

And while Chapel and Middle are technically not in the same building (the latter is adjacent at 277 Park Avenue South), Ashcraft said she and Rev. Lewis hope to collaborate with the members-only spot.

“There’s something about how spirits led Middle Church & Chapel Bar to the same building at the same time that we should pay attention to,” she said. “When you stop and think about it, the human connections, creativity and passions on both sides of the wall aren’t all that different.”

How Britney Spears’ hairstylist transformed her blond hair to pink

Vacay Approaching? Start Shopping Now With This 40%-Off Minidress!