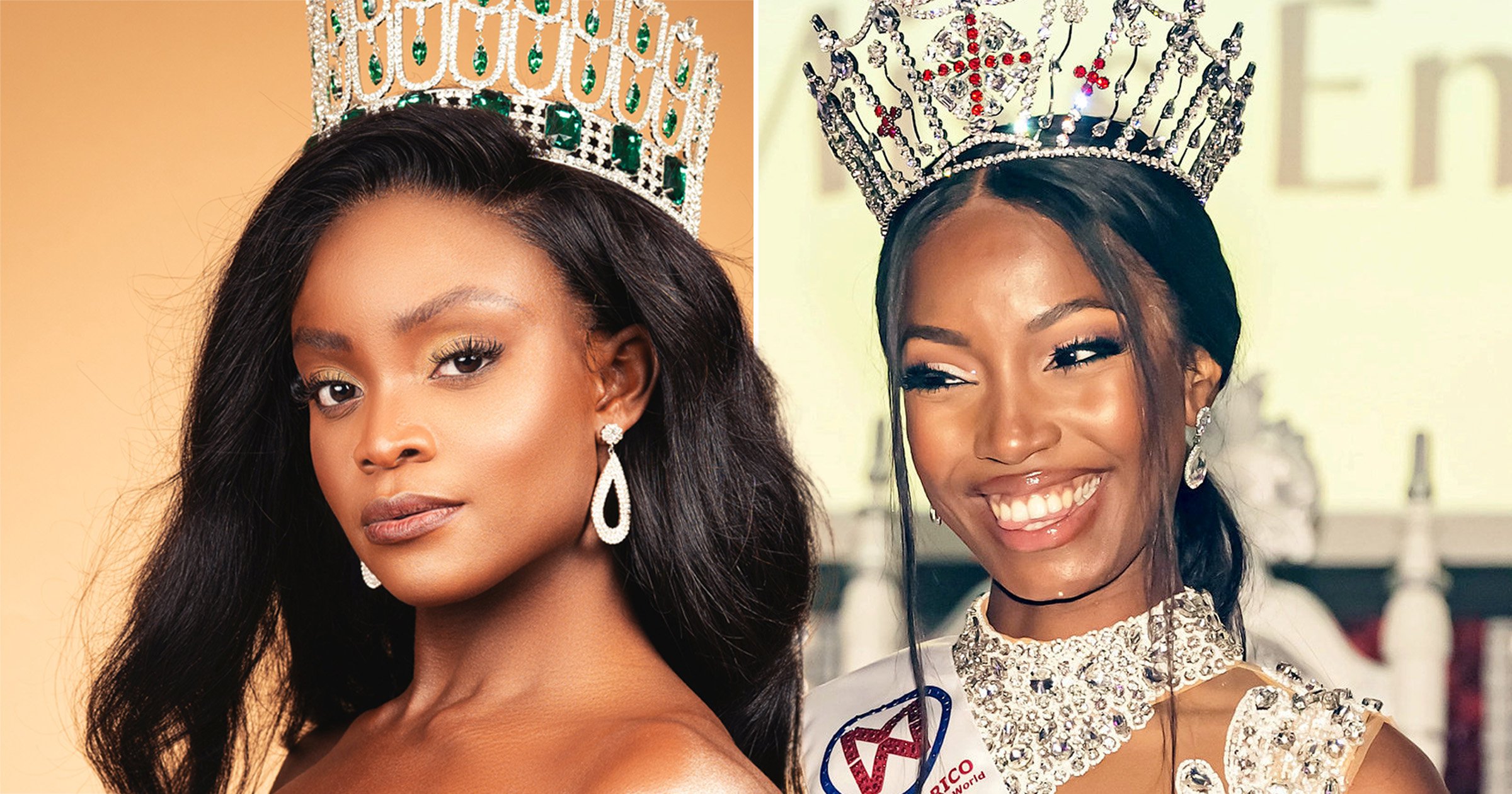 The newly-crowned Miss England and Miss Ireland have revealed that they were both experienced racism when they took their crowns.

Now, the pair are teaming up for Black History Month to hit back at racist trolls.

Pamela Uba, who is 26 and a former asylum seeker, won Miss Ireland earlier this year – becoming the first Black winner in its 74-year history.

Rehema Muthamia, 25, was later crowned Miss England after reaching the final under the new category of Miss All African Colours.

But following their victories, both women were targeted by vile trolls who sent racist messages of hate on social media.

The beauty queens are now joining together to celebrate Black History Month and to take a defiant stand against the racists.

They will hold an Instagram Live event on Wednesday evening to discuss what this month means to them and how they overcame the online abuse.

‘Black history month is a chance for us all to celebrate and share the rich heritage of various cultures, promoting understanding and diversity, ultimately breaking down the walls of fear and ignorance with knowledge, love and understanding,’ says Pamela.

‘It is a time where we not only celebrate the great work of those who came before us but also recognise what other Black people in our present time have and are achieving.’

Speaking about the abuse previously, she added: ‘All I can say is that hurt people are the ones hurting people, and you shouldn’t let them break into your bubble and break you down.’

Pamela and Rehema are set to jet off to Puerto Rico to compete in the final of the 70th Miss World next month.

Rehema adds: ‘I take this month to analyse my identity as a Black British African woman, and how I navigate myself through society.

‘As well as educating myself on the immense strength and great sacrifices that Black people have made through the trials and tribulations of the past, and an understanding of our present, in the hopes of bettering our future.’

Rehema won the crown after the unanimous decision of the judges for the first time in Miss England’s history.

She entered the contest after winning the title Miss Africa All Colours, a new category launched in response to the Black Lives Matter movement.

Following her victory, Rehema had to endure racial abuse – but she has stood defiant against the trolls.

‘It’s honestly so disappointing and sad that racism continues to exist in this day and age but I choose to focus on the positives,’ she says.

Rehema’s journey to the top hasn’t always been easy and she entered the competition to help her cope with the trauma of being stalked and harassed by her ex-partner.

Rehema, from north west London, was hounded by ex-boyfriend after they split up in 2019.

She now wants to use her title as a platform to inspire and help other women who have been in her position, and she raises money for the charity Women’s Aid.

The health technology consultant adds: ‘I would have to say that the most difficult experience that I’ve had in life is having gone through an abusive relationship and it’s not something that people speak about, especially in young women – I am only 25.

‘But having gone through a relationship that was abusive it helped me learn more about myself.

‘I will now use this platform in Miss England, to help other women that maybe in that have been in my position.’