Paying tribute. Nicolas Cage has broken his silence after ex-wife Lisa Marie Presley died at the age of 54.

“This is devastating news,” Cage, 59, told The Hollywood Reporter on Friday, January 13. “Lisa had the greatest laugh of anyone I ever met. She lit up every room, and I am heartbroken. I find some solace believing she is reunited with her son Benjamin.”

“It is with a heavy heart that I must share the devastating news that my beautiful daughter Lisa Marie has left us,” the late singer’s mother, Priscilla Presley, told People in a statement on Thursday, January 12. “She was the most passionate, strong and loving woman I have ever known. We ask for privacy as we try to deal with this profound loss. Thank you for the love and prayers. At this time there will be no further comment.” 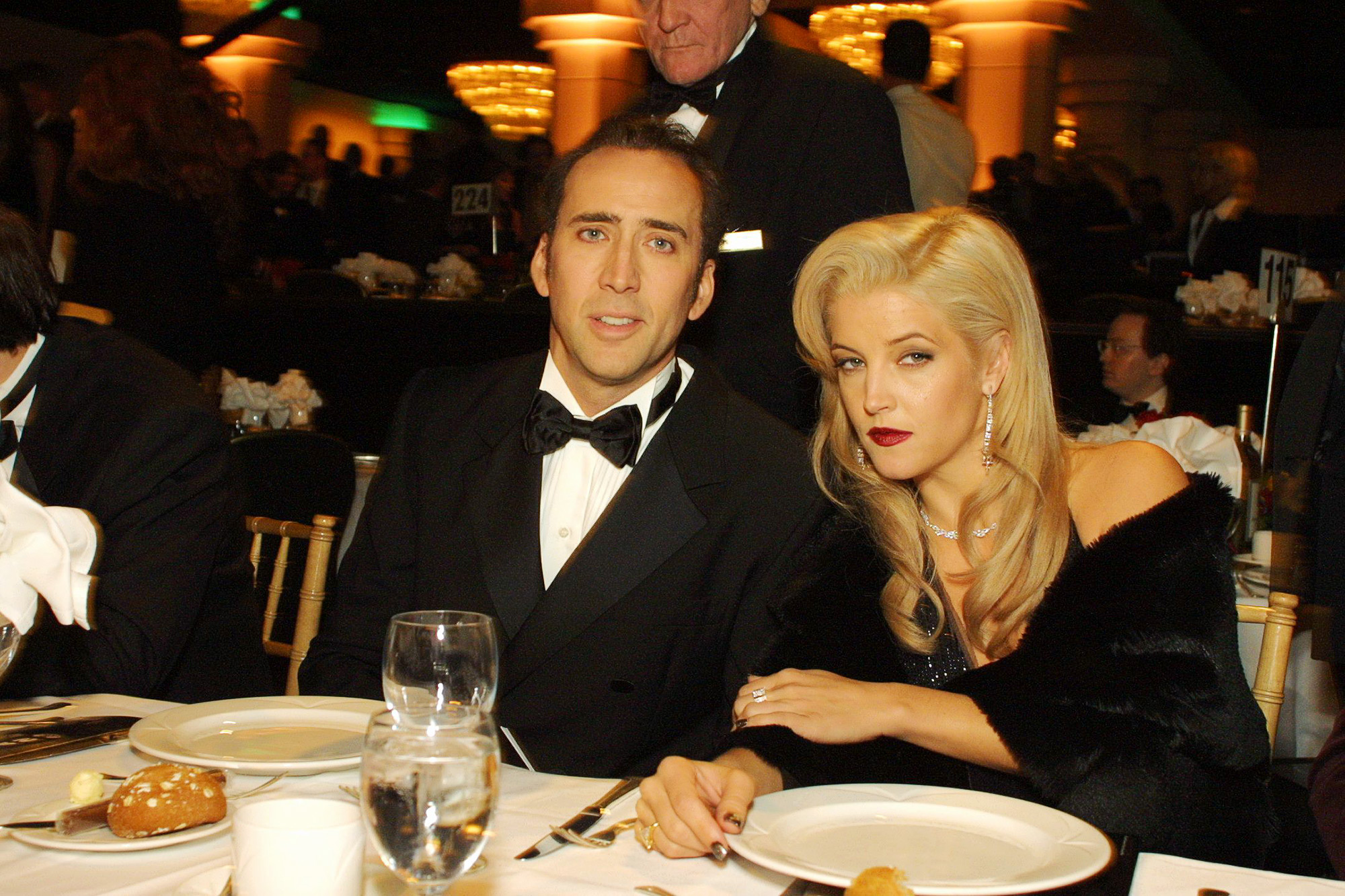 Hours earlier, Us Weekly confirmed that the “Storm & Grace” songstress had been rushed to the hospital after going into cardiac arrest. TMZ, who was first to report the news, noted that paramedics had performed CPR at her home in Calabasas, California, before transferring her to a local medical facility.

The Elvis by the Presleys coauthor was born in February 1968 to late musician Elvis Presley, who died in 1977 at the age of 42, and Priscilla. The former couple split in 1972 when Lisa Marie was 4 years old. As Lisa Marie grew up, she followed in her father’s footsteps and became a singer.

The “Nobody Noticed It” singer’s personal life also made headlines through the years. After her 1994 divorce from Danny Keough, Lisa Marie moved on with Michael Jackson, whom she was married to between 1994 and 1996. She later wed the National Treasure star in 2002 before they split four months later. Their divorce was finalized in 2004.

“I walk into a party not knowing who I’m going to meet, and there’s this beautiful girl standing in the middle of the living room wearing this short leather skirt and this fluffy jacket, and she looks up at me with these big, beautiful, soulful eyes that look like they have a sad story to tell, and I just went ‘Oh.’ I was thunderstruck,” Cage told Barbara Walters, who died last month, in a 2003 interview of their first meeting. “We got to talking, we got to know each other, and she’s hilarious and she’s a real firecracker and she tells it like it is.”

The former couple — who met when the Ghost Rider star was legally married to ex Patricia Arquette — tied the knot in August 2002 in Hawaii on the 25th anniversary of Elvis’ death.

“She was born with the pressure of an extremely famous name from day one; I was a young actor in Hollywood with the name Coppola trying to make it with those pressures,” Cage — whose uncle is acclaimed filmmaker Francis Ford Coppola — told Walters at the time of their similar upbringings. “There was a logic to it, there was a sense to it.”

The California native later married Alice Kim between 2004 and 2016 and Erika Koike for four days in 2019. He tied the knot for a fifth time in February 2021, marrying Riko Shibata.

Lisa Marie, meanwhile, married fourth husband Michael Lockwood in 2006. The couple shared twin daughters Harper and Finley, both 11, and called it quits in 2016 after a decade together. Their divorce was finalized in 2021.

“Michael had been hoping for a speedy and complete recovery because her children needed her,” an attorney for the guitarist, 61, told Entertainment Tonight on Thursday. “It is very sad it didn’t turn out that way. Michael’s world has been turned on its ear. He is with both of his daughters now.”

Lisa Marie is survived by her 77-year-old mother and daughters Riley Keough, whom she shared with ex-husband Danny, along with Harper and Finley. The “Dirty Laundry” musician was also the mother of son Benjamin Keough, who died by suicide in July 2020 at the age of 27.