Interesting timing. Kanye West had to make sure his facial hair looked fabulous for his date with Julia Fox earlier this week, so he had a barber meet him in the middle of their rendezvous for a quick grooming session.

How Kanye West Influenced Kim Kardashian’s Style Through the Years

The 44-year-old actor and the 31-year-old Uncut Gems actress popped over to Craig’s in West Hollywood. And according to friend Antonio Brown’s Instagram Stories, the Donda rapper had a makeshift barber shop set up in what appears to be the restaurant’s bathroom.

In the video, West, who is draped in a black cape, looks dead ahead as a professional cleaned up his stubble with an electric razor. While shuffling dishes and personnel were heard in the short clip, the fashion designer doesn’t say a word. 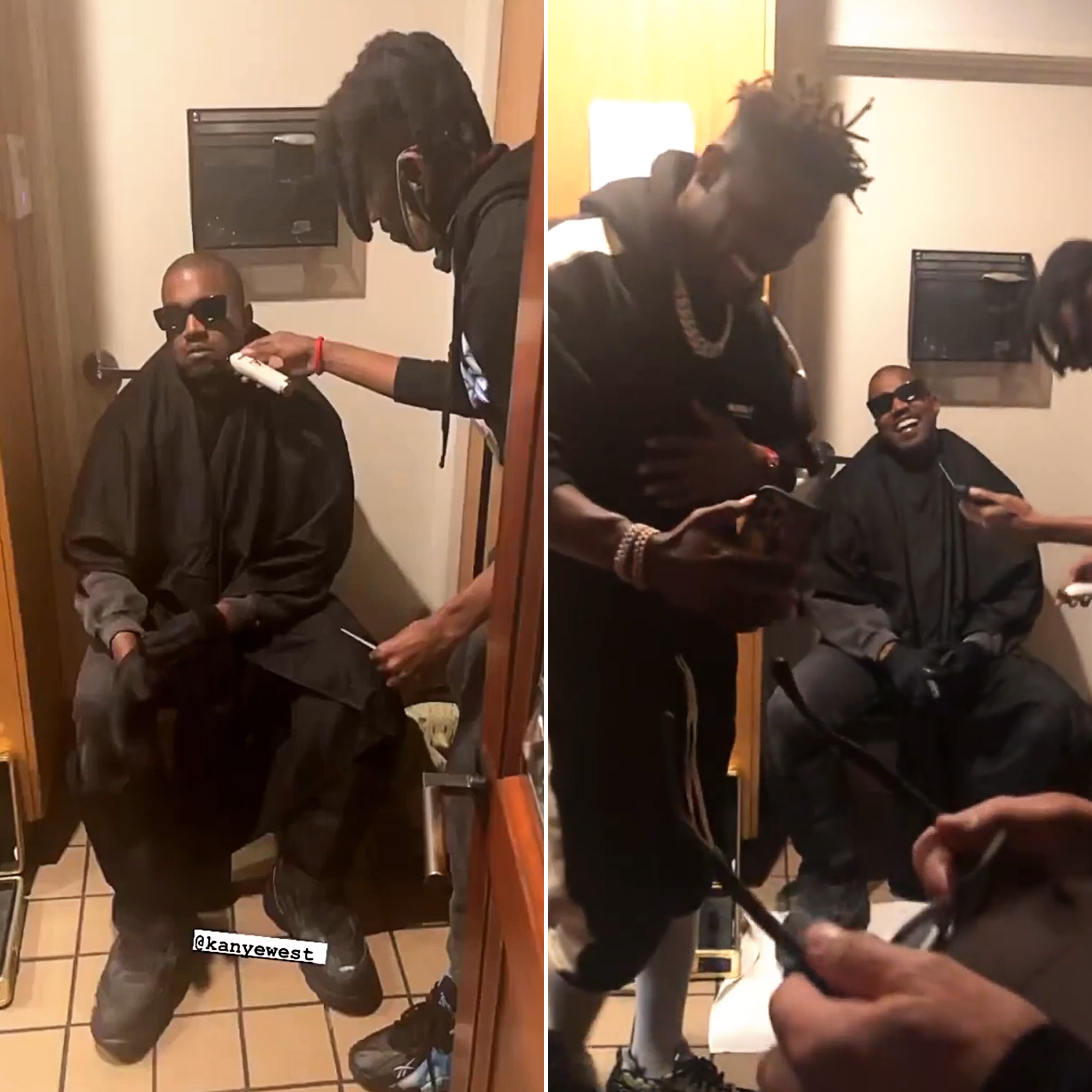 While getting his beard shaved was certainly an unlikely addendum to a date, it honestly shouldn’t come as too much of a surprise as looking good has become a big part of West’s romance with Fox.

For their most recent outing, the pair made sure to color coordinate in charcoal grey ensembles. Fox rocked a Charlotte Knowles jacket, Diesel denim and a Balenciaga bag — and it’s a good guess that West had a hand in picking out her attire. For the duo’s second date, which went down in New York City earlier this month, the Yeezy founder surprised the actress with an entire hotel room full of clothing.

According to Fox, who penned a letter reflecting on her evening with the rapper, the whole experience was a “real Cinderella moment.” “I mean, I’m still in shock,” she wrote. “Ye had an entire hotel suite full of clothes. It was every girl’s dream come true. I don’t know how he did it or how he got all of it there in time, but I was so surprised. Like, who does things like this on a second date? Or any date!”

In the end, the No Sudden Move star decided to wear a Balenciaga ensemble complete with black pants, gloves and a t-shirt before heading over to see the Broadway show Slave Play.

Kim Kardashian’s Futuristic Sunglasses Cover Half of Her Face: Pic

West and Fox sparked romance rumors earlier this year and a source told Us that the pair are “having fun.” Another source said that the duo are “not serious” and that West is “living his best life” following his split from Kim Kardashian.

Lady Gaga Is Postponing the Release of Her New Album