Home » Lifestyle » Over budget and unpopular: The final days of the commuter car parks

One of a raft of commuter car parks promised by the Morrison government in Melbourne’s east was so unpopular that 81 per cent of residents rejected the project before funding was axed suddenly in the lead-up to the May federal election.

Unpublished documents drafted by Boroondara Council in March, obtained by The Sunday Age under freedom of information, reveal the projected cost of another car park, in Hawthorn, had blown out to double what was initially set aside by the former federal government. 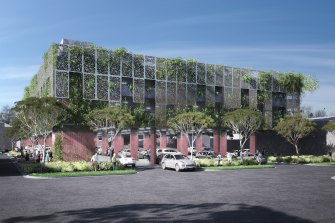 An artist’s impression of the Glenferrie Station commuter car park in Hawthorn, which will no longer go ahead.Credit:Boroondara Council

Then-treasurer Josh Frydenberg announced in March that four commuter car parks would no longer go ahead in his former electorate of Kooyong, following community consultation, three years after they were promised during the 2019 election campaign.  The Australian National Audit Office had critcised the former government’s allocation of money from the fund for favouring Liberal seats.

The Boroondara documents reveal, for the first time, the extent of community opposition to the car parks.

Eighty-one per cent of 758 residents who responded rejected the proposal for a commuter car park at Canterbury station. The council estimated the car park would cost $16.785 million — more than the $15 million set aside by the federal government — to build 97 parking spaces at a cost of $173,000 each.

But the projected cost of the Glenferrie commuter car park, in Hawthorn, had more than doubled from $15 million to reach almost $31 million, the documents show. 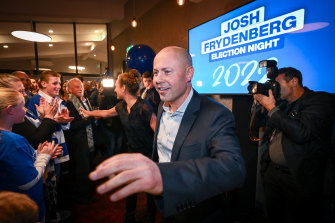 Former treasurer Josh Frydenberg on the night of the May 21 federal election.Credit:Eddie Jim

Delivering the project would have cost taxpayers $185,000 for each of the 167 parking bays, despite 68 per cent of residents opposing it in a survey of 862 locals.

“These funding ‘variations’ have been presented to the federal government [which] acknowledged that additional funds are requirements for [Glenferrie and Canterbury],” a Boroondara Council officer wrote in the draft report.

Boroondara mayor Jane Addis said the council had been given in principle support for further funding for the car parks from the Commonwealth Department of Infrastructure, Transport, Regional Development and Communications.

“The department had been willing to support increases where there was a clear justification and the project could proceed if adequate funding were available. This approach may have been possible, as capacity existed within the fund, due to some projects not proceeding,” Addis said.

The government had to abandon a proposed commuter car park at Surrey Hills because the Victorian government was merging the station with the nearby Mont Albert station.

The documents had been drafted for consideration at a council meeting that was cancelled once Frydenberg axed the plans. The documents were days away from being made public, had the government not dumped the funding.

The freedom of information request was filed in March, before the Morrison government was voted out and Frydenberg lost his once safe seat to independent candidate Monique Ryan.

The proposed parking expansion at Camberwell station — which was under-budget by $7.12 million — did have majority support to add 87 parking spaces at a cost of $148,000 each, with 58 per cent of residents backing it. 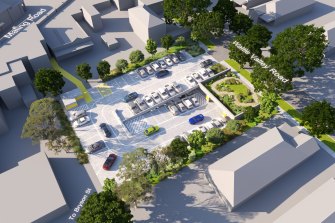 The Canterbury commuter car park, which would have included basement levels.Credit:Boroondara Council

Despite clear opposition to the Canterbury and Glenferrie proposals, Boroondara Council was disappointed by the federal government’s about-face, and argued there was a significant lack of parking in those areas.

“Council officers have considered the consultation and feasibility works to determine the project has merit and should proceed to deliver a key place plan initiative and reduce parking demand in local streets,” the draft report said, regarding the Canterbury station plans.

Addis said the council had not formed a view on that proposal. She said she was disappointed because the council had lost the opportunity to consider community feedback after “a substantial investment of public funds” had gone into feasibility studies.

Councillor Victor Franco, a long-time critic of the “ill-founded” projects in Canterbury and Glenferrie, said the plans were not based on sound transport strategy, distracted council and wasted money.

“They were crass pork barrelling. But, fortunately, our community saw through this. These projects should never have progressed as far as they did,” Franco said.

In 2021, the federal Auditor-General found 77 per cent of projects in the Commuter Car Park Fund were pledged to Coalition seats, and that the grants process lacked transparency. A spreadsheet entitled “top marginal electorates” was used by the government to identify possible seats for car parks.

The projects were supposed to bust congestion by encouraging people to drive to a train station and take public transport to and from the city.

Transport and traffic consequences were the key reason residents objected to the proposals in Boroondara, but some survey respondents raised “pork barrelling” as reasons not to proceed.

“Have you heard of induced demand? It’s when you provide more car parking and you get more traffic!” one person said in response to the Glenferrie proposal.

Of the Camberwell project, another said: “This is effectively another car parks rort by the federal … government trying to buy votes.”

Josh Frydenberg and the Department of Infrastructure, Transport, Regional Development and Communications were contacted for comment.

Experts warn of ‘cascading effects’ of pandemic on mental health