Everyone has a set retailer they rely on for key products and essentials.

For me it’s Boots for my toiletries, Space NK for skincare, Waitrose for groceries, John Lewis for my kitchenware . . . and M&S for my sandwiches, PJs and thoroughly sensible undies.

Being a middle-aged, middle-class British woman, there will be millions more just like me.

And yet we may be in for a big shock next time we step inside a branch of M&S to stock up on our generous belly-warmer knickers and boulder-holder bras. 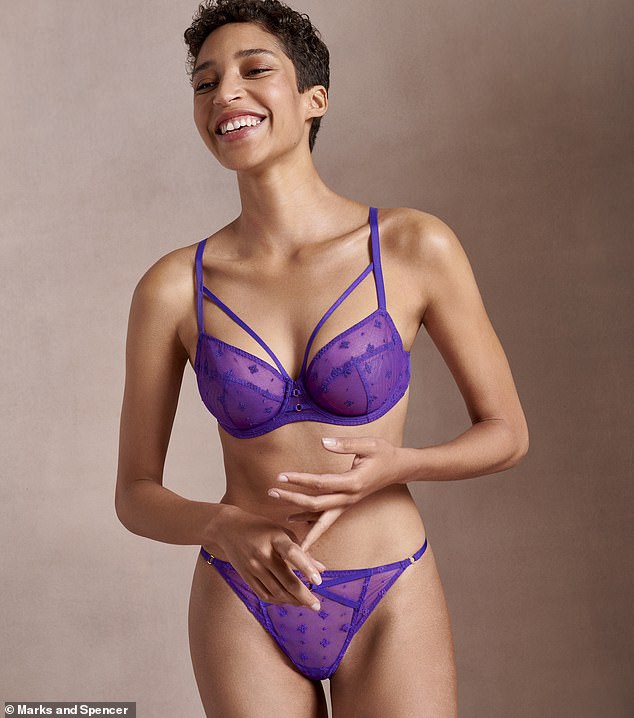 Take a glance at the lingerie pieces in the store’s new ‘Boutique’ line and you could be forgiven for thinking that a consignment from Ann Summers made its way to M&S by mistake.

The Satin Spot knickers feature cut-outs in areas where you really don’t want cut-outs. The Eyelash styles (so called because one of those thongs could bring tears to your eyes?) leaves little to the imagination. And as for the Mesh collection — well I’ve seen more fabric on a handkerchief than I have on some of those briefs.

Call me old-fashioned, but are M&S’s core customers really after the sort of sexy, stripper-style underwear that wouldn’t look out of place on your average 21-year-old Love Island contestant?

Not that there’s anything wrong with young women wanting to splash out on daring underwear — I used to be one of them — it’s just that I doubt M&S is the go-to lingerie retailer for twentysomethings.

I wince now when I recall some of the undies I used to wear when I was a young slip of a thing.

From the age of 20-30 my knickers consisted of scanty scraps of fabric, thongs or itchy, lacy affairs that my mother would never have let me leave the house in had she known what was going on beneath my clothes.

The bras I bought for my 34C boobs were flimsy, shiny and mostly bought on instalments from a catalogue. If I had been run over and found not to be wearing a matching set, I’d have died of embarrassment. 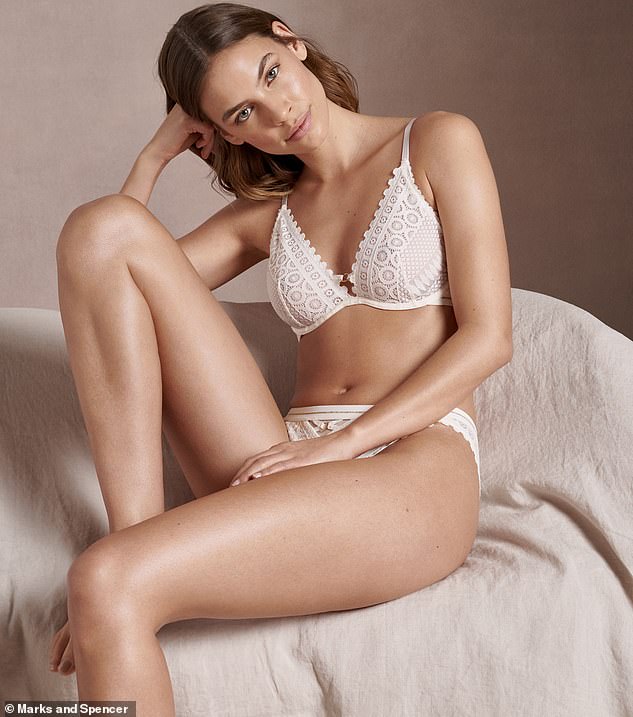 The store’s new ‘Boutique’ line features a range of lingerie, something Claudia claims Marks & Spencer’s customers are not looking for in their shops

Fast-forward to today when it’s a totally different story. I’m 54, a size 16 with a wobbly bottom, an even wobblier tummy and a matronly bosom that enters the room 30 seconds before I do. For the past ten years I’ve purchased my undies at M&S as they tick every box on my ever-growing list of requirements.

My knickers must be plain, comfy, 100 per cent cotton waist-huggers, and generous enough to provide full bottom coverage.

My bra must have cups big enough to bathe a newborn in and be underwired with no artificial padding. (I’ve got quite enough of the natural kind.)

I also need sturdy straps that allow me a hefty ‘hoik factor’, enabling me to pull up my EEs so that they are closer to my chin than they are to my knees. All items must be machine washable because life is too short to handwash your smalls. I no longer give a fig about buying a matching set or VPL. You can see the seam of my knickers through my jeans? Fill your boots. Even in the pre-Covid days when we were allowed to try on bras I never did.

I just threw them in my basket along with my profiterole pyramid, Percy Pigs and BLT sandwiches, safe in the knowledge they’d fit and look fine.

Let’s be honest, none of the above screams ‘sexy saucepot’ does it? And sexy saucepots are the only women who are going to be attracted to the Boutique line where knickers start at £8 and bras at £16. 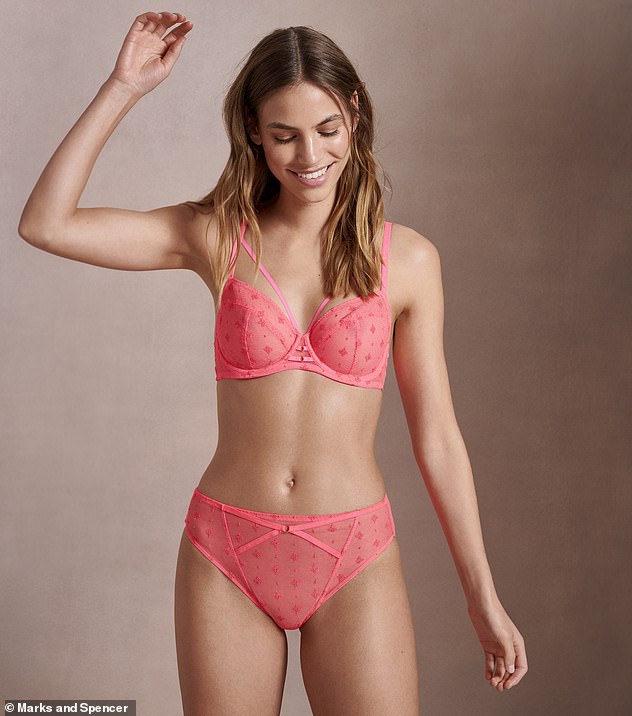 Marks and Spencer’s head of lingerie, Soozie Jenkinson, says the Boutique line is a ‘blend of ingredients such as best-in-class embroideries, laces and exclusive prints to dress modern silhouettes’

I don’t want my undies to be ‘fun’. I just want my knickers to not ride up when I sit down and for my bra not to give me back fat or leave me with the dreaded ‘four boob’ effect. The two I’ve already got are hard enough to control, thank you very much.

Marks and Spencer’s head of lingerie, Soozie Jenkinson, says of the Boutique line: ‘We blend ingredients such as best-in-class embroideries, laces and exclusive prints to dress modern silhouettes such as bralettes, camisoles and non-padded bras to create lingerie which is joyful in spirit.’

I wonder if anyone has ever gone shopping for underwear and informed the sales assistant that they are in the market for some pants that are ‘joyful in spirit’?

While M&S has been in the fashion doldrums for some time, their lingerie and food divisions have held firm. Today one in three British women buys her underwear from the retail giant, but is Mrs M&S ready for see-through suspenders and peekaboo bras in Pepto-Bismol shades? Not to say that every shopper wants boring and bog-standard. The success of the Rosie range (designed and modelled by model Rosie Huntington-Whiteley) is testament to that.

When the Rosie collection was introduced in 2012 it went on to be M&S’s best-selling lingerie range of all time. But there’s a difference. The Rosie sets are structured and look classy, vintage and elegant — not like something you’d be afraid to hang on the washing line in case the neighbours gossiped.

The same can’t be said of the Boutique collection, which looks far too flimsy to contain the flesh of anyone over a size 12.

Guilty of forgetting their core customers so many times in the past, I do hope that M&S’s latest attempt to sex up our underwear drawer doesn’t backfire.

FIVE OF THE BEST: HOTTEST SETS ON THE HIGH STREET 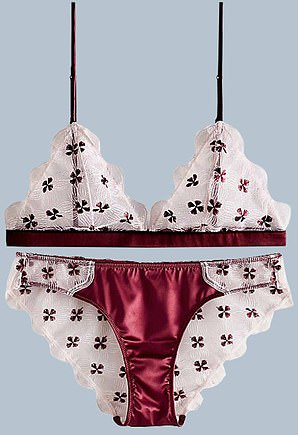 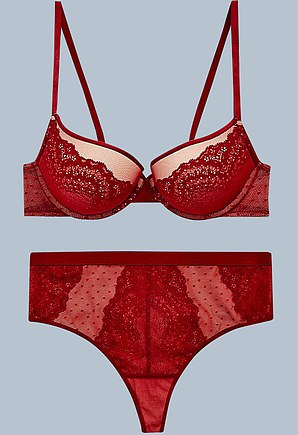 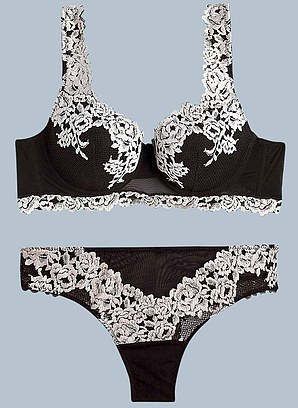 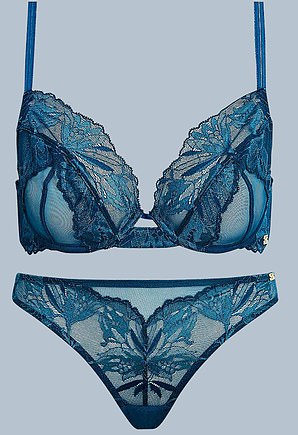 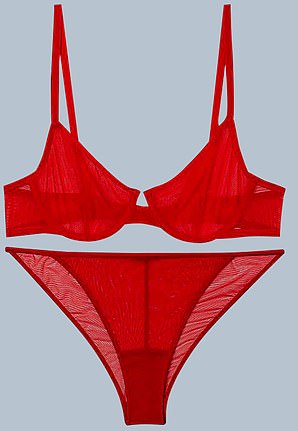 Person in Jetpack Spotted Again Flying Near Los Angeles Airport — This Time at '6,000 Feet' Up in the Air

The Hoxton launches 30-guest wedding package for £6,000 – including cake