Piers Morgan got into a heated debate with columnist Liz Jones on GMB on Wednesday, over her calls for veganism to be treated as a religion.

The controversial Good Morning Britain host accused the writer, who describes herself as a practising vegan but confessed to sometimes eating eggs, of wanting to ‘end the human race’ because she suggested humans are the ‘most dangerous animal on the planet’, and could not continue to consume meat.

It follows news of a landmark employment tribunal that is currently debating whether ethical veganism should be considered a religion, which greatly offended Piers.

Liz said she worshipped animals as her god and believed that it being considered a religion would help protect her from ridicule; but Piers fiercely questioned her dedication to being a vegan after she confessed to eating eggs. 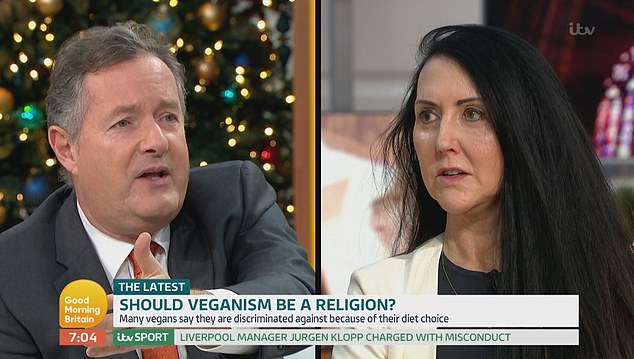 Piers Morgan and Liz Jones clashed over calls for veganism to be made a religion, with the columnist saying that it would protect her from ridicule

Piers also accused her of not caring about the billions of insects he said are harmed in the process of bread-making.

‘These are sacred animals it doesn’t matter what size they are… Ask any farmer, billions of insects get murdered,’ Piers said.

‘You are eating your bread, toast, munching baguettes, abusing people like me who eat steak, but you don’t care about the little guys do you?’

As Liz attempted to defend her stance on bread he asked: ‘So are you going to stop eating bread then?’

‘I do eat bread. But vegans do the best that we can, we live the best life that we possibly can.’

Liz said: ‘To me [veganism] is more important than Brexit this is the debate about the future of the planet and how we treat the animals we share it with.’ 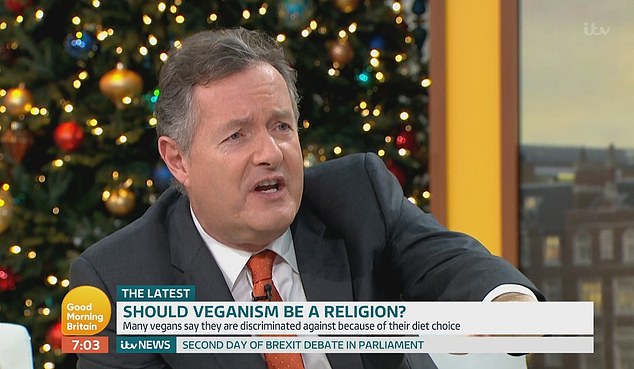 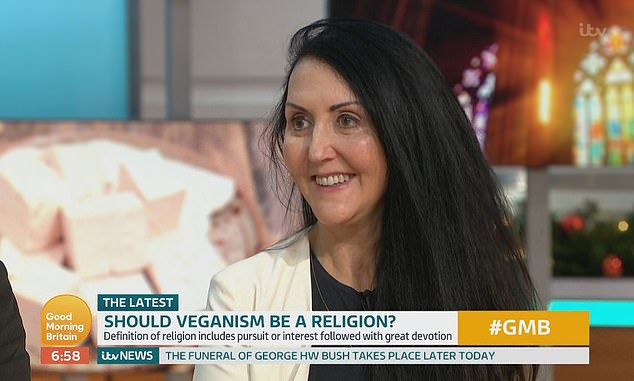 But as Piers questioned the extent to which veganism could be applied to certain situations, he asked if all living organism should not be harmed including disease, adding: ‘So we would all die?’

‘Well I haven’t had children so I am not perpetuating the most dangerous animals on this planet,’ Liz said.

Infuriated by her response Piers said: ‘So just to clarify I think you just said you want to end the human race?’

Liz chuckled at Piers’ anger, saying in response: ‘There are too many humans on this planet. If we continue to eat meat the way we do…

‘If you care about children you would be vegan because that is the only way we will feed the planet.’ 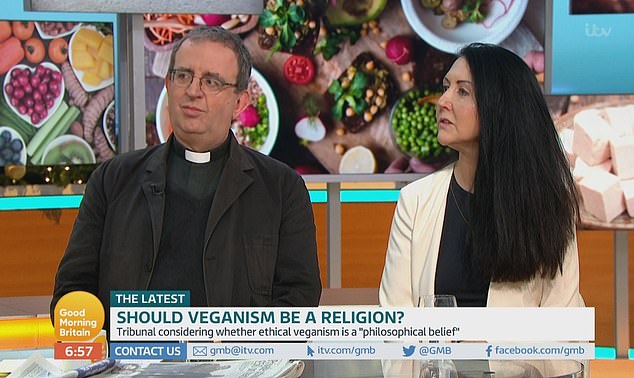 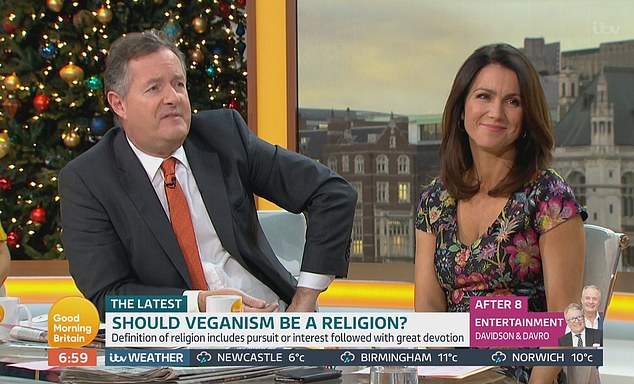 ‘I wouldn’t cull children, I’m saying if you’re so concerned about the human race the only way we’re going to feed ourselves is by not eating meat.

‘It has been scientifically proven, we cannot continue to consume meat in the way we do. Because children are starving.’

An incredulous Piers also blasted the writer for confessing that she eats eggs from her own chickens because she knew their names.

Good Morning Britain airs weekdays on ITV from 6am

Why Matthew McConaughey Is Against Vaccine Mandates For Kids