Casting the role of Marco Pena, the “handsome, charismatic new classmate” of Elle (Joey King) in The Kissing Booth 2, was a challenge. Marco isn't just sexy—he also sings, plays the guitar, and can dance. So, basically, trying to find the male version of Jennifer Lopez. Not easy.

“I was immediately spooked,” says Taylor Zakhar Perez says of the role that eventually became his. “In the casting breakdown it said, ‘Please submit professional singers and dancers. We would love to consider Eurovision or American Idol stars,’ or something like that.”

While Zakhar Perez was confident in his singing and dancing, this was a different kind of pressure. “I didn't think I'd have time to learn a song or the choreography the way I wanted to," he explains. "Plus, this role was for a guy who played guitar, and I have never played guitar in my life. I grew up playing piano." But thanks to some last minute voice and choreography lessons, Zakhar Perez, a musical theater fan from Chicago, impressed the Kissing Booth producers. 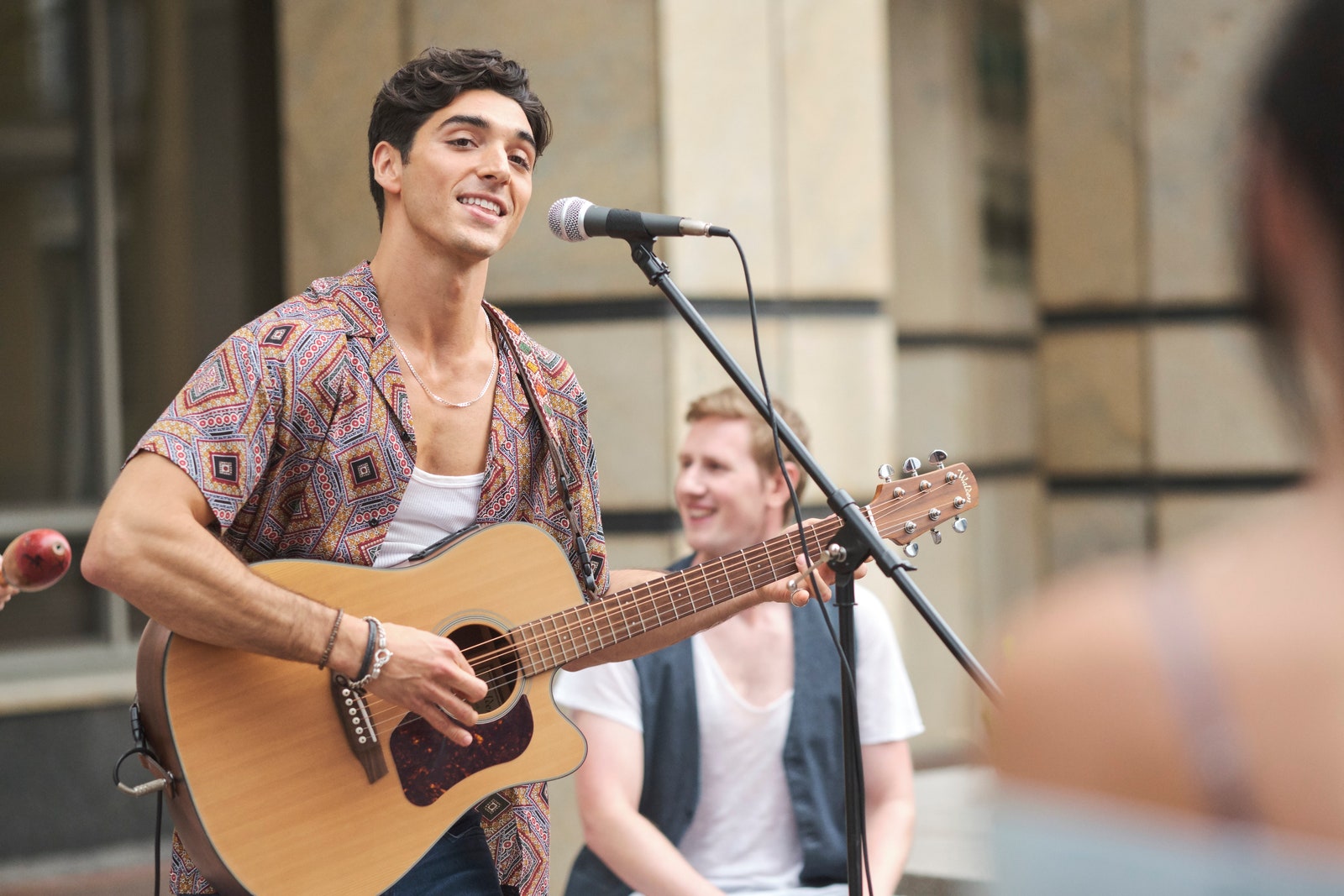 Next came a chemistry read with King—who, Zakhar Perez says, was “the loveliest, most supportive and present scene partner.” Nearly a week later he found out he booked the role, but there was no time to celebrate. “It was like, ‘You start dance and guitar rehearsals next week!’ Did we ever. We practiced dancing for hours. Hours! I wish I could bold and italicize and put that in 150 font. That’s how much we practiced.”

Calling the experience a “labor of love,” Zakhar Perez says it was one of the most rewarding adventures of his burgeoning career. After forming a friendship with King while filming the movie in South Africa, he can't wait for fans to see the sequel to the most rewatched movie on all of Netflix in 2018.

So, knowing you'll want to know all about Zakhar Perez, we asked him to play Inappropriate Questions, Glamour’s column that asks all the cheeky, slightly off-kilter stuff best saved for a second (or better yet, third) date. Not one to turn down a challenge, he dished on everything from his ideal date activity to whether he'd go out with a fan. Read our unfiltered conversation, below.

OK, be honest: Had you seen The Kissing Booth when you went to audition?

No! I had no idea it was such a phenomenon. When I went in to audition, it didn't say it was for The Kissing Booth 2. They kept it a secret. However, the script kept talking about the kissing booth, so I thought, “Hmm, let me look this up.” I finally watched it before my third meeting with the producers.

And by then you were a fan of Noah and Elle and thought, “There’s no way I can come in and potentially cause trouble for this relationship.” Right?

[Laughs] I asked my sister what she would do in this situation because she is my litmus test with all things high school. She was like, “It looks like this guy is going to come in and maybe be a new love interest for this person,” but then Vince broke it down for me at the chemistry read with Joey.

There's certain Taylor-isms in Marco. Like Marco, I’m not afraid to share my feelings with those around me. But I follow through a lot more than he does. He’s the kind of guy that tries really hard but doesn’t want to show that he’s trying really hard because if he fails then he doesn’t really fail. If I fail, I’m like, “OK, next one, moving on.” Marco hides behind it. 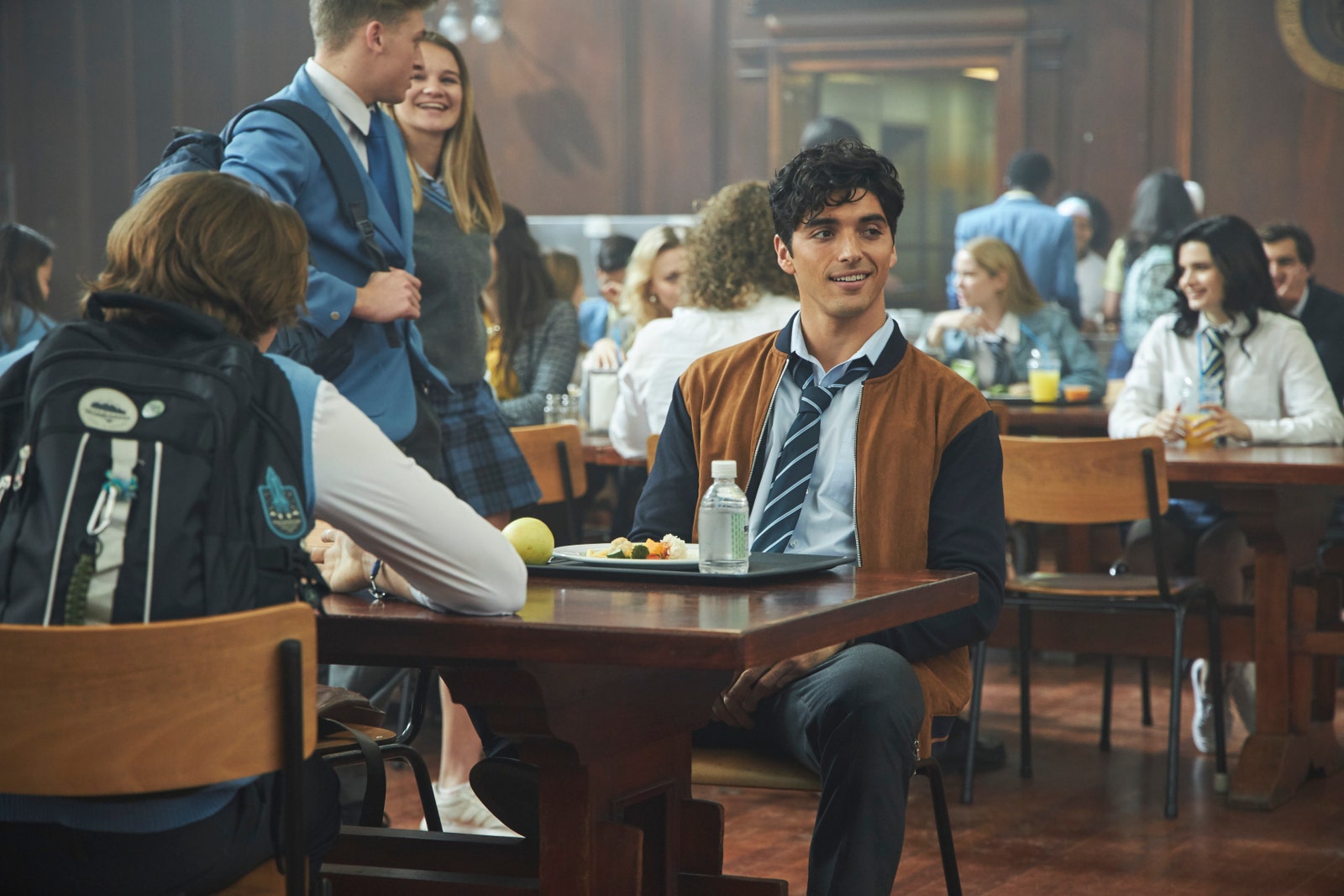 You have seven siblings. How would they describe you?

They always see acceptance and love, but know I'm not afraid to speak my mind. My motto is, “Say what you mean but don’t say it mean.” We argue and yell at each other, but it’s because you have the best interest in your siblings. [Laughs] Only a sibling can call you out on that because they love you—at least mine do. They would also say I'm the planner of the family, especially when they come to visit me in L.A. I get a little stressed when plans don’t go the way they’re supposed to.

You have a background in musical theater, so what musical would you take a date to?

The Book of Mormon. If you can hang during The Book of Mormon, we have the same humor. I haven’t done it yet though. Wait, have I? No. I don’t think I’ve ever taken a date to a musical. I should.

I don’t know how to transition to this next question, but…

Thanks to the trailer, how do you feel about being called a snack?

It’s weird, right? I keep getting #TeamMarco comments on my Instagram, followed by, “You are a snack, indeed!” It’s funny. People are called far worse things.

What is your favorite snack?

I have three: cut up apples, popcorn, and dark chocolate. I have a retainer and always break it, so that’s why I have to cut up the apples. The dark chocolate I eat is so bitter that no one wants to share with me.

You gained 30,000 new Instagram followers after the new trailer came out. Are you prepared for what that number will jump to when the movie actually premieres?

I know, it's coming at me at 110 mph down the 101 freeway! I got a little taste of it when I was in Cape Town filming with Joey because she's recognized no matter where she goes. I’ve always been very private, so I don’t know if I’m looking forward to the attention, but I’m definitely looking forward to using my platform for good.

I’m not dating anyone.

Would you ever date a fan?

You know, that’s a good question. Hmm. Like, I’m a fan of Joey and wish that she would date me, you know what I mean? [Laughs] I feel like it’s different if you’re in the same industry with each other and a fan of each other's work. I don’t want to say no, because you never know. What if you date someone that doesn't know who you are but then becomes a fan of your work?

Do you have a type?

I love adventurous people, someone that says yes all the time. I paddle board and hike and surf, so I feel like my friends are my type. I’m a huge proponent of dating friends or people you’ve had heart-to-hearts with before you become intimate. Emotional intimacy is way more important to me than sexual intimacy.

What are the most important issues you want a partner to care about?

I think self-awareness is big. And not filtering your thoughts to make me feel better. Respect. Also, a willingness to get out of your comfort zone, or at least just have a conversation about it. I'll try anything twice.

Even a food you hate?

Yeah, I’ve had chicken feet, pig’s feet, intestines. I’ve traveled a lot, so when I go to different counties, I feel like I have to try things. Anything twice!

I floss though! [Laughs]

I’m definitely a day or weekend trip kind of guy. I really don’t like when someone limits it to the evening. I know this sounds corny, but walking on the beach is fun for me. I knew a girl that had to be carried through the sand because she had issues with it. I was like, “Oh my God.”

I also like learning something new together, like a cooking class. You can’t really vibe with someone from a cup of coffee. That should be reserved for business. You get to see their personality in different situations from an activity. If you get on a paddle board and are afraid to fall in the water because you think the fish are going to touch you and kelp is going to freak you out, I’m like, “Alright, we’re done.” You need a thick skin because we might go on camping trips and not have water for 12 hours and have to hike for food. You have to be down to roll with it!

https://www.instagram.com/p/BUpk8zDD83y” data-instgrm-version=”8″>What is something you dislike but everyone else seems to love?

The Bachelor. Also, cheese. Cheese grosses me out.

But not pig’s feet?

Yeah, I don’t know why. I think pig’s feet are gross, but I think most people don’t like pig’s feet or have had pig’s feet. Everyone I know loves cheese. I do eat pizzas sometimes. I had a couple slices last week, but then I got sick and wondered why I did that to myself.

What's the weirdest thing you do when you’re alone?

Talk to my mini Schnauzer Jack like he’s a human. I will legit lay on the floor and say, “I love you, I love you.” I hear his breathing change; he makes these noises like how a cat purrs, and it’s so cute that he knows this feeling. I also organize when I’m by myself. I’m about minimalism when it comes to everything…like why are four pickle jars in the fridge?! Who is having this many pickles? Can we consolidate? I’m an avid room reorganizer.

https://www.instagram.com/p/B-FfPiSgbfh” data-instgrm-version=”8″>You have redesigned interiors for a lot of homes, so this makes sense.

Yeah, my uncle was a set designer and art director, so he taught me a lot in that realm. My brothers are clueless about this stuff, but it’s a bit more second nature to me.

What are three things you’d want if you were designing a house?

Herringbone floors, a giant window that slides open on a track, and an A-frame style that has two stories with a lake.

Who is your celeb crush?

What is the quality you'd most like to improve about yourself?

What’s the last thing you read that you loved?

A Little Life. It wrecked me. Joey actually gave it to me as a cast gift when we wrapped. She was bawling on our way to South Africa when she was finishing it. She bought me a new copy, and I was like, “Seriously? You want the same outcome for me?” She just laughed. But it’s so good. 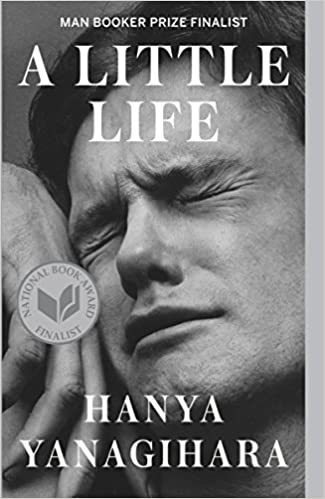 A Little Life by Hanya Yanagihara

Important final question: Your hair in Kissing Booth is amazing. Is that how you wear it in real life?

There's kind of a funny story about my hair in The Kissing Booth. It was legitimately one of the biggest points of contention on set. Not in a bad way, but it was, “What’s up with the hair today?” I think I had the most hairstyles of anyone in that movie…wavy, curly, in my face, out of my face, straight, you name it. There’s the many hairstyles of Marco! The hair is similar to me when it’s very wavy/curly. If I get out of the shower and let it dry, it poufs up in front of my face. As soon as I run my fingers through it, it gets more wavy.

The Kissing Booth 2 premieres on Netflix on July 24. This interview has been edited for clarity and length.