He’s known for his signature shorts and buckled shoes, as well as mini smart suits and ties, but it was fashion of a rather more gltizy nature that caught Prince George’s eye at the Platinum Jubilee.

Singer Craig David has revealed that the young royal ‘went crazy’ for the blue sequined tracksuit he wore for the BBC Platinum Party at the Palace during the celebratory weekend.

He heard the news from Prince William, who approached him after watching the concert from the Royal Box with his nine-year-old son.

Appearing on the Jonathan Ross show, the Seven Days singer told the host: ‘Prince William walks over, he comes over, says: “My son George was going crazy for the blue sequined outfit that you were wearing”.’ 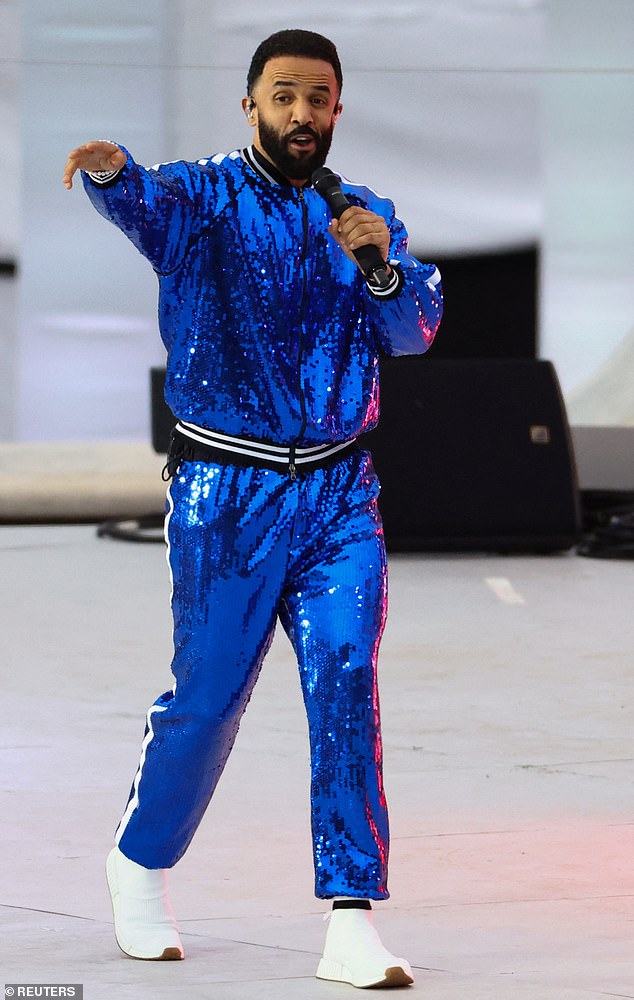 Fit for a Prince! The blue sequined tracksuit caught Prince George’s eye, Craig David revealed when he sat down to talk to TV host Jonathan Ross 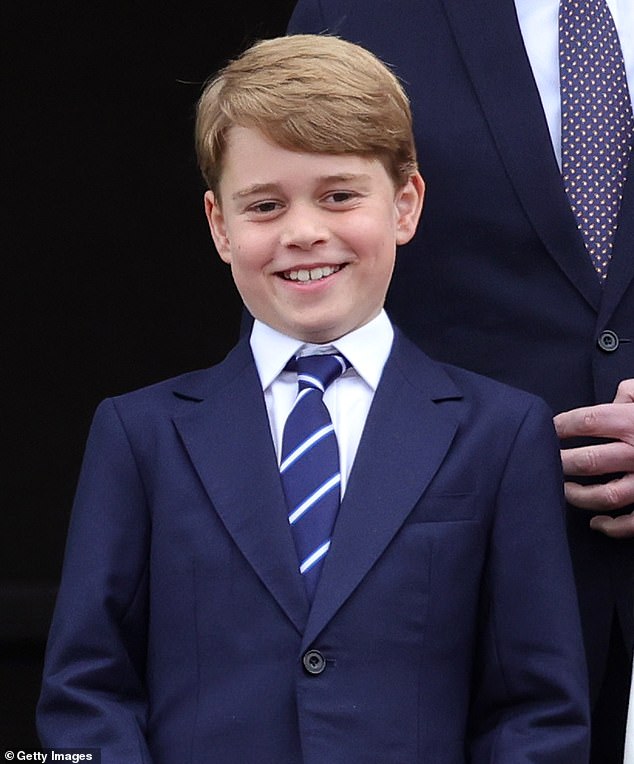 Nine-year-old George reportedly ‘went crazy’ when he saw the 7 Rings singer’s outfit, according to his father William

The R&B crooner attended a soirée after his performance alongside his mother Tina Loftus and got the chance to meet the Prince of Wales – describing him as ‘down to earth’.

He told the host: ‘My mum was there, I said, ‘”Lvely to meet you, love that George loved the outfit”. 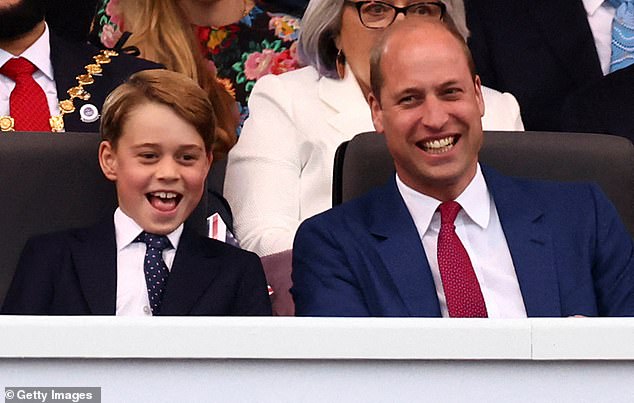 George and his father the Prince of Wales were seen laughing, joking and singing as they enjoyed the performance from the Royal Box

As the Prince and Princess of Wales, Prince George and Princess Charlotte enjoyed the Party at the Palace show from the royal box in July, which included performances from Elton John and Adam Lambert, it was Craig David’s the eye-catching ensemble caught the young prince’s eye.

Prince George got into the celebratory spirit as he sung along to Sweet Caroline during the Queen’s Platinum Party at Buckingham Palace.

The royal belted out the lyrics as Sir Rod Stewart performed on stage in one of many adorable moments at the star-studded concert.

The whole family joined the nation in singing along to acts including Alicia Keys, Duran Duran and Craig David. 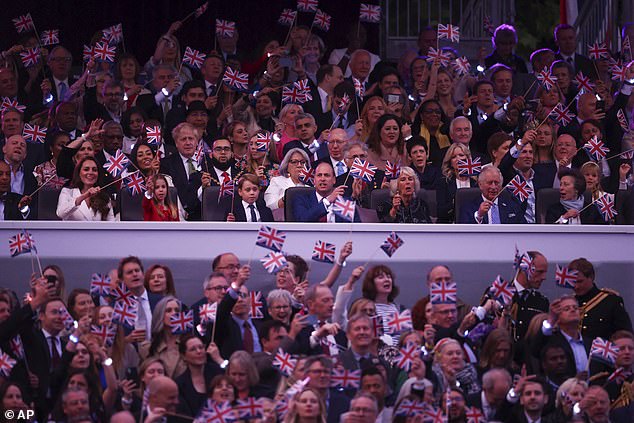 George, appeared in excellent spirits as he was pictured laughing and joking with his father in the Royal Box.

During his appearance on the Jonathan Ross this week, Craig David, who is an ambassador for King Charles’ Prince’s trust mused on the new shape of the monarchy, including Harry the Duke of Sussex.

The hitmaker said the prince and his younger brother, the Duke of Sussex, were part of a new chapter for the monarchy.

He said: t’s almost like seeing him and seeing Harry and seeing the next generation coming through, I feel it’s giving a different tone to the royal family.’

Speaking about the King, he said: ‘I’m an ambassador of the Prince’s Trust.

‘He is another one. He’s a stand-up guy. Whenever I met him, it’s not the pretense of what could come with being a royal.

‘He’s very down-to-earth and he is very much an advocate for, ‘How can we help the young children?’