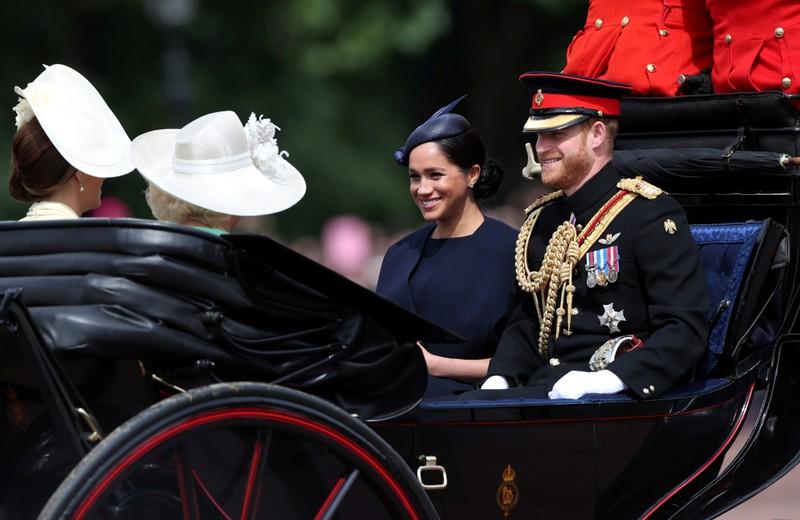 LONDON (Reuters) – Britain’s Prince Harry and his wife Meghan were among members of the royal family to attend an annual military parade in honor of Queen Elizabeth on Saturday – Meghan’s first official royal engagement since the birth of her and Harry’s son Archie.

Known as the Trooping of the Colour, the parade has marked the official birthday of the reigning British monarch for more than 260 years, and this year features more than 1,400 soldiers, nearly 300 horses and 400 musicians.

The display closes with a fly-past by Britain’s Royal Air Force.

Meghan Markle, an American actress who married Harry at Windsor Castle in May 2018 and gained the title of Duchess of Sussex, gave birth to Archie on May 6.

She was not among royals who met U.S. President Donald Trump during his state visit to Britain earlier this week. During the United States’ 2016 presidential election campaign, she had accused Trump of being misogynistic and divisive.