Why I believe Prince William got it badly wrong about racism in Britain: What does one of the most privileged white men in the world know about the ‘discrimination’ faced by black people today, asks ESTHER KRAKUE

The Duke of Cambridge has always been one of the more likeable and grounded members of the Royal Family. So I can understand why, now that he is 40, he increasingly feels the need to speak out on subjects that matter to him, rather than simply cutting ribbons, murmuring platitudes and smiling for the cameras.

But this week, William made an outspoken departure from the usual royal script, launching into sweeping statements about race relations. And I believe this was a misjudgment.

As he unveiled a monument at Waterloo Station in London to celebrate the Windrush generation — Caribbean migrants who arrived in Britain mainly in the 1950s and 1960s — William referenced the scandal that also took the name of the famous boat that carried the first load of migrants to these shores. 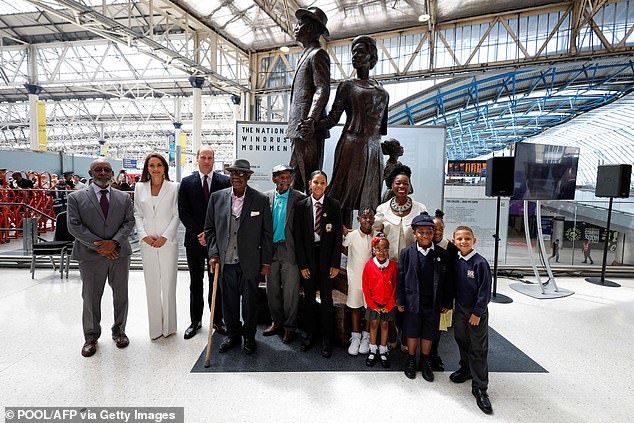 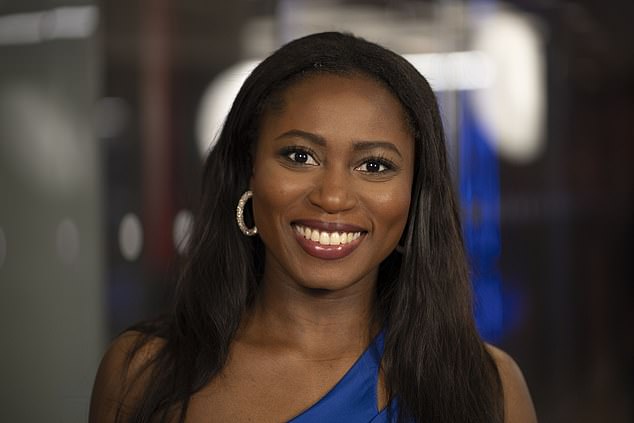 ESTHER KRAKUE writes: ‘What does William, one of the most privileged white men in the world, know about the ‘discrimination’ faced by black people living in Britain today?’

The Windrush scandal, you will remember, came to light in 2017 and saw many of those same Caribbean migrants — who by then had become long-term British residents — wrongly detained, deported or threatened with deportation by the Home Office.

On Wednesday, the future king declared: ‘Discrimination remains an all-too-familiar experience for black men and women in Britain in 2022.’ He added: ‘The future they [the Windrush migrants] sought and deserved has yet to come to pass.’

This struck the wrong note for several reasons.

First and most obvious: what does William, one of the most privileged white men in the world, know about the ‘discrimination’ faced by black people living in Britain today?

No doubt his heart is in the right place, and I am sure he is scarred by the memory of his recent tone-deaf tour of the Caribbean, which saw him and his wife parading in an open-topped Land Rover in a scene widely described as having ‘colonial’ overtones. (William said the tour had presented ‘an opportunity to reflect’.)

But second — and far more worrying to me — are the implications of what he was saying.

As a Ghanaian-Briton — I am proud to be a national of both countries — I find it infuriating when well-meaning people lump the experiences of all ‘black men and women’ together as William did, using those very words.

We black people are not some homogenous mass. People who have come to Britain from Africa, as I did aged 14, have entirely different histories and cultures from those who have travelled from the Caribbean. 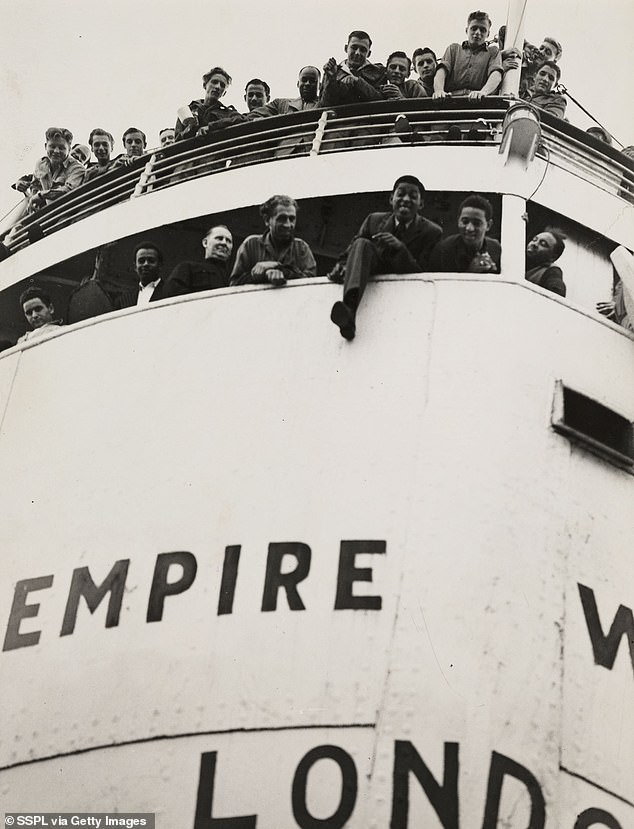 The Windrush scandal came to light in 2017 and saw many Caribbean migrants wrongly detained, deported or threatened with deportation by the Home Office 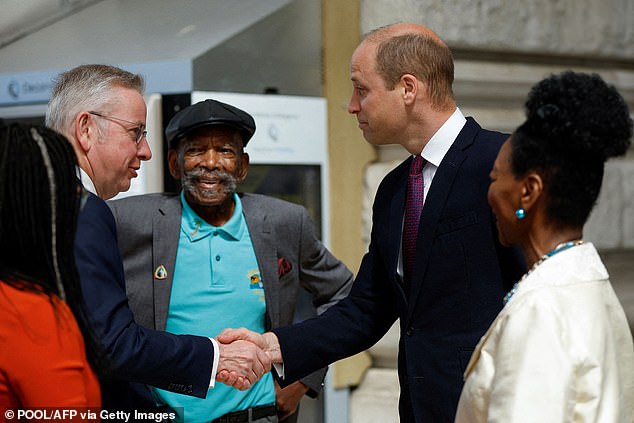 And what’s more, my background and views may well vary significantly from those of someone who hails from Nigeria or Kenya, let alone someone from Barbados or Grenada. Different generations face different difficulties, and very few of these are down purely to ‘discrimination’.

For example, statistics show that African migrants to Britain are less likely to own their own homes than Caribbean migrants are. Is this ‘racism’ or ‘discrimination’?

No. It’s at least partly because Caribbean immigrants — the Windrush generation, that is — typically predated African immigrants, and have therefore had more time to build their nest eggs, educate their children and so on. Little attention is given to this situation because it doesn’t suit the ‘progressive’ mantra that Britain is somehow systemically racist.

Or, since William inevitably raised the subject as he unveiled the new monument, let’s take the Windrush scandal. The Home Office’s failures in that shameful saga are well-documented, and they rightly outraged the nation.

But that travesty of human dignity was not symptomatic of the views of most British people.

To link the two, as William appeared to do, is misleading and unfair.

Of course, there is some residual racism in Britain. I have experienced my own share of it, as have my friends and family.

But the fact remains that, as polling shows, Britain is one of the most tolerant countries on Earth. What’s more, a lot of the racism that does exist in this country does not come from white Britons, but often from people from other ethnicities. 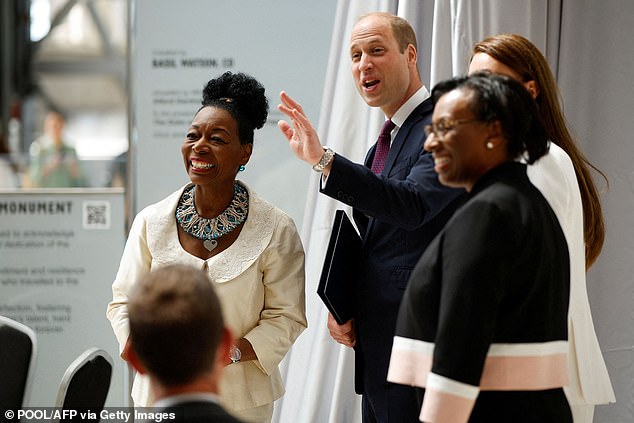 This is something that liberals and the Left are usually far too embarrassed to point out.

So William needs to be careful about dipping his oar into this particularly troublesome millpond. His grandmother has spent a lifetime diligently remaining above the political fray.

On Wednesday, as William made his controversial speech, the Queen confined herself to sending her ‘warmest good wishes on this historic occasion’ and praising the Windrush generation’s ‘profound contribution’ to this country. That is the right way for a royal to address this subject. William, I fear, is looking increasingly like his father, who over the years has intervened in an array of causes that pique his interest, making his views clear on subjects from organic farming to contemporary architecture. And that leads me on to perhaps the worst aspect of William’s remarks.

Although the Duke has suggested that, in the future, the Head of the Commonwealth might not automatically be a member of the British Royal Family, as things stand he looks set to inherit the mantle from his father, who will assume the role when the Queen relinquishes it.

The Commonwealth is the Queen’s greatest legacy: the peaceful transfer of colonial dominions into a group of independent nations sharing common history, language, culture and more. In fact, it has been so successful that other countries have clamoured to join it — among them Mozambique in 1995 and Rwanda in 2009, which Prince Charles has been visiting this week.

All around the world, millions of people will have been listening to William’s words. They will have taken at face value his suggestion that Britain remains a place where black people are the victims of racism on an ‘all too familiar’ basis. 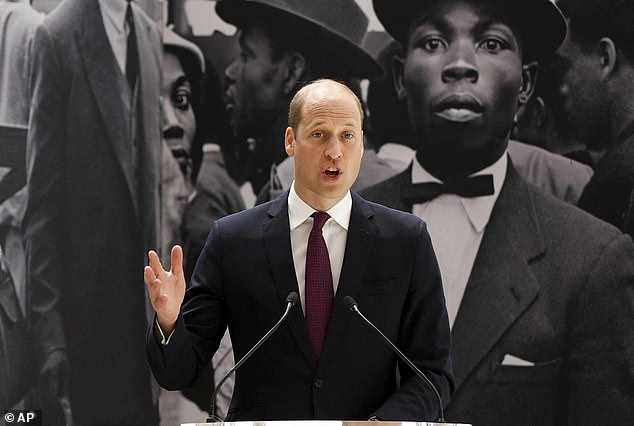 William made an outspoken departure from the usual royal script, launching into sweeping statements about race relations. And I believe this was a misjudgment writes ESTHER KRAKUE 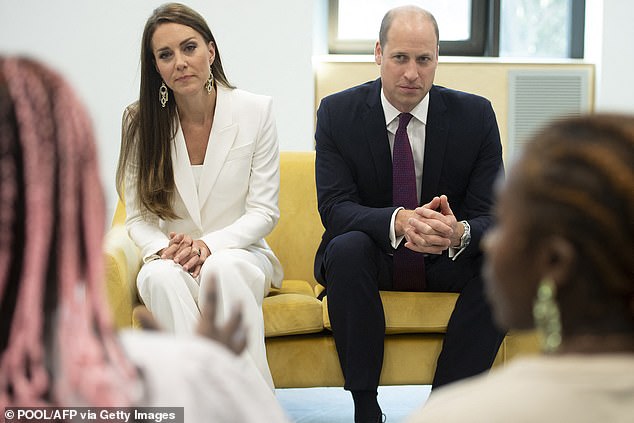 By painting Britain as a racist country, William could undo much of his grandmother’s good work in diligently nurturing the Commonwealth writes ESTHER KRAKUE

Such overblown language will be meat and drink to republicans as well as to those who, for whatever reason, wish to sever ties with Britain and instead cosy up to other powers, such as China.

By painting Britain as a racist country, William could undo much of his grandmother’s good work in diligently nurturing the Commonwealth. Which countries with majority black populations would want to join a club run by the head of state of a systemically racist country?

And how can Britain legitimately demand that other countries respect human rights when we are self-confessed racists ourselves? It’s a gift to governments that systematically practise discrimination and persecution.

William might have wanted to appear modern and relevant with his remarks — as well as to atone for his own recent missteps in the Caribbean. But he has clearly not grasped that the conversation around this subject has changed.

Increasingly, people of all political stripes are recognising that sowing division does nothing to help the cause of anti-racism.

The Black Lives Matter movement did much to set back race relations with its divisive message. Meanwhile acronyms such as Bame — Black, Asian and Minority Ethnic — are frankly offensive, implying as they do that everyone of non-European ethnicity can be lumped together.

Needless to say, a ribbon-cutting ceremony is not the place to tackle these complex issues, or try to compress them in soundbites.

William should instead be using his powerful role to bring his future subjects together — and, like his beloved grandmother, talk about what unites us, rather than what divides us.

Personal trainer details diet and why she stopped counting calories