Home » Lifestyle » Public Libraries 50p coin: how much is it worth?

YOUR spare change could be worth a lot more than you think if you manage to find a rare coin hidden among the pennies.

Commemorative coins or ones with minting errors can be sold on to avid collectors for more than their cash value. 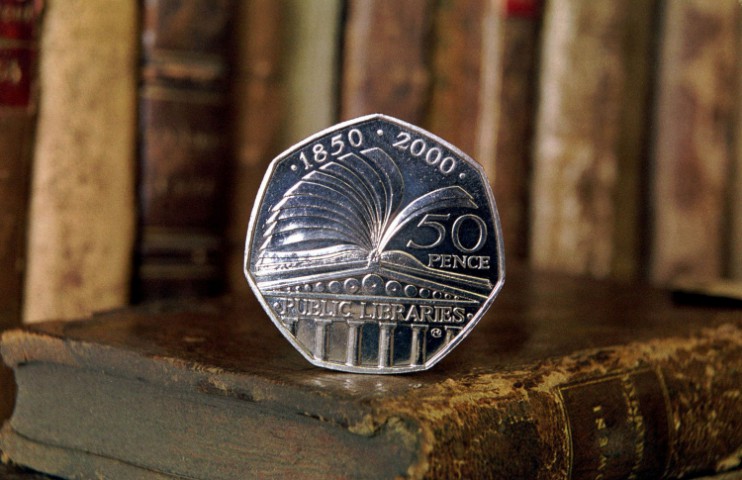 It's worth checking your change for the public libraries 50p as it could be worth double.

The coin was introduced into circulation in 2000 to commemorate the Public Libraries Act of 1850.

That act gave councils power to set up free libraries and was one of the first steps to universal education.

How much is the Public Libraries 50p worth?

The Public Libraries 50p isn't the rarest coin out there, but you can still sell it on for a profit.

The scarcity index ranks coins between 1 and 100 to indicate how hard they are to find, as well as how in demand they may be to collectors.

The higher the number, the rarer the coin – this it's likely to be more valuable.

According to Change Checker, the commemorative coin has a ranking of one on the scarcity index, meaning it it is relatively common.

This means you've got a good chance of finding it in your change, but it's rare enough that you might be able to make extra cash by selling it.

According to Coin Hunter, £1.23 is a mid-point price for Public Libraries 50p coins marked as sold on eBay UK.

Recent eBay auctions of the coin show it has sold for as much as £1.50 in the last few months – more than double it's cash worth.

But it sometimes only goes for between 50p to 80p, so results can vary.

Are any other coins in my change valuable?

Other commemorative coins in your change could be worth more, such as the Beatrix Potter 50p which has sold for as much as £8 on eBay.

Some key things to look out for on other coins would be a low mintage or an error that's apparent on the design.

Both of these can help push up the price at auction.

If a coin has a high mintage figure then it's more likely that you'll find one in your change.

On the other hand, that means it's not as sought after or rare – so will typically sell for less money.

You can check how much a coin will usually go for on eBay.

But remember that sometimes a coin may not have sold for the amount is was listed for.

Fakes rare coins circulate online too, so keep this in mind.

If you're worried, you can get your change verified by The Royal Mint.

This will also help reassure buyers that they're paying for the real deal – and you may even be able to hike up the price a bit if you go to sell.

You'll also find that online tools from change experts like Coin Hunter are helpful to see how much it could be worth.