Kandi Burruss from The Real Housewives of Atlanta is spilling the tea on her co-stars. The Bravo star has been caught in the middle of a feud between Nene Leakes and Kenya Moore. Although Burruss has tried not to get too involved in the drama, she has been more inclined to support Moore. Her decision to side with the former Miss USA titleholder has unleashed the fury of Leakes. 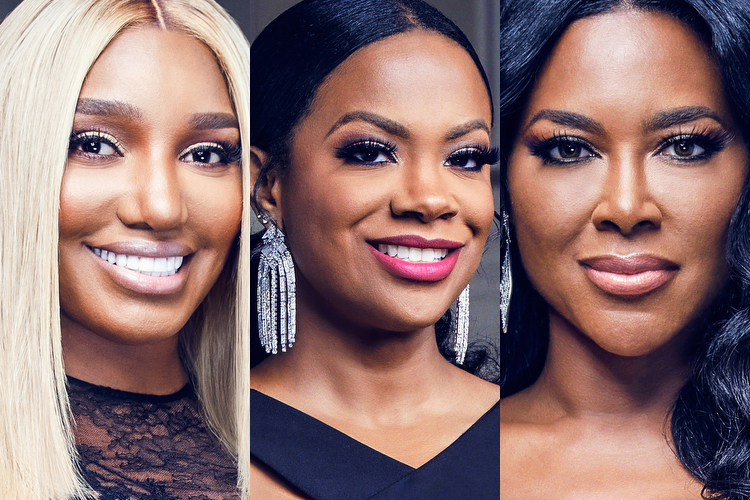 Burruss says that the RHOA ladies are over the constant feuding between Moore and Leakes. She believes that they have both not given each other the time to talk and hash things out.

“It’s always one of them walking away so let’s just have a real conversation and try to do it without arguing. And then, you know, get to the bottom of whatever the drama is because to be honest with you, I’m still confused on where the beef originated, you know?” Burruss told Entertainment Tonight.

The Kandi Factory hitmaker says that although people want her “to be mad at Kenya,” she has no reason to be.

“Kenya and I really hit it off, like we’re really cool and, at the end of the day, I do tell her when I feel like she’s not, you know, doing something that is cool or whatever,” Burruss added. “She’s always been good with me.”

Did y’all watch #RHOA tonight? I thought it was a great episode. What did y’all think? I’ll post my #SpeakOnIt tomorrow.

One of the scenes fans had been talking about throughout season 12 was the one where Leakes acted like she was going to spit at Moore. Things got so heated during that exchange in Greece that many felt that was the end of it all. However, Burruss teased that there’s a new blowup that is still to come on the show.

“It was so many arguments that happened this year, especially between the two of them,” Burruss said. “And so, I just was, like, you know what? I’m over it. I hope they are over it. I hope — I don’t know if they will ever get to a point where they will be able to be on the same page, but it will be nice. It would be nice.”

Although both Leakes and Moore have always clashed, Burruss thinks RHOA is better with both on.

“I think it’s better when the both of them are there,” she revealed. “I don’t really want to see the show without either one of them, me personally. Even though, you know, there are times when I’ve butt heads, as well. But that has nothing to do with us. I still want to see them both there.”

Turn on @bravotv right now for the new episode of #RHOA!!! You don’t want to miss it!

Many fans expected Leakes and Moore to finally address their issues during the season 12 reunion. Due to the coronavirus pandemic, filming for the special was postponed until further notice.

Since then, Cohen tested positive for the coronavirus and has been in quarantine since then.

The Real Housewives of Atlanta airs Sunday nights at 8 p.m. ET on Bravo.

Here’s Where The ‘Lenox Hill’ Doctors Are After The Show

On the plus side: Fashion Director Rivkie Baum gives the lowdown on plus size camis and t-shirts