Home » Lifestyle » Rihanna and ASAP Rocky’s Son Has ‘Brought Them So Much Closer’: Details

Baby bliss! Rihanna and A$AP Rocky are enjoying every moment of life as new parents — and they’re even considering expanding their family.

“Rihanna and ASAP are very open to more kids, they love being parents and having a family,” a source exclusively reveals in the latest issue of Us Weekly. “Having this family together has brought them so much closer, they are more loved up now than ever.”

Us confirmed that the “Umbrella” songstress, 34, gave birth to a baby boy in May. “They rarely leave their baby’s side,” an insider told Us about Rihanna and the “F—kin Problems” rapper, 33, three months after they welcomed their little one. “They’re being very private about their newborn out of concern for his safety and really just want to keep him away from the public eye for the time being. … They both feel really blessed and couldn’t be happier.”

The source continued: “Rihanna’s not in a rush to lose the baby weight. She’s really embraced her body and doesn’t feel pressure to lose it quickly. Rihanna is a workaholic so it’s nice to see her taking the time to flourish in motherhood.” 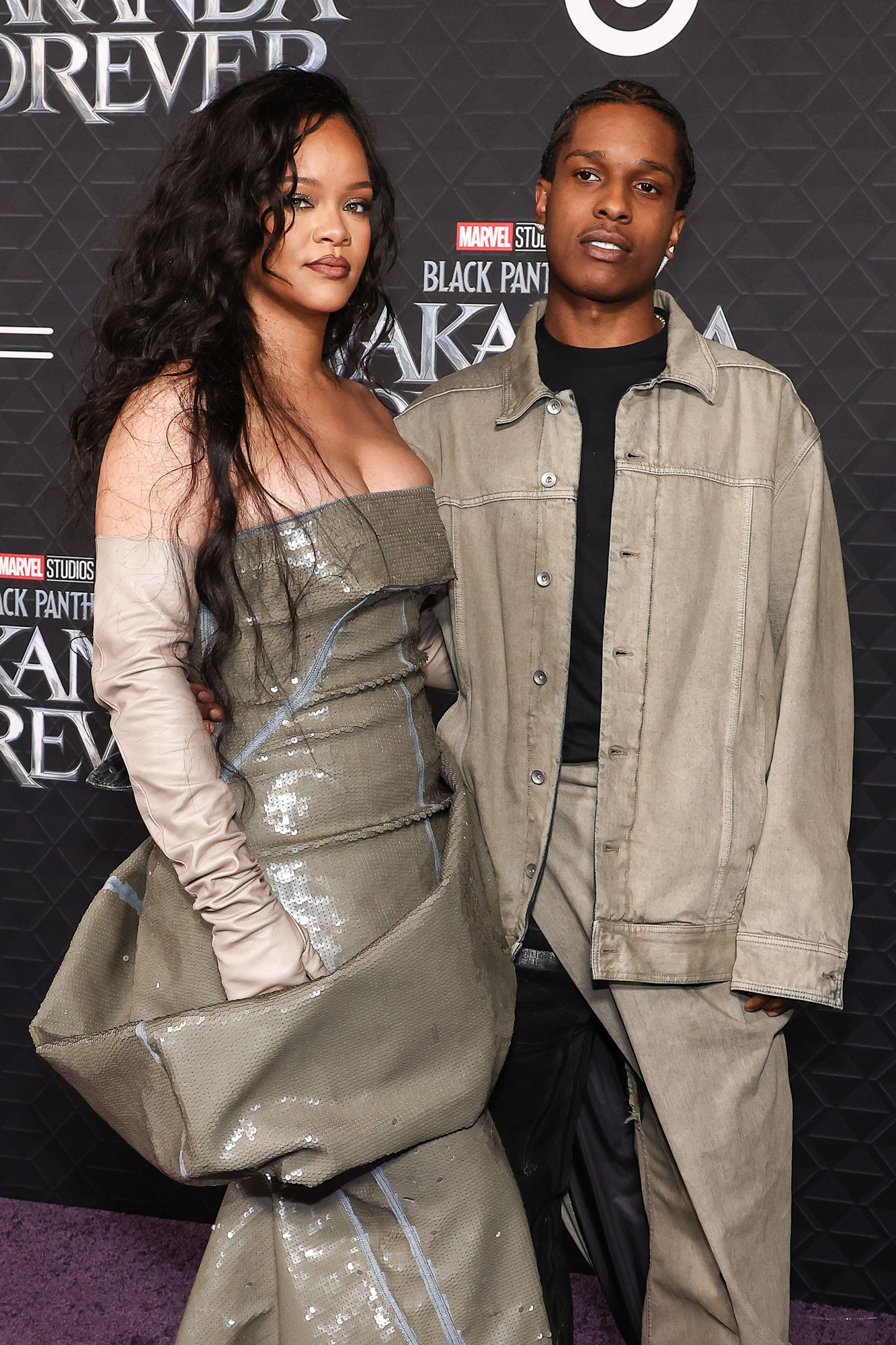 Since giving birth, Rihanna — who is set to headline the Super Bowl LVI Halftime Show in early 2023 — hasn’t shared any photos of their son or even revealed his name to the public, instead choosing to just enjoy the first months of parenthood to the fullest. “We just didn’t get around to it yet really,” the “Work” singer told The Washington Post earlier this month. “We’ve just been living. But I guess there’s a certain freedom that comes with kind of just, like, getting it out there.”

Rihanna and Rocky, who were first linked in December 2019, have similarly kept their relationship out of the spotlight, with the “Sundress” rapper only confirming their romance in May 2021. “[It’s] so much better when you got The One. She amounts to probably, like, a million of the other ones,” Rocky told GQ at the time, describing Rihanna as the “love of my life.”

Rihanna and ASAP Rocky: A Complete Timeline of Their Relationship

At the time, a source exclusively told Us that the pair were a “good match” for one another. “It’s obvious they’re a couple and also are each other’s best friend,” the insider revealed. “They kid around a lot [and] laugh a lot. They have private date nights together a lot and have a blast hanging out together.”

Shortly after his son’s birth, Rocky hinted that he and Rihanna were hoping to have more children in the future. “I will always remind my [future] children to never lose their imagination, even as adults, no matter what. I actually love to watch cartoons,” the New York native told Dazed Magazine in an interview published in May, shortly after Rihanna gave birth. “I hope to raise open-minded children. Not people who discriminate. And I’m not trying to describe a saint, but realistically, I just want a cool child with cool parents.”

Rihanna’s Quotes About Pregnancy, Wanting Kids Over the Years

He added that “things like diversity and versatility are important,” and that he wanted his little ones to grow up with those values “embedded in the household.”

For more on Rihanna and ASAP Rocky, watch the exclusive video above — and pick up the latest Us Weekly issue on newsstands now.

The past show: Meet the history buffs having the time of their lives