Well it has certainly started with a bang.

The Rupert Murdoch-backed Talk TV hasn’t even reached launch day yet Piers Morgan is already generating global headlines for his spat with Donald Trump, after a promo clip of the opening of Morgan’s Uncensored Talk TV tentpole showed the former POTUS storming off set.

With rumors abounding that the conflict may have been generated for publicity, Morgan once again finds himself the talk of the media and the news channel hasn’t even debuted.

Talk TV will launch Monday by placing Morgan center stage, one year after he himself stormed off the set of ITV’s Good Morning Britain due to a row over comments about Meghan Markle’s mental health.

Speaking to Deadline this week before the Trump saga, the execs behind Talk TV spoke confidently that the network will “represent what people feel and think.”

Piers Morgan Uncensored will air from 8pm-9pm nightly and Murdoch’s News UK, which owns Talk TV, has made no secret of building the schedule around the firebrand presenter. Uncensored will also be simulcast in the U.S. on Fox Nation and on Sky Australia, tapping into Murdoch’s vast global empire and handing former CNN anchor Morgan a huge platform. He recently teased a fourth country being interested in the simulcast.

News UK also owns major UK newspapers The Times, The Sunday Times and The Sun and executive producer Vivek Sharma said Talk TV will leverage the power of these ancient British institutions, along with the likes of Times Radio and Talk Radio, to understand in great depth the psyche of the average viewer.

“We feel much more able to represent what people feel and think using all the knowledge we have in this [News UK] building,” said Sharma, as he chatted to Deadline over Zoom.

“It’s so exciting to be part of a group that has all this journalistic prowess, and you don’t really get that anywhere else. I’ve worked for other companies where TV is the only source but here we can pick up stories from the papers or the radio, gauging reactions from different topics and cross sections of society.”

Morgan’s show, which plays either side of Tom Newton-Dunn’s The News Desk and Sharon Osbourne-helmed The Talk, is being badged as “cancelling cancel culture.”

His controversial Good Morning Britain remarks rejecting Markle’s suicide comments attracted a colossal dose of criticism and a record number of almost 60,000 complaints to UK regulator Ofcom, but he’s back setting the agenda for the new channel, which he has previously described as a “fearless forum for lively debate.”

Uncensored exec Winnie Dunbar Nelson, who has worked with Morgan for 12 years, said the team came up with the name early on and worked outwards from there. Rather than trying to replicate the success of U.S. current affairs shows, one of which Morgan used to host, she stressed Uncensored is not working from any blueprint.

“It didn’t take us long to come up with the title for a show that encapsulates its thesis: calling out cancel culture,” she told Deadline. “We’re all about holding the little guy up high and telling the stories of people who don’t have voices. Piers wants to anger all the right people and he wants to have a bit of fun.”

Dunbar Nelson was speaking prior to Morgan’s “angering” Trump but her remarks feel almost psychic. 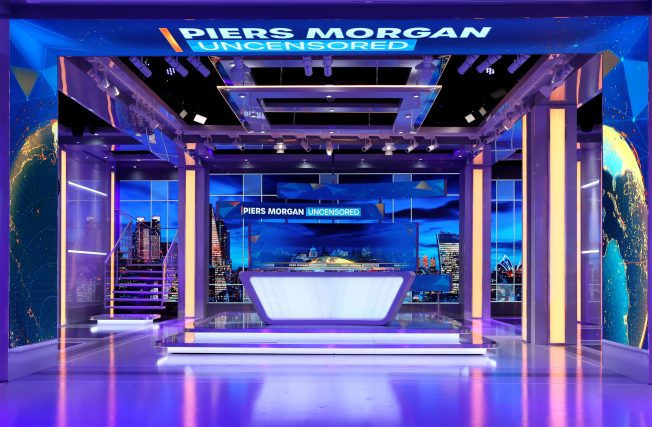 Uncensored’s West London studio is a sight to behold, built on an old concrete slab. Morgan will have room to do a large explainer about the Ukraine conflict, for example, and could equally accommodate “a game of table tennis with Martina Navratilova,” according to Dunbar Nelson.

And while some have raised the specter of Talk TV falling foul of Ofcom’s stringent impartiality code in a similar vein to arch-rival GB News, Sharma and Dunbar Nelson said voices from across the political spectrum will be heard and point out that Morgan has criticized people from right and left equally during his broadcasting tenure, including being a leading anti-government voice during the early part of the pandemic.

Sharma stressed “having different people represented on screen” is a modus operandi for the job and Tom Standen-Jewell, a Research Analyst at Enders Analysis who has been following Talk TV’s development in minute detail, predicted Morgan will “relish the opportunity to bring people on [the show] who he completely disagrees with.” 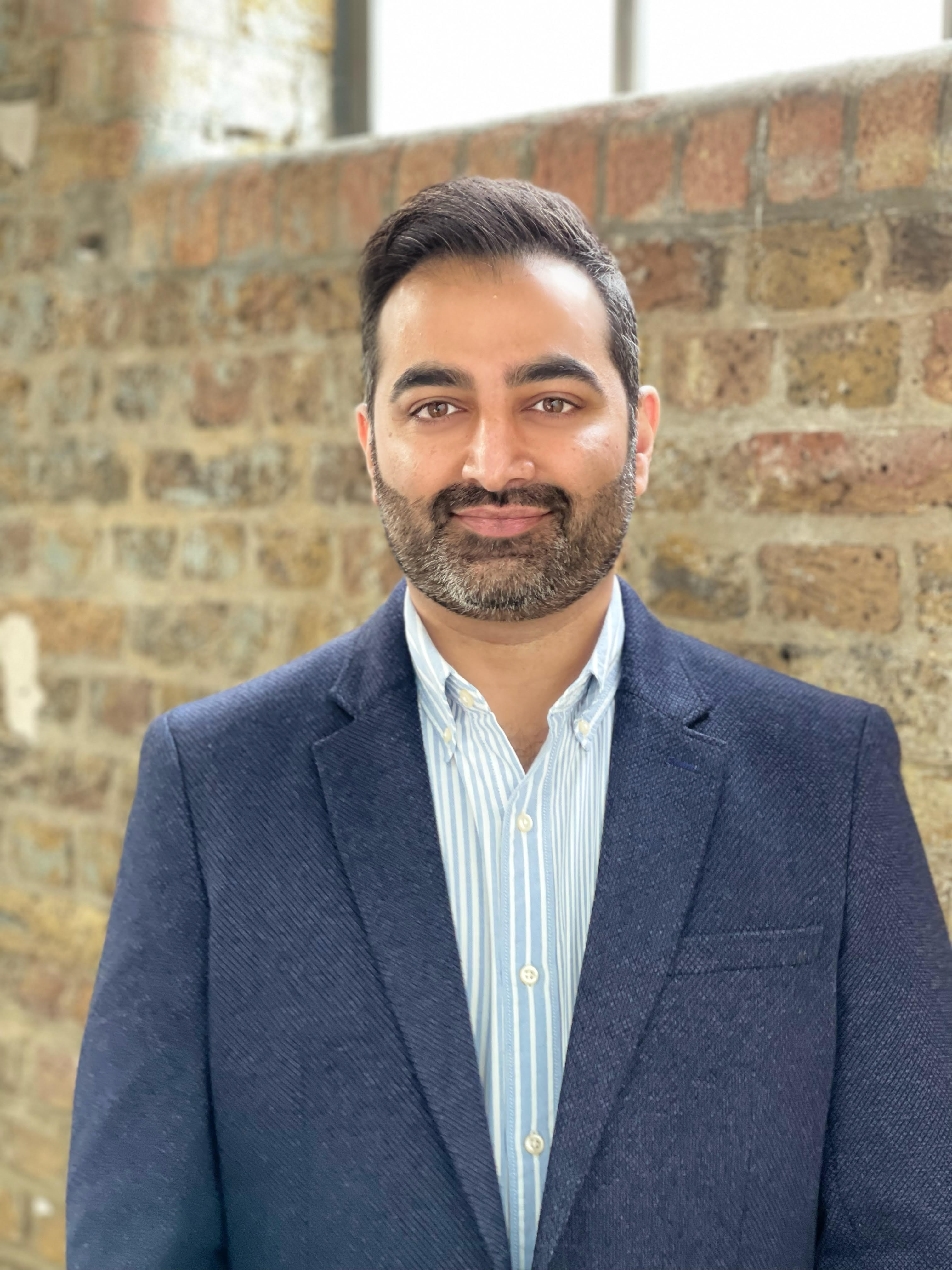 He said Ofcom’s impartiality rules are “more elastic than some broadcasters make out” and forecast Talk TV will have no issue abiding by them.

Clips from the show are also expected to be used liberally across Talk TV and Morgan’s social media accounts, including TikTok, and the U.S./Australia simulcast offers the opportunity to push beyond the UK’s shores.

Dunbar Nelson rejected the notion that Uncensored’s subject matter will be too British-focused to be successful across the pond, neatly evidenced by the Trump row.

“We thought this would be a challenge at first but what we’ve learned from rehearsing tirelessly for months is that our story selection is easier than expected,” she added. “Social media has meant stories like Captain Tom [Moore, the 100-year-old Brit who raised millions for Covid-19 relief] have travelled far and wide, resonating globally.”

Unlike competitor GB News, which launched nine months ago, Talk TV will run live shows for just three hours per day, airing a TV version of sister station Talk Radio for the rest of the day and therefore forcing costs down as viewers are kept abreast of the news.

Sharma anticipates more shows potentially being added to the roster over the coming months and positioned Talk TV as a “news channel not in the traditional rolling sense but somewhere where news lives.”

He said he has barely been across goings-on at Warner Bros Discovery-backed GB News, which has steadied its ship of late but had a disastrous launch that was beset with technical problems and poor ratings and saw big-hitting founding chair Andrew Neil depart within weeks.

“As we saw with GB News, building a brand around one star man can generate headlines but also be dangerous in the long term,” said Enders Analysis’ Standen-Jewell. “Talk TV may want to avoid this.”

Turning a huge profit is unlikely but News UK won’t be expecting one, he added.

“The economics of TV news are quite harsh. If Talk TV tries to replicate the financial success of U.S. primetime news then it will face an uphill battle but what it can really be good at is being a shop window for the rest of the [News UK] brand.”

Launching a news channel in the modern broadcasting landscape is not an easy task but Standen-Jewell said the genre is a great way for traditional platforms to set themselves apart from the streamers, who are experiencing problems of their own.

“Even as audiences move away from broadcast TV, you can imagine current affairs will be one of the more resilient genres,” he added.

The stage is set for the return of one of UK TV’s biggest firebrands and eyeballs now turn to Murdoch’s latest launch. Just how many of those eyeballs Morgan can attract and the tone he strikes in the first few months could define the future of the channel.

If the Trump row is anything to go by, we’re in for plenty of headlines.

Depp Gets Defensive In Testimony About Drug Addiction, Blackouts & More

Complaint Against Bill Murray Forces Suspension Of Production On ‘Being Mortal’

Scooting’s a hoot and green to boot

If Your Boyfriend Or Girlfriend Takes Hours To Text Back, Here’s What It Means