Saffron Drewitt-Barlow, 21, the daughter of Britain’s first gay dads, who boasts a £1 million wardrobe says Primark is ‘gross’ and claims she throws away clothes after one wear

The daughter of one of Britain’s first gay fathers has admitted she refuses to shop at Primark or Michael Kors – and throws away clothes after just one wear.

Saffron Drewitt-Barlow, 21, who was born in Manchester but now lives in Tampa, Florida, claimed that Primark is one of multiple ‘sh** shops’ she refuses to spend her money in – despite going there just once.

‘Those sh*t shops, like Forever 21 and Primark, I’d never shop in,’ she said, writing in her column for Fabulous. ‘Primark clothes are just so gross, they don’t know how to make them. I wouldn’t mind if they had nice pieces but they don’t.’

‘I’ve been once with my cousins and it just wasn’t for me, it’s all horrible.’ 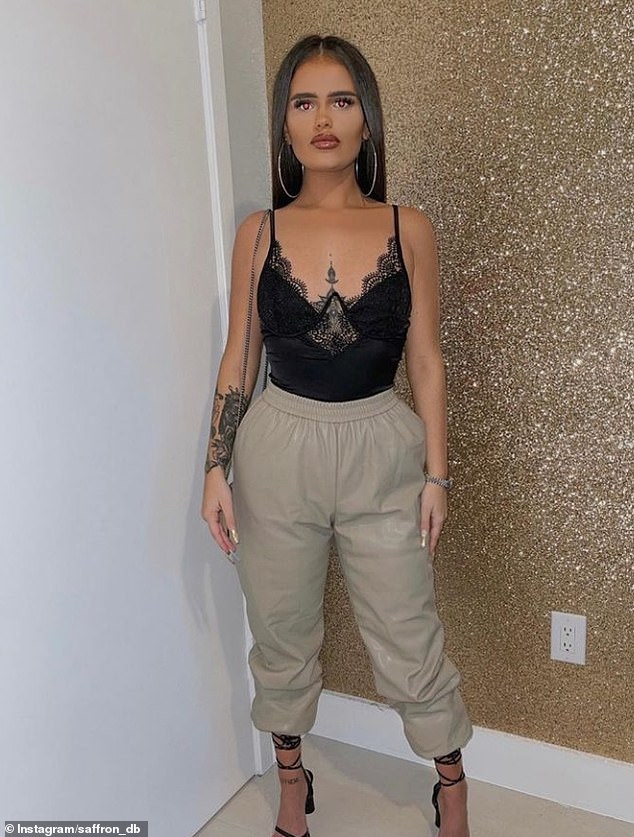 Saffron Drewitt-Barlow (pictured) – the daughter of one of Britain’s first gay fathers – 21, who lives in Tampa, Florida, has admitted she refuses to shop at Primark or Michael Kors – and throws away clothes after just one wear 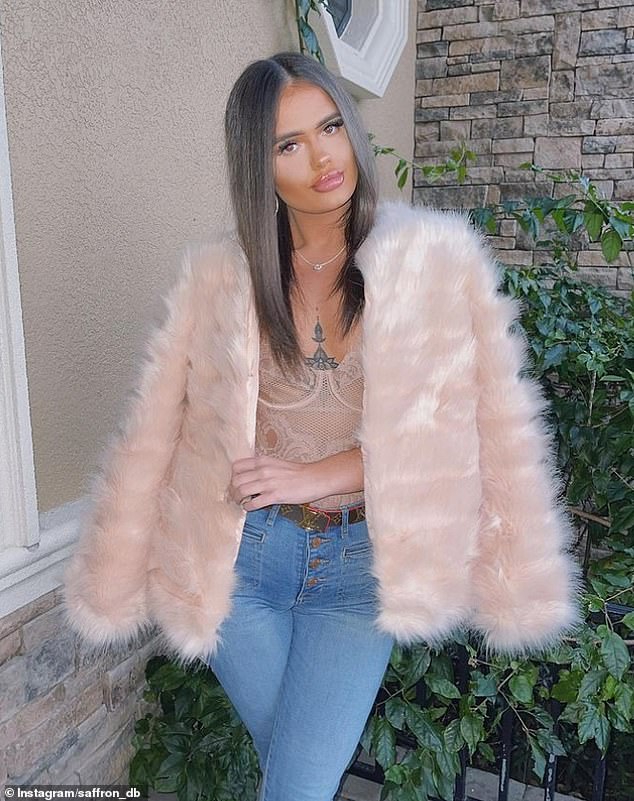 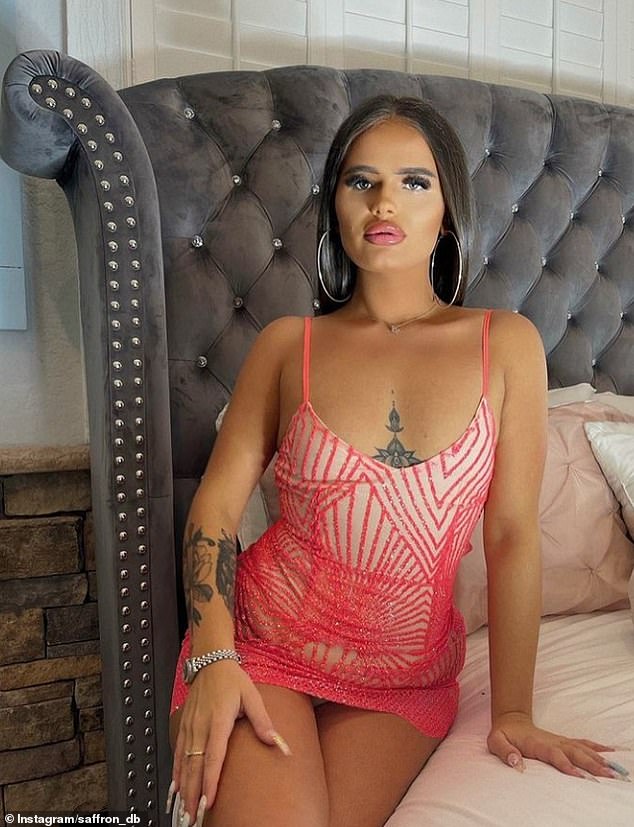 Saffron (pictured) claims just the shoes, bags and clothes in her wardrobe are worth well over a million pounds 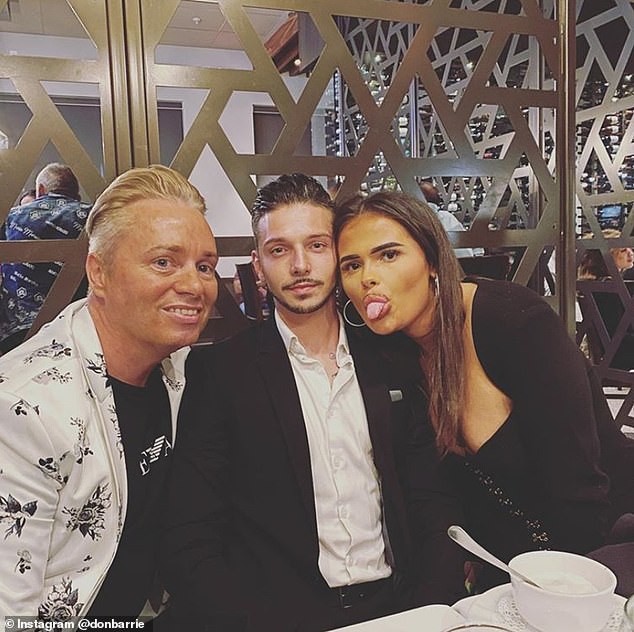 Saffron told how she’s known Scott since she was 13, when he came to work for the family as a personal assistant, and he’s one of her best friends (pictured with Barrie)

Saffron – who claims just the shoes, bags and clothes in her wardrobe alone are worth well over a million pounds – went on to say that at a push, she’d purchase a pair of hoop earrings for a night out if she didn’t want to wear her ‘nice’ stuff.

And Primark wasn’t the only shop Saffron took issue with, as she also slammed Michael Kors – adding she doesn’t ‘like the look of his things or the pattern.’

Speaking of the designer bags which can cost anywhere up to £1,655, Saffron added: ‘Also it’s the people who wear his stuff. They think getting a Michael Kors bag means they’re the richest people in the world and have all this money.

Actually anyone could buy a Michael Kors bag, it’s not exclusive at all. It’s cheap, I hate it.’ 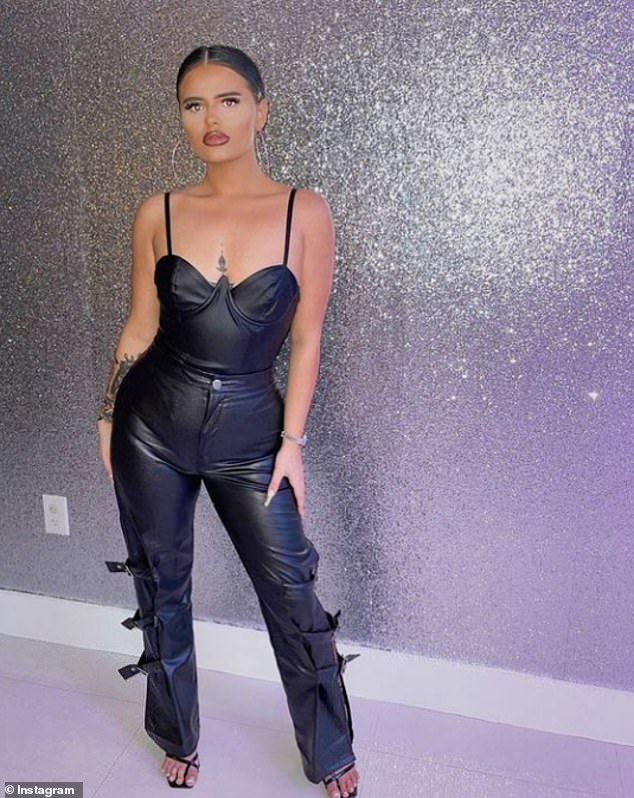 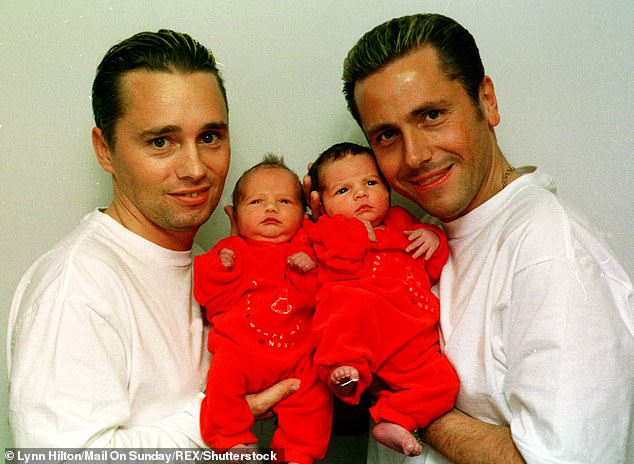 Barrie and Tony hit headlines in 1999 when they became the first same sex couple to be formally registered as parents to twins Saffron and Aspen, born via surrogate 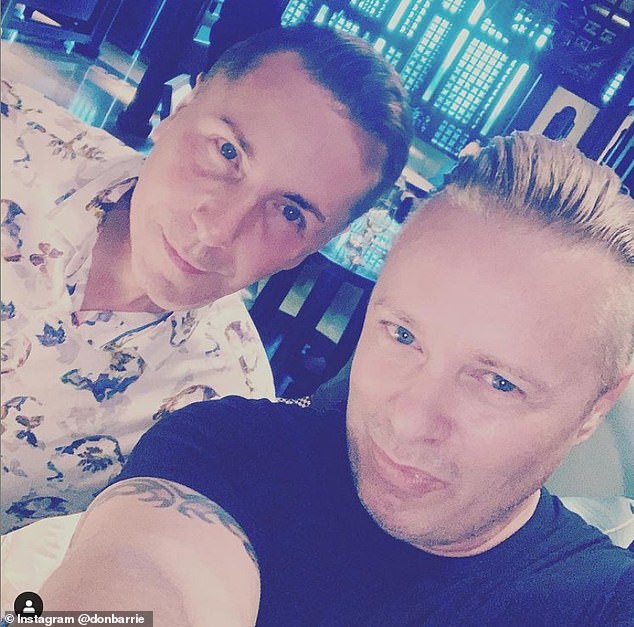 Ans Saffron’s dislike for the brand is so strong, that she claimed her dad bought her a Michael Kors hat and glove set for Christmas, which she has refused to open.

Saffron also told how Tampa, Florida doesn’t have ‘amazing shops,’ so she frequently jets off to Miami or Los Angeles to hit the shops.

However, not everything she purchases has to have a hefty price tag, with the 21-year-old admitting she purchases from the likes of Pretty Little Thing and Boohoo because they look good with a pair of Louis Vuitton shoes.

She added: ‘I treat clothes like they’re disposable really, wear them one or two times then either chuck them or bung them in the wardrobe.

‘I don’t like wearing things again because what’s the point? Everyone’s already seen you in it.’ 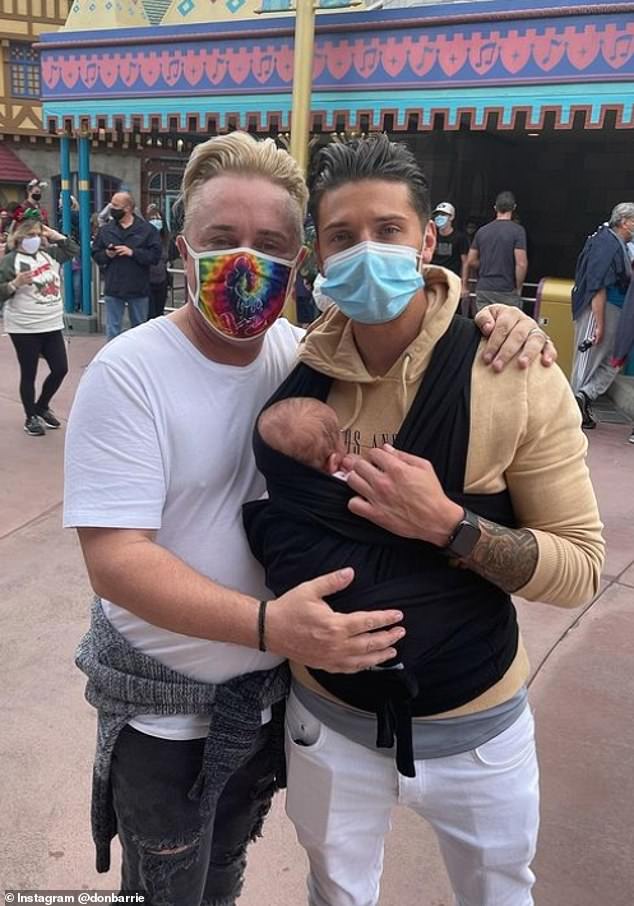 Scott and Barrie are pictured with their daughter Valentina, who was born via surrogate