Home » Lifestyle » Scooting’s a hoot and green to boot

There’s no arguing in the car about the radio station in the mornings on the way to school now. No sitting in bumper to bumper traffic either. At least not yet. I guess it’ll rain soon, though.

But as of now, our daughter started school just over a week ago, and I’ve driven her to school once. The first day. 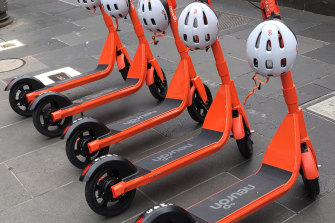 There’s no sitting in bumper to bumper traffic when you use an e-scooter.Credit:Conor Fowler

The rest of the time, we’ve ridden electric scooters the 4 kilometres to school, 8 kilometres round-trip. It’s completely removed the stress around school drop-off and pick-up and has turned the experience into something we look forward to.

But with the heightened scrutiny electric scooters are under now since the city’s released fleets of them onto the streets, my family and I are taking extra care to preserve this new, fun mode of transport and are respectfully following rules. Responsible scooting contributes to a positive public image. 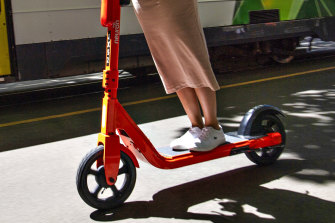 My e-scooter has made me a convert to the car alternative.Credit:Penny Stephens

But riding an electric scooter isn’t just about joyrides, as naysayers may have you believe. It’s truly a win for the environment. In more than a week, I’ve driven my car twice: once to take my daughter to school on the first day, and once to Vermont to pick up a more robust e-scooter than the one I’ve had for the past two years. Toddlers on balance bikes were passing me on inclines. But I’m upgraded now, and this scooter has made me a convert to the car-alternative culture.

I understand the hesitancy to accept these new modes of transportation. They’re something new to look out for on the streets and shared paths now. Another change and complication to our lives.

Until they’re not. Until they become normalised, and people learn to use them and incorporate them as we’ve done with bicycles, which weren’t immediately welcomed by society either. The Victorian era didn’t take well to “ladies” in bloomers on bikes. The public was told that bike riding would cause women to suffer all sorts of maladies, like a displaced uterus, or worse: “bicycle face” caused by fierce wind and strain.

Of course, the real issue around the bicycle was that it was changing the culture. Gender roles were being challenged and power was shifting, and that cultural change was resisted. As it is with e-scooters now. But adaptation is still possible. E-scooter riders should obey the same laws bicycle riders follow and accept the same fines and consequences if those laws are broken.

And e-scooter riders should also be sensitive. This is new for everyone. If we want people to have a positive outlook on this type of innovation, we need to use it safely and responsibly and create a respectable public image around it – “scooter face” and all.