Home » Lifestyle » She's the One! Jessica Batten's Fiance Recalls How He Knew It Was Love 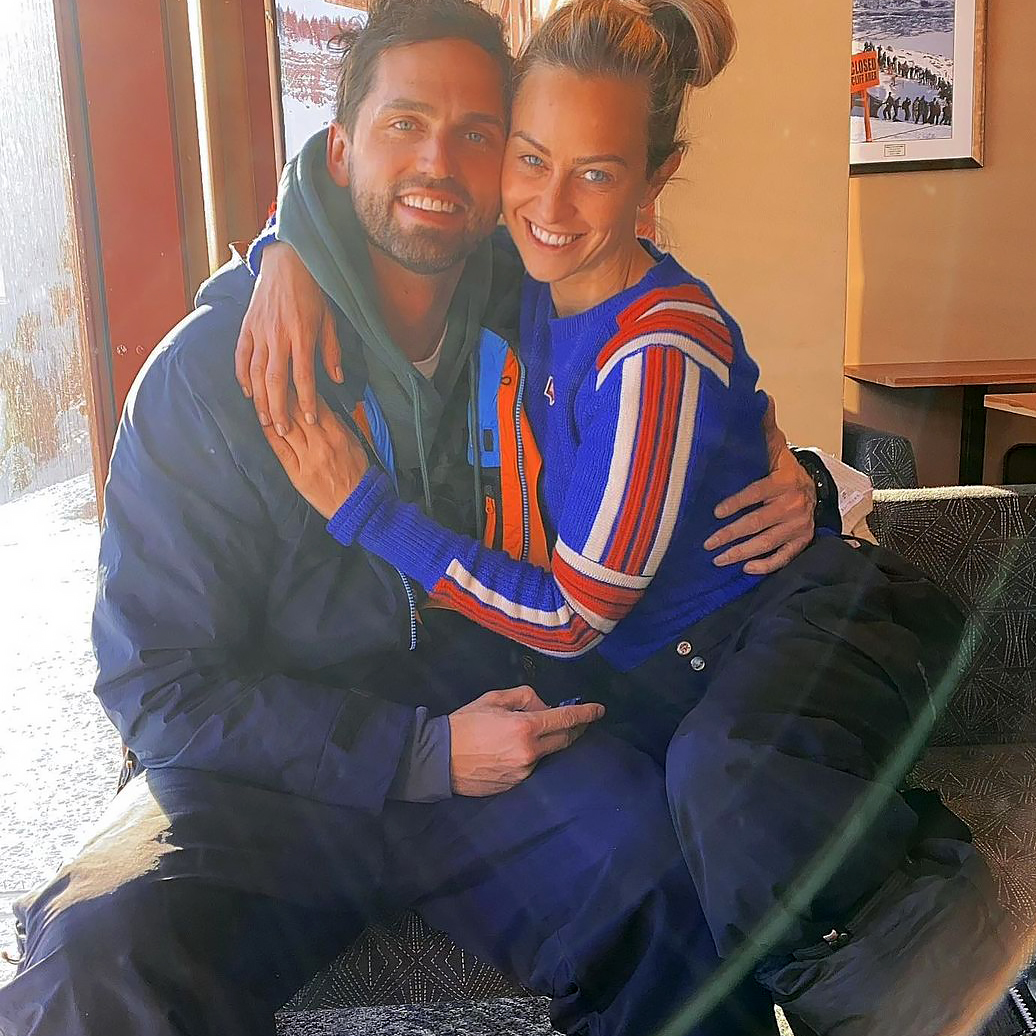 From the DMs to happily ever after! After initially connecting via Instagram, Love Is Blind’s Jessica Batten and Dr. Benjamin McGrath dated for more than one year before getting engaged on September 10, and nearly one month later, she learned how her beau knew she was “The One.”

‘Love Is Blind’ Season 1 Cast: Where Are They Now?

“When did I know? I’ve got two kids, and just seeing her with the kids just felt like family,” the foot and ankle surgeon, 35, exclusively told Us Weekly during a joint interview with the reality TV personality, 36, while attending Whitney Cummings’ Touch Me standup show in Anaheim, California, on Friday, October 22. “[It] just was natural. That was the biggest thing.”

The California native — who has two children, Poppy, 6, and Ethan, 5, from a previous relationship — and his soon-to-be bride gushed about how the little ones handled meeting the Illinois native.

“[They’re] so sweet,” Batten told Us while dishing on their bond. “They love everything and everyone, which made it easy for me. “It’s funny because we all share the same birth week. They bookend me, so we all have this weird kindred spirits thing going on.”

The couple already lives with his kids and the Love Is Blind: After the Alter alum has been ready to step into the stepmother role, though McGrath joked that she was “one of the kids.”

Celebrity Engagements of 2021: Stars Who Got Engaged This Year

“It’s fun,” Batten explained. “It’s weird [because] doing things for the first time now is really exciting [because] you think about them and they’re experiencing things totally differently. But all the things that I would do like in the closet before, like, drink chocolate milk and watch cartoons in bed all day Saturday  — they want to do that! So it’s actually a lot of fun.”

McGrath popped the question to the former Atlanta resident last month, to her complete astonishment. 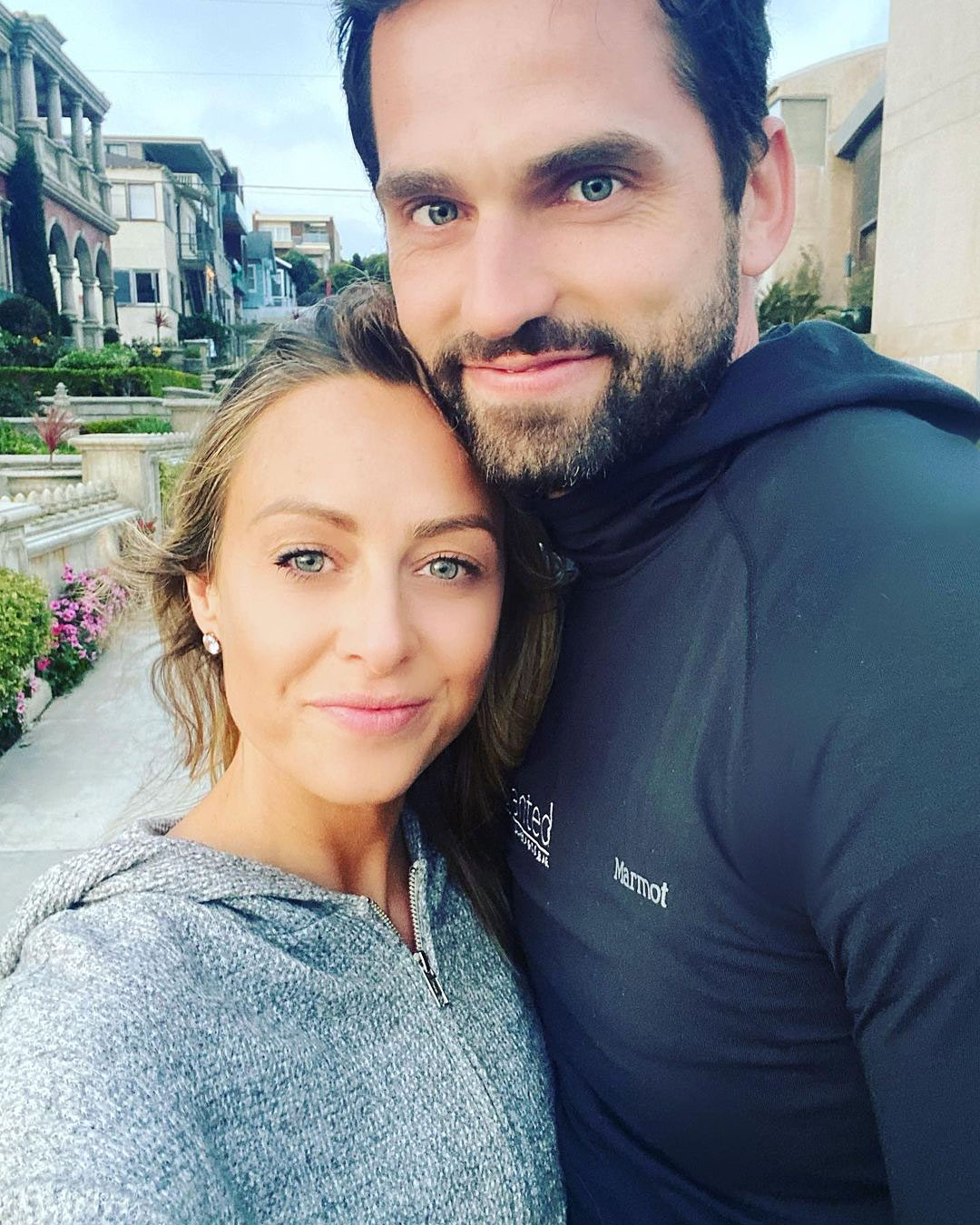 “It was a complete surprise, she had no idea,” he revealed to Us. “One day, I was just, like, ‘I’m going to do it, we gotta make this happen.’ … We’d never talked about a ring or anything like that, so I kind of planned it around her dad coming into town, with him kind of facilitating the surprise. And it turned out pretty good, I think we got her pretty good.”

Batten recalled feeling completely “overwhelmed” after seeing her beau down on one knee.

“It took me a minute, but I recited a line from Suits,” she remembered. “When we were [doing] long-distance, we were watching Suits, and we would just be on FaceTime and set the phone there and we’d just be watching together. So instead of saying yes, I said, ‘Do I have a brain in my head? Do I have a heart in my chest?’ And he liked that. Then, he forgot to put the ring on, so I reminded him, ‘You have to put the ring on now.’”

While the reality TV star has found her dream wedding dress, the pair haven’t begun wedding planning just yet.

Batten was previously engaged to Mark Cuevas after he popped the question sight-unseen on the Netflix dating show in 2018. After a tumultuous journey out of the pods, she eventually walked away from the personal trainer during the finale, which aired in February 2020.

The 27-year-old recapped their would-be wedding day shortly after the finale aired.

“I went into the wedding day just being like, ‘I’m going to be in the moment.’ I, like, blacked out. I think I was just so nervous,” Cuevas exclusively told Us Weekly at the time. “Everyone’s just staring at you until she walks in. And then I’m like, ‘Oh, damn.’ I still remember it. I’m playing it back right now in my mind. I just felt what I felt. … I refer back to when we first saw each other and that was, like, the best moment. That moment will always resonate in my head because I felt like I was on top of the world. I kind of felt the same thing when I was up there. I was on top of the world.”

The Meta Training Athletics founder, for his part, later got engaged to Aubrey Rainey in November 2020 before welcoming son Ace in April. The couple announced they are expecting their second child on Friday, October 22.

Months before Cuevas announced his engagement, Batten and McGrath made their love Instagram official in July 2020. Before they started dating, McGrath knew exactly who she was, having seen the first season of the pod-based dating show.

“I love that he watched it because I felt like he got to see what I went through,” Batten noted. “Now on the other side of it, obviously we’re much happier with how things turned out on this last little blip of LIB. And he’s been part of the journey and he’s super accepting and super supportive of all of it, so I can’t imagine anyone better.”

With reporting by Hannah Kahn

Emma Coburn Says She Tried to 'Focus on Things I Can Control' amid Olympics Postponement, Pandemic

Giants And Dodgers Players Take A Knee During National Anthem

12 Valentine's Day Gifts You Can Get at Costco