Sophie Wessex told Frank Skinner ‘not to give up his day job’ after Three Lions rendition at the Royal Variety Performance, comedian claims

Sophie Wessex left Frank Skinner shocked after she apparently criticised his performance at this year’s Royal Variety Performance, the comedian has claimed.

Skinner, 65, claimed the Countess, 57, made critical comments about his performance of Three Lions with David Baddiel and The Lightning Seeds and told him not to give up his day job.

The comedian explained he had been feeling unwell all day and battled his way through the performance, so was stunned when the Earl and Countess – who represented the Royal Family at the event for the first time last Wednesday, criticised him as ‘that’s not how the royal thing works’. 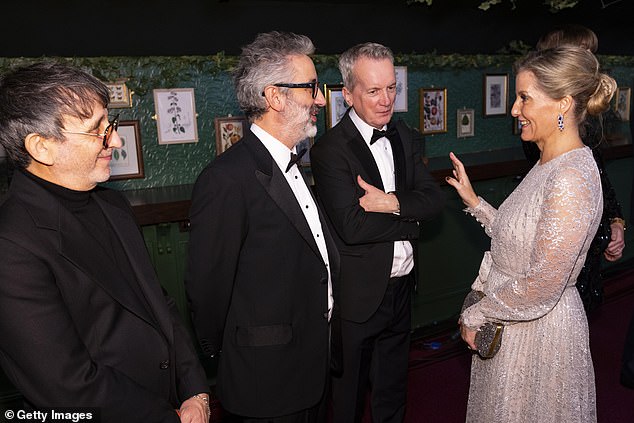 Comedian Frank Skinner claims the Countess of Wessex told him ‘not to give up his day job’ after his performance of Three Lions at the Royal Variety Performance last Wednesday (pictured L-R: Ian Broudie of The Lightning Seeds, David Baddiel, Frank Skinner, Sophie Wessex)

According to The Times, Skinner told Absolute Radio: ‘It’s supposed to be just banal compliments. I said, ‘Was it that bad?’ And she said ‘Well, you know, I could tell, you know, it’s not what you do.’

The comedian added he explained to the Countess that he and Baddiel were comics, to which she remarked the pair were ‘not used to live audiences’ and were more perhaps more comfortable on screen.

After Skinner retorted he had played at the London Palladium just days earlier, he claimed mother-of-two Sophie shot him an ‘awkward’ look. 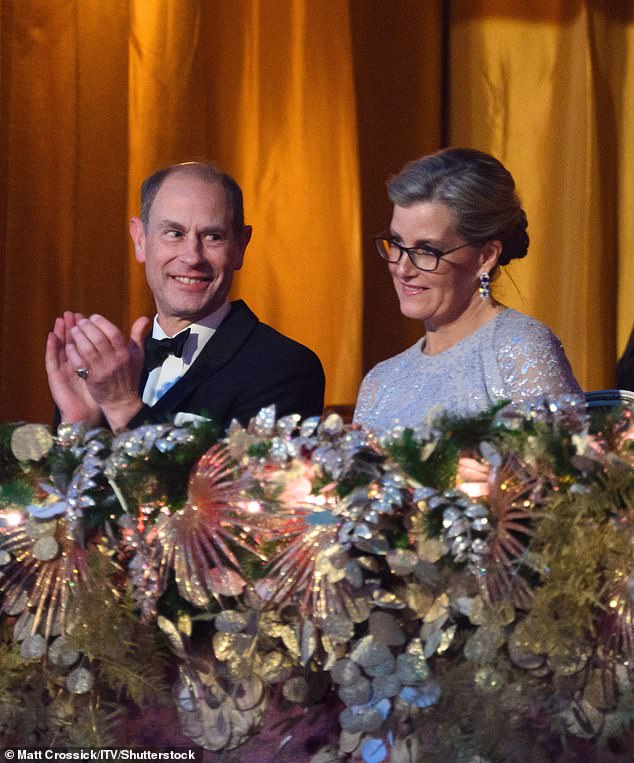 After being bruised by Sophie’s review, Skinner added he was subject to further criticism by Prince Edward – although he admitted he couldn’t remember the Earl of Wessex’s exact words.

Despite being burned by the royal couple, Skinner explained he thought the pair were a little inexperienced, rather than rude.

He added the family was likely still reeling from the death of Queen Elizabeth II just a few months ago.

Skinner told the radio station: ‘I think that what’s happened is they don’t really do this stuff much, and they’ve been reduced in numbers for various reasons, and so they’ve been pulled out to do this — and it’s a bit of a skill just talking to someone for ten minutes and not upsetting them.’

The Earl and Countess of Wessex represented the Royal Family for the first time at this year’s Royal Variety Performance at the Royal Albert Hall.

Following the death of Queen Elizabeth II in September, Prince Edward and Sophie have taken on more responsibility and more prominent roles in public engagements.

During the state visit of South African president Cyril Ramaphosa earlier this month, Prince Edward took the guest of honour on a tour of The Royal Botanical Gardens at Kew, while the Countess made a dazzling appearance at a state banquet held on Mr Ramaphosa’s behalf at Buckingham Palace.

More recently, Sophie has been out and about on solo visits, including a trip to London Zoo to explore the new Monkey Valley Exhibit, accompanied by children who receive care and support from the Kaleidoscope Palliative Care and Community Children’s Nursing Teams.

Before making her glamorous appearance at the Royal Variety Performance, Sophie also visited disabled children in Guildford, Surrey, who are supported by the charity Whizz Kids.

Despite Frank Skinner’s comments, Sophie’s recent royal appearances have led to calls for her to be made a Duchess, with royal fans gushing over her affinity with children and other members of the public.

Dean and Nala: How a stray cat joined a man’s cycling trip — and changed his life