‘Everybody is at the edge of needing to find something to be upset about because that’s their lives,’ Fox News contributor Tammy Bruce says.

Peloton got the "Saturday Night Live" treatment in this week's cold open sketch.

In it, first lady Melania Trump, played by Cecily Strong, appears to be a Peloton spokeswoman.

PELOTON ACTOR SPEAKS OUT ABOUT ROLE IN CONTROVERSIAL AD

"I'd like to tell you about Peloton," she said. "Are you scared woman who's trapped inside a mansion? Why not imagine biking away from it all on Peloton? Merry Christmas to me."

Peloton shares slumped after the home exercise company released a commercial that some called "sexist," leaving the company on track for the second-worst weekly performance in their history. 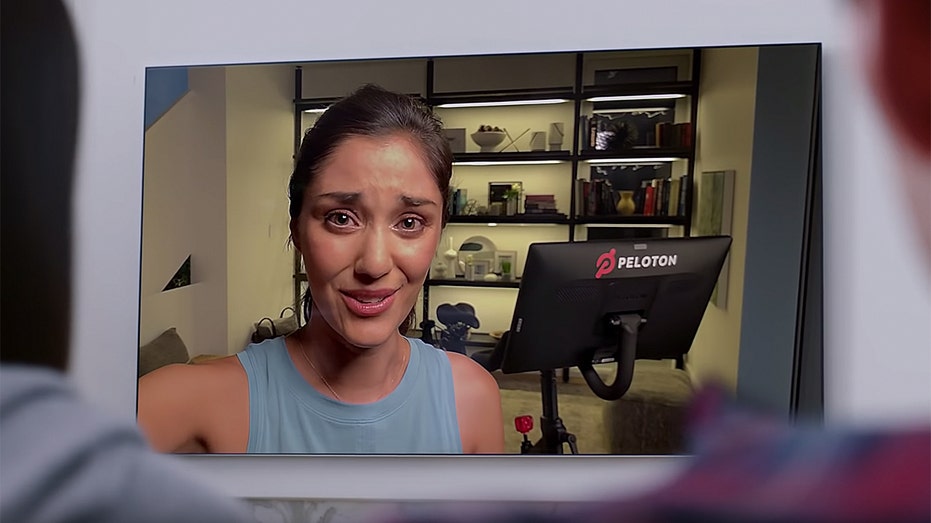 A still from the controversial Peloton ad.

Peloton drew the wrath of the social media world last week after its holiday commercial, which depicts a woman who's surprised with a Peloton bike for Christmas and documents her workouts over the course of the year, was deemed "sexist" by some viewers because of how she looks at her husband for approval.

Actor Ryan Reynolds released a web ad Friday evening for his Aviation Gin featuring the actress from the Peloton commercial.

The first lady appears at the end of the sketch to remind the leaders to "Be Best" and share about Peloton.