So in Vogue! British fashion bible swaps supermodels for key workers to grace its July cover including a London Overground train driver and a midwife

Its cover is usually graced by stars and supermodels, but Vogue has set aside the rich and famous in favour of key workers.

The fashion bible has broken with tradition to celebrate the everyday heroes risking their lives during the coronavirus pandemic.

Narguis Horsford, a train driver on the London Overground and Rachel Millar, 24, a community midwife in east London, were selected to represent millions of key workers in the UK as part of a 20-page portfolio for the July issue of British Vogue.

Meanwhile Anisa Omar, 21, a supermarket assistant in King’s Cross, central London, was also chosen to grace the cover of the magazine. 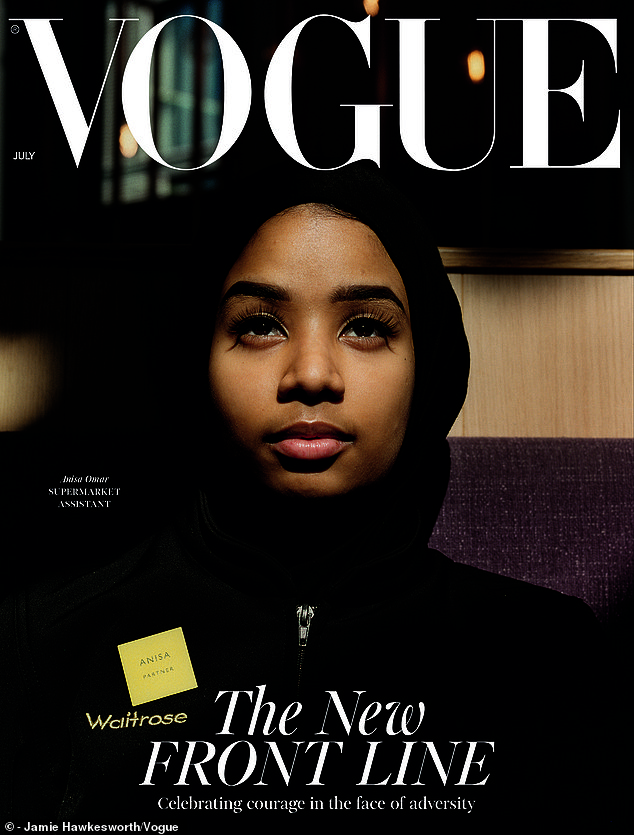 Anisa Omar, a 21-year-old Waitrose partner at King’s Cross, central London, features on a Vogue cover after the fashion bible has broken with tradition to celebrate the everyday heroes

Narguis said working through the pandemic has given her a sense of pride, revealing: ‘My job is to provide an essential service for people who need to travel safely.’

‘That gives me such a rewarding feeling, even more so during these times.’

Rachel called for the nation not to forget the Thursday Clap for Our Carers once the outbreak is over.

She revealed: ‘After the 8pm clapping fades, I hope the NHS won’t be forgotten. To resume to “normal” would be a step in the wrong direction.’ 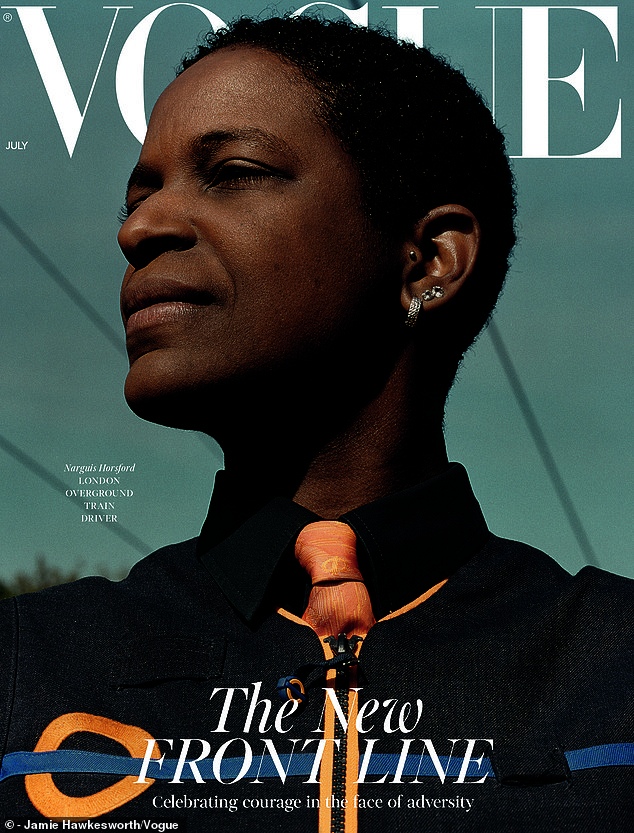 Narguis Horsford, a train driver on the London Overground, revealed how working throughout the pandemic had given her a sense of pride

Meanwhile Anisa said she now feels important, which she described as ‘nice’.

British Vogue editor Edward Enninful said: ‘If you had told me at the beginning of the year that Vogue’s July cover stars would be [these three] I might not have believed you.

‘But I can think of no more appropriate trio of women to represent the millions of people in the UK who, at the height of the pandemic, in the face of dangers large and small, put on their uniforms and work clothes and went to help people.’

It comes after Princess Sofia of Sweden and an Oxford University doctor who is leading the coronavirus vaccine race have been named as among Vogue’s first Forces For Change. 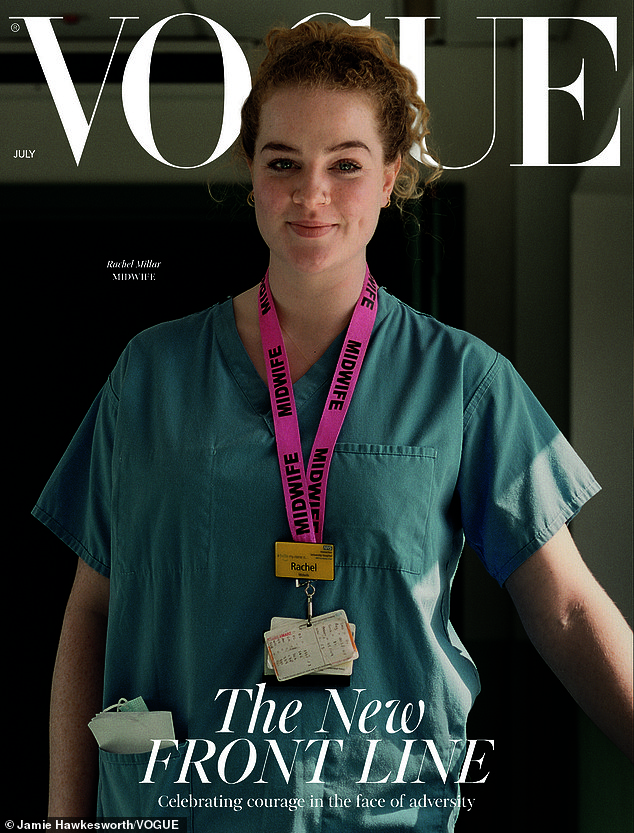 Meanwhile Rachel Millar, 24, a community midwife in east London, also graces on the cover of the fashion bible

Edward and the Duchess of Sussex, 38, collaborated on September’s special ‘Forces for Change’ edition, which featured a grid of 15 ‘incredible’ women on the cover with articles commissioned by the royal inside.

Now the magazine have named five further women whom they consider ‘change-makers’ making ‘a positive contribution to society’.

The editor-in-chief had previously declared Meghan Markle’s principle ‘a movement’, with the magazine hosting their first Forces for Change event in March

Read the full feature in the July issue of British Vogue, available via digital download and on newsstands from Friday.

This woman was catcalled eight times in eight minutes