The 19-year-old internet personality — who is best known for her several dozen appearances on "The Ellen DeGeneres Show" — also opened up about her struggles with anxiety and panic attacks.

Sophia Grace is setting the record straight on people’s assumptions about her.

On Friday, the 19-year-old internet personality posted a new video to her YouTube channel, in which she addressed a small handful of things fans have speculated or wondered about — including whether or not she’s had plastic surgery and what her relationship with her cousin Rosie McClelland is like now. 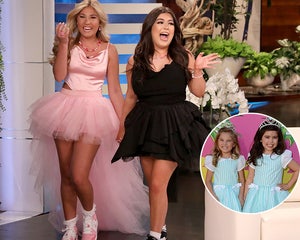 At one point in the 13-minute video, Sophia Grace shut down the assumption that she’s had plastic surgery or cosmetic treatments, such as lip fillers.

“So someone said, ‘At first, when I saw you on social media, I thought you had plastic surgery, do you?'” she said, referencing a comment from a fan, before clarifying, “No, I don’t have any plastic surgery. I’ve probably answered this quite a lot of times on my Instagram and on YouTube. So no, I haven’t had any plastic surgery.

“The main comment that people think the main surgery people think I’ve had is my lips done,” Sophia Grace added. “I mean, I really don’t think my lips look that big. Maybe I haven’t underlined them as much as I usually do today. But I’ve never had lip fillers. I wouldn’t be interested in getting lip fillers.”

While she noted that she can’t say whether or not she would possibly get plastic surgery in the future, she said she doesn’t want or need it, at least not right now.

The young star went on to add that possibly the way she does her makeup could make people assume that she’s had work done. “If I do, you know, have lips that look quite plump and big sometimes, it’s literally just makeup,” Sophia Grace explained. “Makeup is very powerful and obviously I look very different without makeup to what I do with it, which most people do. And yeah so that’s the reason why maybe people think it is because I am quite good at makeup and I’m quite good at making my face look like maybe I have had surgery, even though I haven’t.”

Sophia Grace also addressed her relationship with her 15-year-old cousin Rosie. The two girls, of course, became global sensations after they performed “Super Bass” on “The Ellen DeGeneres Show” together way back in 2011. Sophia Grace and Rosie went on to appear on the daytime talk show over 30 times, and returned for one last time in May before “The Ellen DeGeneres Show” signed off for good.

In her video, Sophia Grace said she gets asked about Rosie often, noting that there were “so many” questions and assumptions fans have made about their relationship now — with some speculating that they aren’t “as close” or “don’t get along.”

The pop singer put any speculation to rest, explaining, “Me and Rosie have always been really close. We’ve been like sisters literally since she was born. So if you didn’t know, my dad is Rosie’s mom’s brother. So we are like first cousin[s] and yeah, I mean obviously when me and Rosie used to be in America together filming ‘The Ellen Show,’ we would obviously be with each other, like every single day.”

Meanwhile, another topic Sophia Grace discussed in her YouTube video was her mental health, responding to the assumption that she has anxiety. The “Little Things” singer said she does, before detailing her struggles with anxiety and panic attacks.

“I guess you could say I have anxiety. I have general anxiety,” Sophia Grace said. “I’ve experienced panic attacks before I went for a stage actually last year. I haven’t talked about before, also when I was taking a break from social media, partly the reason why [is] I had this thing where I literally just woke up one day randomly, I was eating my dinner in the kitchen, and I literally just started to get really breathless and I couldn’t breathe. And I literally felt like my world was ending. And I was like, ‘I felt like I was dying.’ I couldn’t breathe.”

Sophia Grace said her mom told her she was having a panic attack, and went on to get them “every single day” during which she “could not breathe properly.”

“I was having constant anxiety and I honestly don’t know what caused it. It just happened,” she said, before recalling an incident in which her anxiety became so severe that she went to the hospital. “One night, I actually got so bad that I made my mom call an ambulance because I literally felt like my throat was closing up and I went to [the] hospital and they told me, ‘You’re fine. It’s just anxiety.’ They [did] some tests on me.”

“So it really does show you how much anxiety can affect you and make you have real physical symptoms,” Sophia Grace added. “I also definitely have health anxiety, but that is something else that I’m not gonna get into today. So I’m not gonna talk about that today, but yeah, that is sort of what I have.”

The Essex-born star also opened up about her sexuality in the video, responding to fans who asked if she’s ever “questioned” her sexuality.

“So I am straight. I don’t think I’ve ever really questioned my sexuality,” Sophia Grace said. “I mean, I feel like sometimes when you’re ike younger, it kind of comes into your head and you think like, ‘Could I be like that?’ But I’ve never actually genuinely questioned it or like thought about it properly. So yeah, I am definitely straight.”

See more in the full video, above! 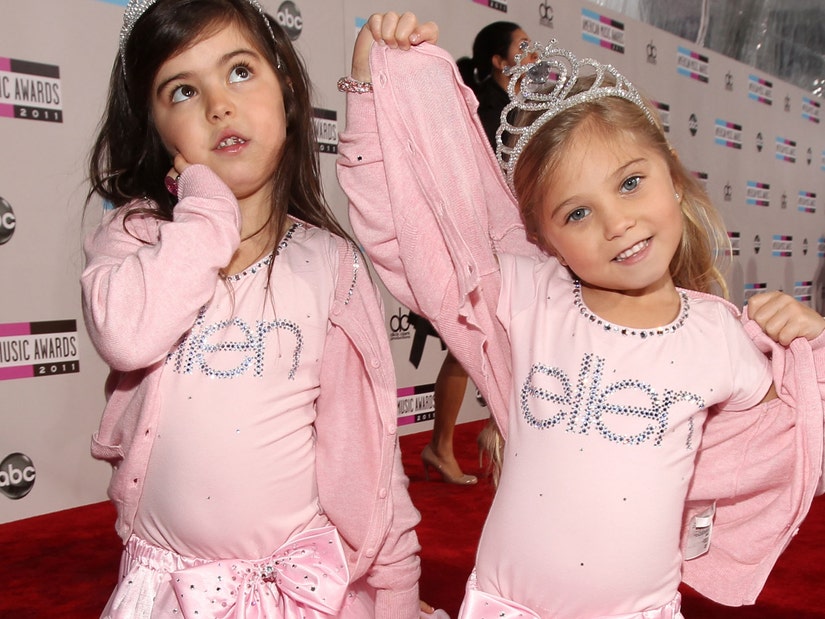 Peter Andre on Will Smith: I love my wife too – but I wouldnt slap someone