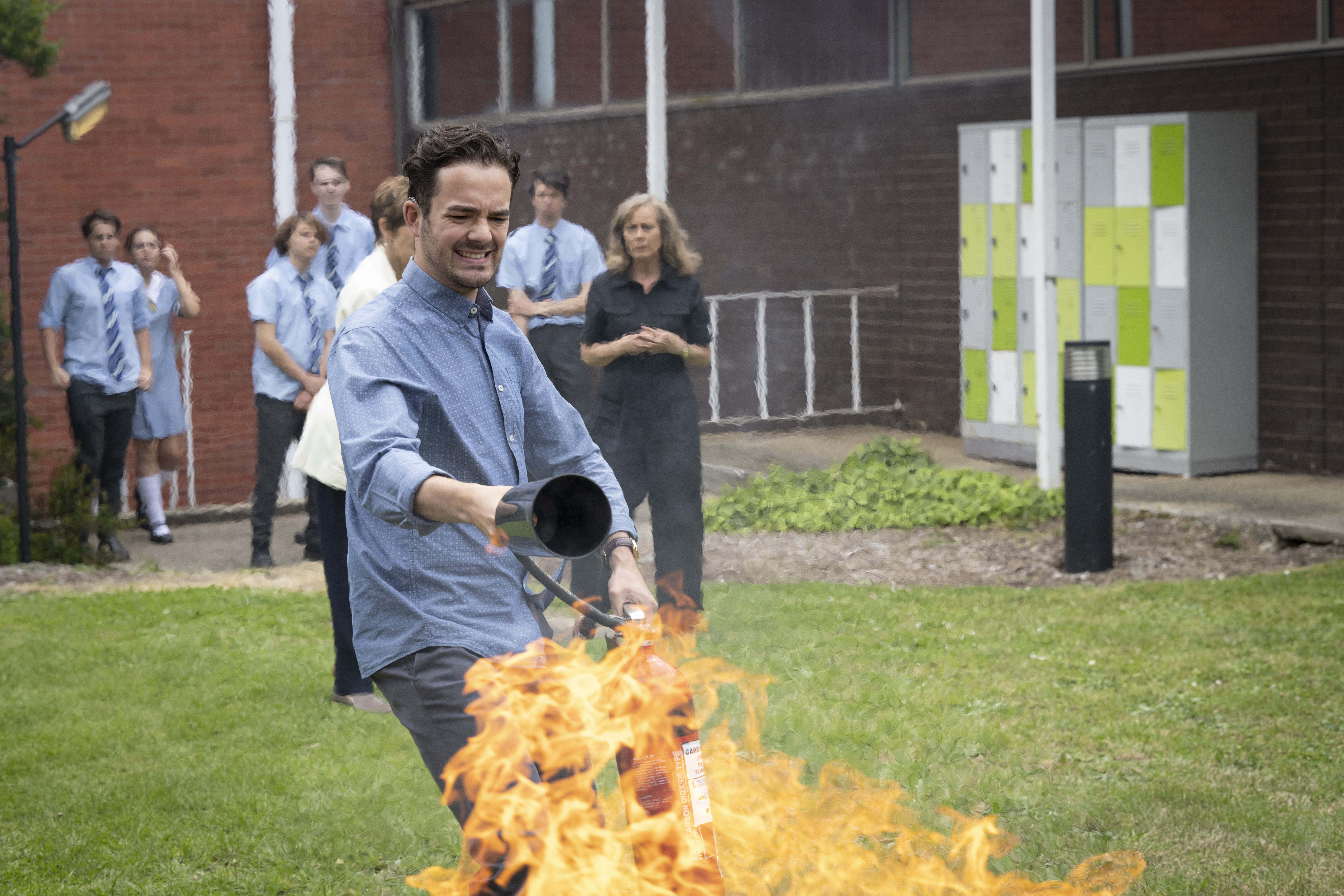 Curtis’ (Nathan Borg) life, as well as the students of Erinsborough High, are put at huge risk when someone deliberately starts a fire in Neighbours, but who?

Could the school have been targeted in some kind of turf war, or could this be the work of three disgruntled teenagers?

Zara (Freya Van Dyke), Aubrey and Sadie have it in for Jane (Annie Jones). Well, Zara has had it in for pretty much everyone since she arrived – having set off a school fire alarm, fed a jelly laced with vodka to a child, and split up her mum’s relationship. And the latter two teens spread a vicious rumour about the teacher, for which Zara took the blame.

But Jane is about to hit breaking point, and it could have a terrible ripple effect.

Jane has been trying to fight back, working hard to keep Zara in check by coming down heavy handed on her. Unfortunately for her, it’s had the adverse effect and Zara has become more and more resentful and bolshy. Jane snaps when the bullying from her own students gets too much and she decides Zara needs punishing once and for all.

But Zara is not only not someone to be messed with and she thrives off drama. As well as disrupting her own education, she’s also got her sights set on splitting up Hendrix (Ben Turland) and Mackenzie (Georgie Stone). On top of all of that, could she be about to risk criminal damage and putting someone’s life in danger to get what she wants?

The staff and students at Erinsborough High are left agog when they discover a raging fire on the school grounds. Curtis rushes in to attempt to save the day, but could this school prank end up claiming his life? Is Zara behind this?

These UGG Slip-On Sneakers Will Be Your New Favorite Shoes