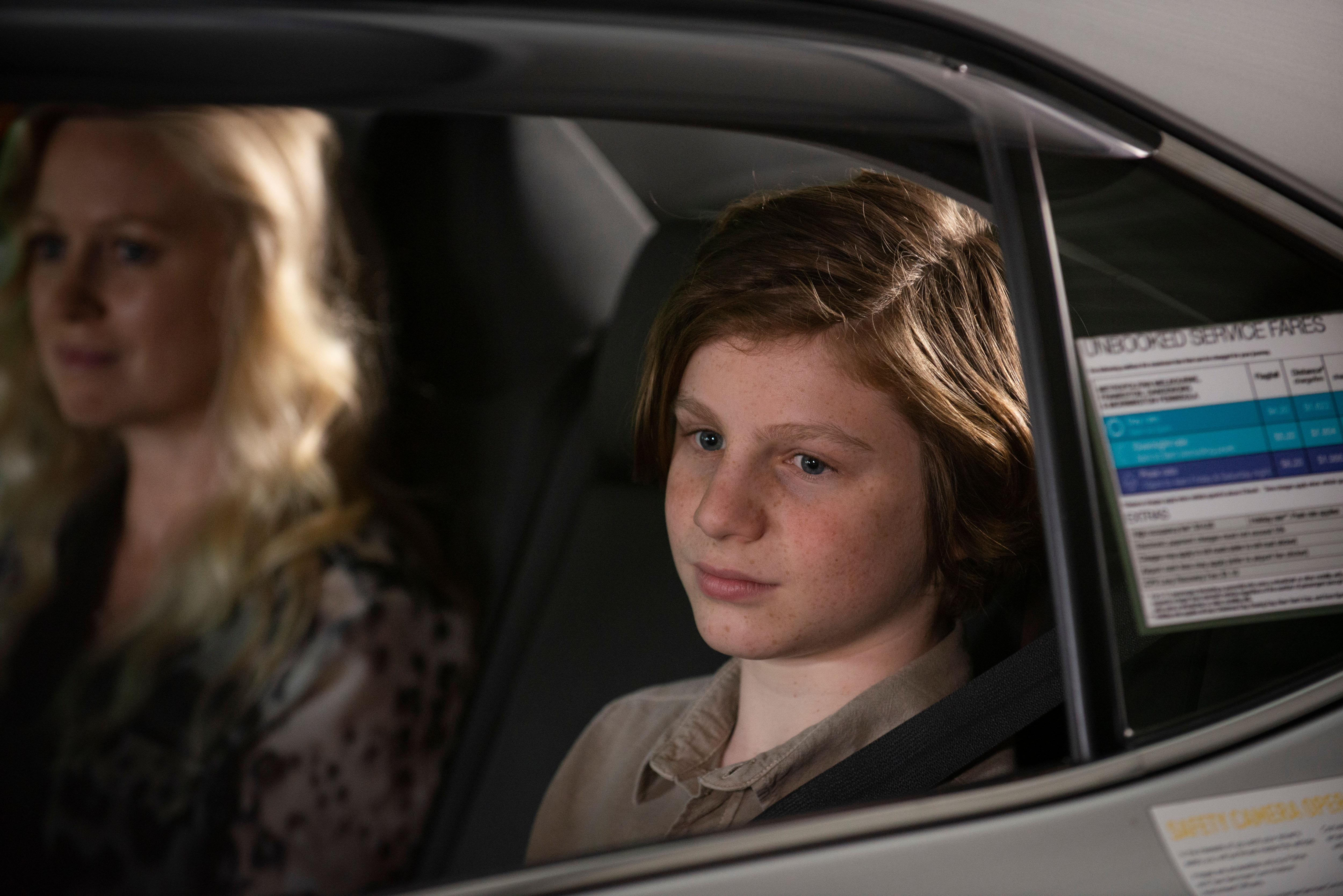 Aaron (Matt Wilson) and David (Takaya Honda) have been put through the ringer in recent weeks and they’re clinging onto their little family by their fingertips in Neighbours. But they’re about to lose one important member, could the exit cause the Brennan/Tanaka/Stone family to crumble?

Nicolette (Charlotte Chimes) was understandably upset after getting caught up in the ordeal at the Hive and was baying for Brent’s (Texas Watterson) blood after he put her and her baby’s lives at risk. And when despite what he’d done Aaron and David still prioritised the dangerous teen over her, she snapped. Nic dished an ultimatum; if they want the baby in their lives they have to ditch Brent and Emmett.

It would have been an impossible choice for them to make, but the decision was taken out of their hands when Jenna, Emmett’s mum, unexpectedly arrived in town with all the promises they were dreading; that she could give Emmett the new life he’d always dreamed of.

All eyes pointed to Nicolette, suspicious she set up the reunion to rid herself of the thorns in her side, but in reality, it was Paul who called Jenna.

Now Jenna’s here, she’s determined to take Emmett with her to New Zealand. Emmett desperately wants to believe his mum has changed and is enticed by the offer of a new life with her.  But can she be trusted?

The wheels are set in motion with social services and Emmett gets the news he’s after – he can go with his mum.

Aaron and David are devastated but know that ultimately the decision is his. They desperately don’t want him to go, but they can’t stop him. It’s a crushing blow when Emmett makes up his mind, he’s leaving.

It’s an emotional farewell, and Nicolette and Paul have got what they wanted. But how will the dads-to-be cope with the loss? Having been under so much stress from all angles for so long, will they take it out on Paul and Nic, the two people who didn’t even want Emmett around? Nic turns to Chloe for support, but can their modern family make it through this?

Scenes air from Monday 24th May on Channel 5.