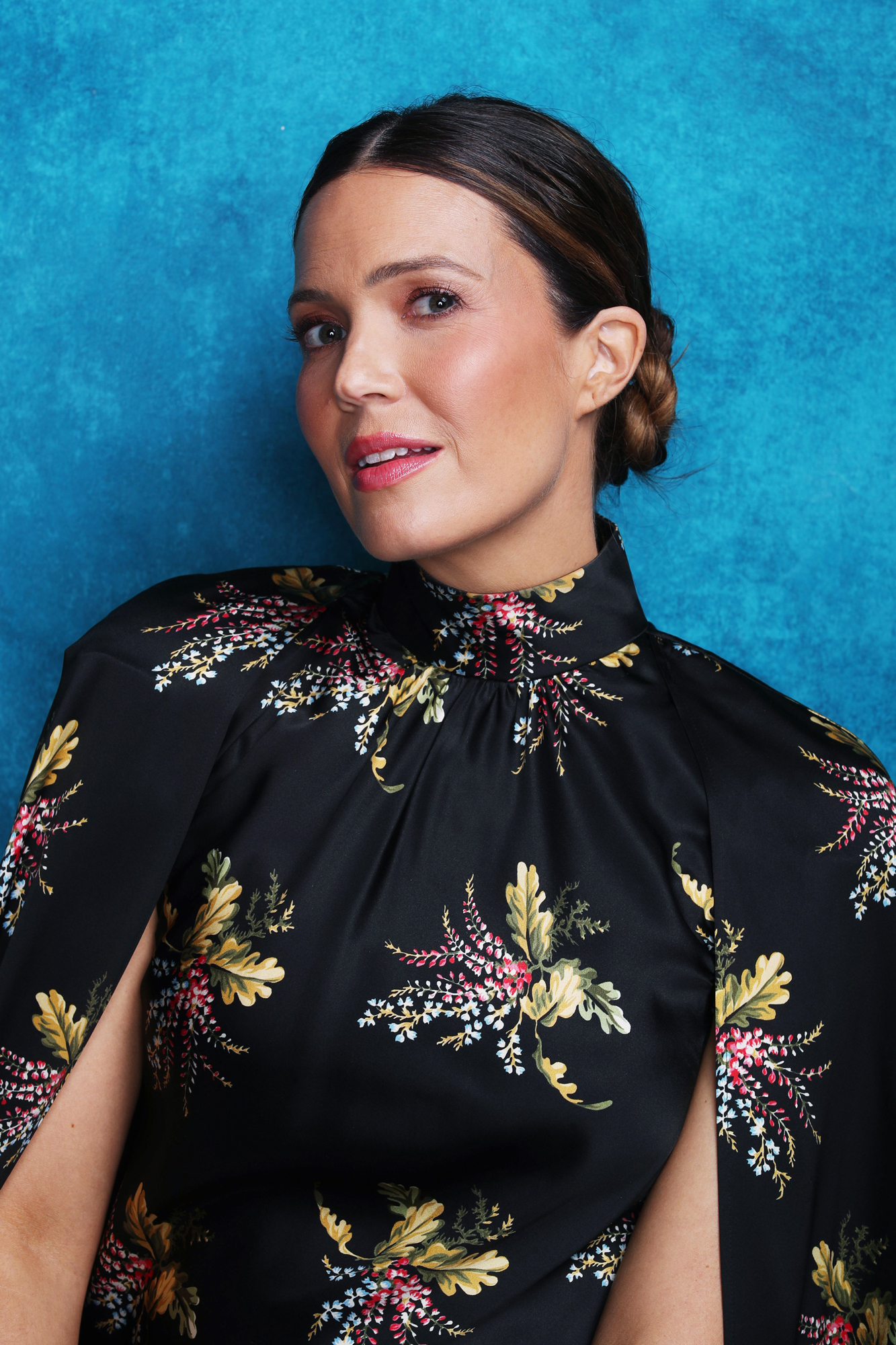 Finding her strength. Mandy Moore headed back to the gym eight weeks after welcoming her second child with Taylor Goldsmith.

“8 weeks PP. First time exercising in months,” the This Is Us alum, 38, captioned a selfie via her Instagram story on Tuesday, December 20. “Already sore. Thanks @coachgarman 🫠.”

In the picture, Moore posed in front of a mirror while rocking a checkered print workout set — leggings with a matching cropped sports top. She ditched her shoes and opted for some cozy socks after crushing her first workout back since her pregnancy.

In October, the A Walk to Remember actress gave birth to son Ozzie. “Ozzie is here!” Moore wrote via Instagram at the time, alongside a series of black and white photos of her and the Dawes musician, 36, cuddling their newborn. “Oscar Bennett Goldsmith arrived a little late but with much aplomb (and an easier/speedier delivery than his big brother, much to the delight of his parents). Every adage is true: our hearts have doubled in size and the immediacy of the love is astounding. He is beyond words and we are so grateful for our family of four! 💓💓💓💓.” 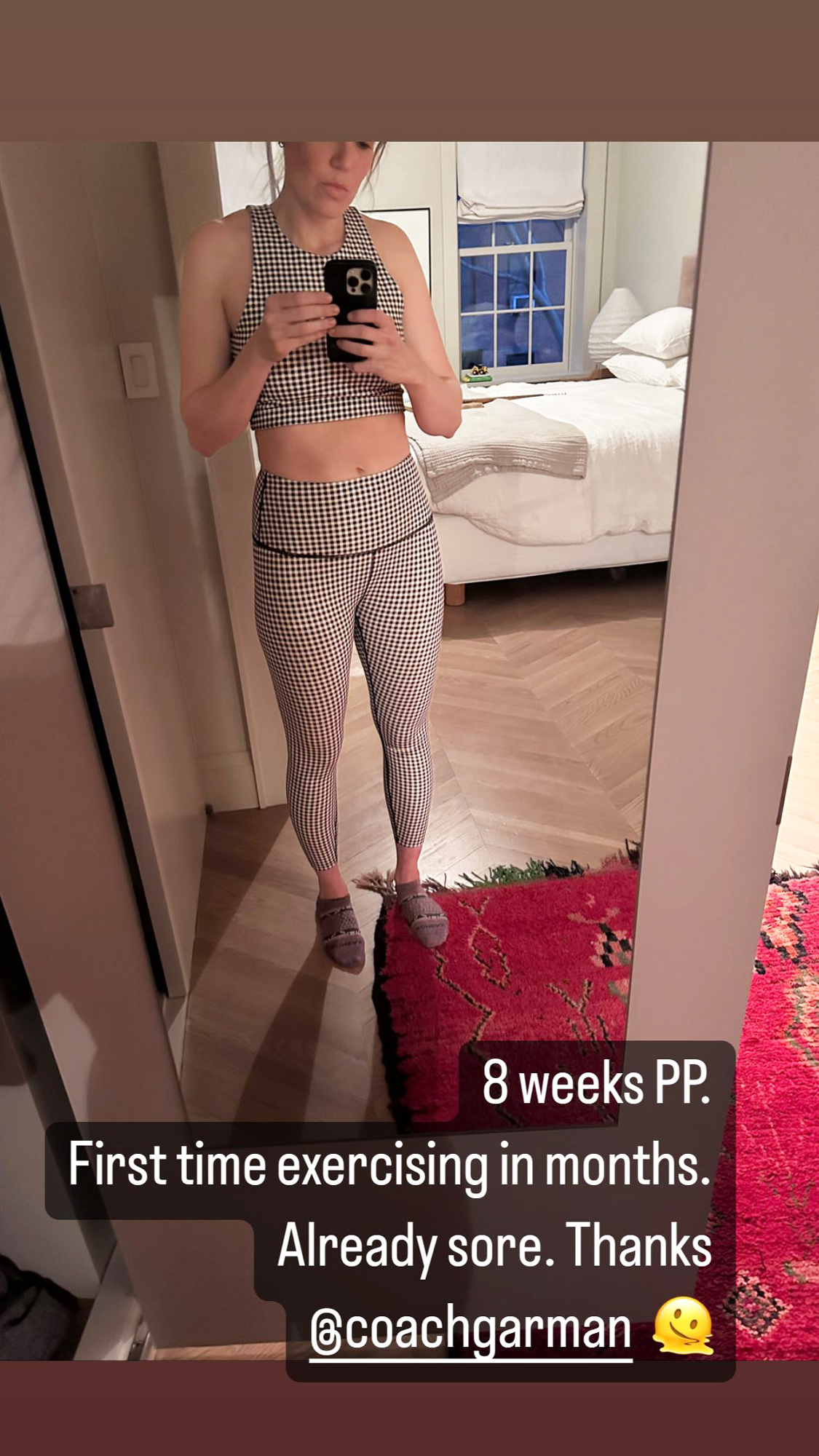 Shortly after Ozzie’s arrival, the “Only Hope” singer later revealed that she was ingesting her own placenta in capsule form — and this was not the first time. Moore also participated in this post-birth trend after she gave birth to her and Goldsmith’s first child, Gus — whom they welcomed in February 2021.

In November, the Tangled actress opened up to Us Weekly about how she was adjusting to being a mother of two. “I think it’s all just starting to ramp up a bit. [It’s been] pretty quiet and mellow,” Moore exclusively told Us. “I mean, I haven’t really left the house [other than] for going to doctor’s appointments, so I know that we’re in the very early days where things are still just pretty easy. … The challenging days haven’t even hit us yet, but it’s fun.”

This Is Them! Get to Know the ‘This Is Us’ Cast’s Children

The Princess Diaries star added that she wanted to cherish each moment of the newborn’s early days since it “goes by so fast.”

While Moore was pregnant with her second child, she was in the midst of wrapping This Is Us after six seasons and had just started her first concert tour in decades. However, in June, she was forced to cancel the rest of her shows. ​She told her fans at the time that she needed to “put my family and my health (and the health of my baby) first.”

‘A wrong is being righted’: New land to form protective ring around Indigenous site