Surprise guests! Shortly before Clayton Echard met the 30 women vying for his heart during the season 26 premiere on The Bachelor, a few VIPs met up with him at the mansion and dished out some words of wisdom.

Clayton Echard’s Season 26 of ‘The Bachelor’: Everything We Know

“Well, hello there,” former Bachelorette Michelle Young said as she greeted the Missouri native, 28, in a deleted scene from the Monday, January 3, episode, walking up to her former suitor by the pool. “It’s good to see you, too!”

After briefly chatting with the newly engaged Minnesota native, also 28, Clayton confided in his ex — whom he attempted to win over on season 18 of The Bachelorette — about his nerves going into his first night as the lead. 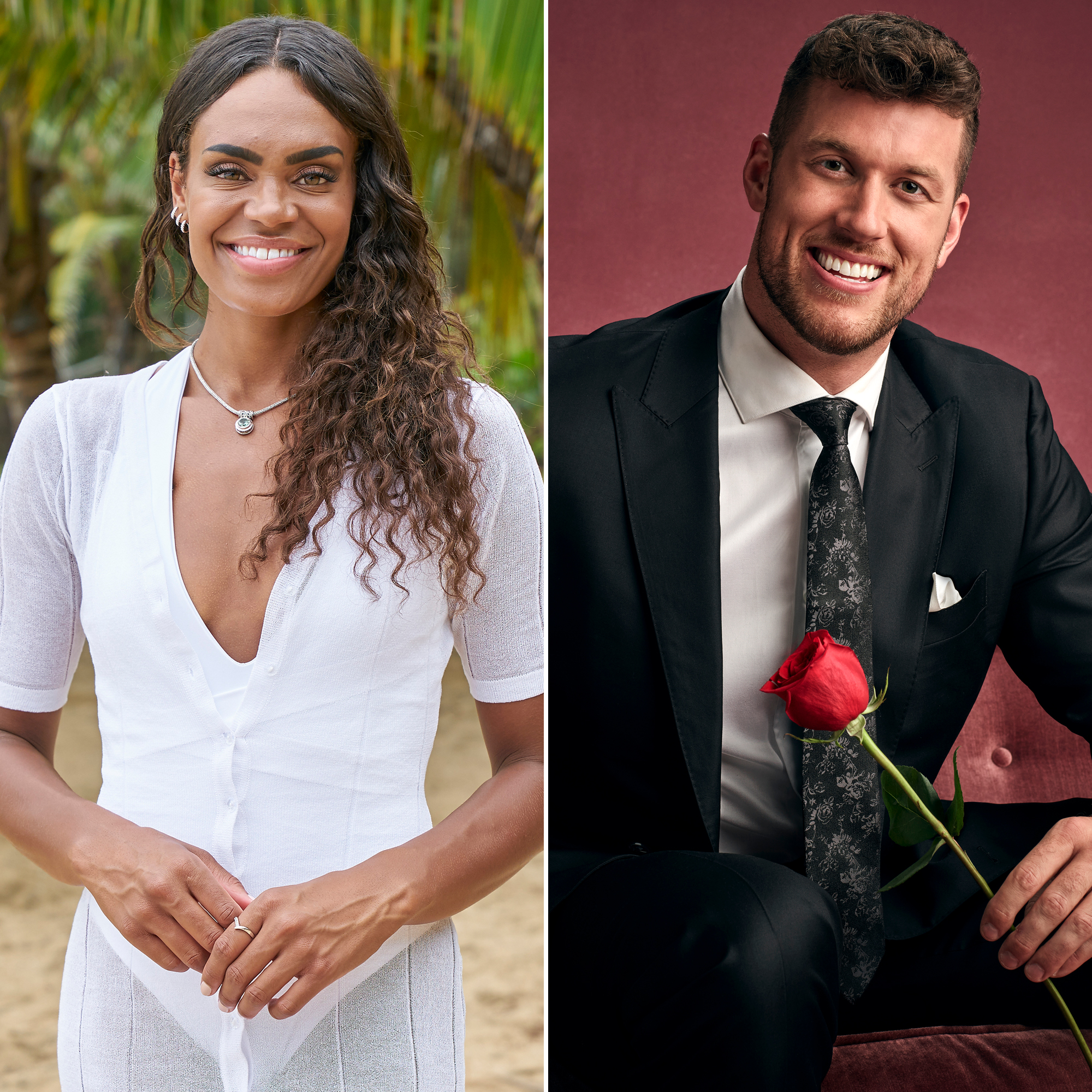 “I’ve felt a whole rush of emotions, you know, like, I’m so excited but I’m also so nervous too,” the orthopedic salesman explained. “Like, the closer I get to it starting, I’m like, ‘Oh.’ I’ll take a few deep breaths and hopefully that’ll be enough.”

To help calm Clayton’s nerves, the elementary school teacher reassured him that this process “does work” and flashed her Neil Lane engagement ring, which she received from her fiancé, Nayte Olukoya, during the December 2021 finale.

“You are so ready for this. I can tell that you’re ready,” Michelle told her former suitor. “You’ve been ready, you have a wonderful family supporting you. I’m supporting you, I’m cheering you on, and, like, everyone’s going to want Clayton to find his person.”

Michelle then brought out two more special guests — her students Kelsey and Luke — who shared their well-wishes for Clayton amid his new reality TV journey. The kids wanted to “check in” with him and see how he was feeling before the limo arrivals.

“Once you got sent home, I knew you were going to be the next Bachelor,” Kelsey told the former football player after greeting him with a big hug. “I knew it!” 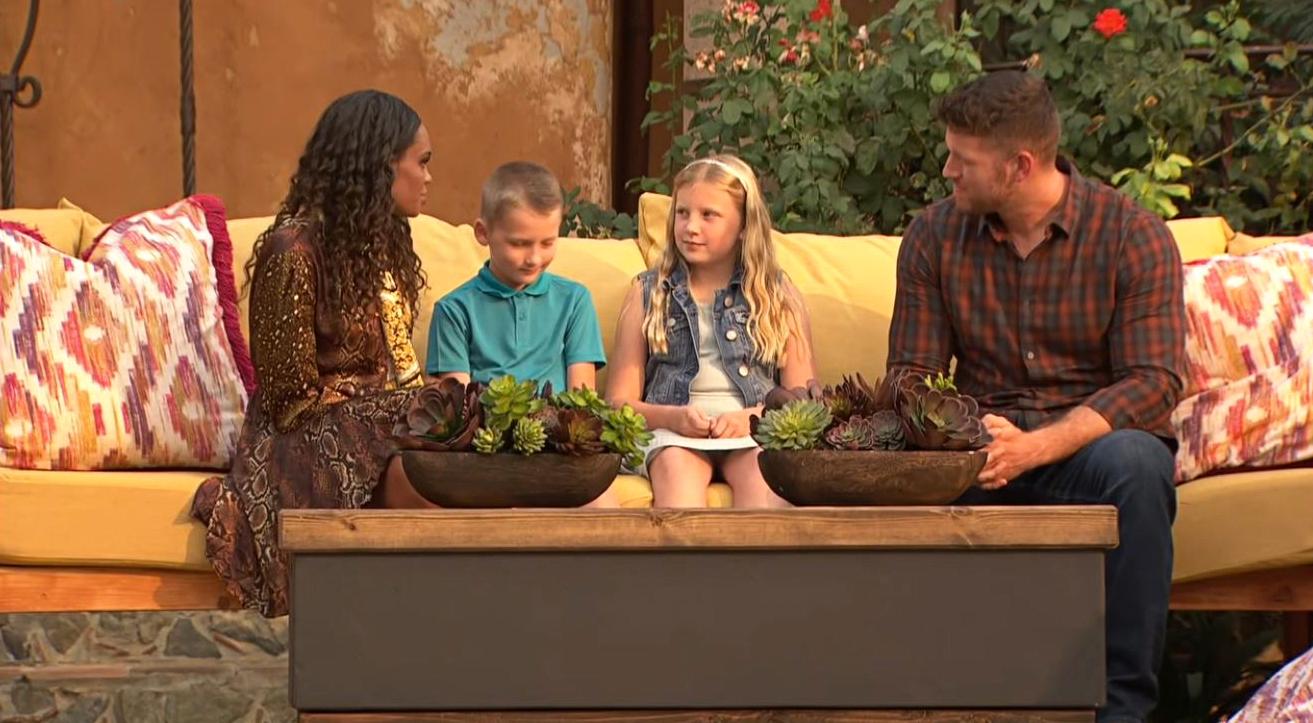 Kelsey and Luke both appeared during an episode of Michelle’s season, helping her narrow down her group of contestants ahead of hometown dates. Clayton made a lasting impression on both of the elementary schoolers due to his muscles, sense of humor and ability to build a pillow fort.

“If they don’t like dogs then definitely send them home,” Kelsey told Clayton, providing some helpful dating tips in the deleted scene. “Or you could help them like dogs better.”

Luke, for his part, agreed with his classmate, but noted that the lead should not kiss any of the women “on the first date,” a suggestion Clayton didn’t quite take to heart during Monday’s episode. Clayton then asked the two kids what to do if he falls in love with multiple women, to which Kelsey replied, “You can’t marry two women.” However, Luke had other ideas.

“He could [marry two people],” Luke noted, making Michelle and Clayton laugh. “You marry one for a year and then marry the other for the other year.”

While the foursome joked about the possibility of the University of Missouri, Columbia grad’s chances of falling in love with more than one of his contestants, they never could have guessed it was something he would confront by the end of the season.

“I actually used absolutes, which I no longer use anymore because this whole experience told me or taught me not to,” Clayton exclusively told Us Weekly in December 2021. “I remember the first day I went in, I said, ‘I will not fall in love with multiple people.’ And, like, I was so serious about it. And then the journey began, and I was just battling with it mentally. I’m like, ‘No, no, there’s no way.’ I was like, ‘You know what, quit fighting these feelings because if you do fight the feelings, you’re gonna hold back and then that’s gonna cause these women to potentially put up their walls.’”

He added at the time: “One day it hit me, and I was like, ‘I’m in, you know, [I’m] falling in love with multiple women.’ And I kind of started laughing in disbelief. I don’t know if it was a nervous — I think it was a nervous laugh. But you know what, I realized, like, ‘You can’t fight these feelings, you have to allow them to come out.’”

The Bachelor airs on ABC Mondays at 8 p.m. ET.