Home » Lifestyle » Survivors of sex offences will no longer be told ‘if they didn’t scream, they consented’

The acknowledgement, in law, that sexual activity imposed without consent is a serious and harmful violation is a once-in-a-generation legal and cultural reform. In introducing affirmative consent legislation, the Victorian government is saying to survivors of sexual offences, we know what was done to you was wrong; you are not the problem here.

Every day, sexual assault services see the harm inflicted, first, from sex acts forced on someone without their consent and, then, when this violence is trivialised or denied. Our 350 expert therapists work with over 17,000 survivors a year – from children as young as four to young people and adults of all ages. 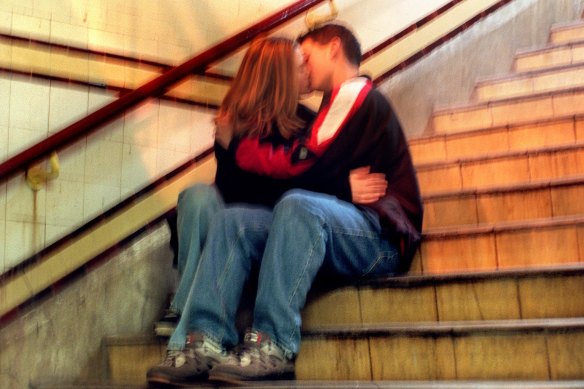 Recognising in law that sexual contact without consent is a serious violation is a once-in-a-generation legal and cultural reform.Credit:Angela Wylie

Too many of our adult and older adolescent clients tell us the same thing – they can’t seek justice because the violence against them isn’t recognised in law.

Enshrining affirmative consent in law corrects this historic injustice. Under the affirmative consent
approach, everyone must get consent before engaging in sexual activity with others. Consent here
must be clear and enthusiastic. The Victorian bill was introduced into the Legislative
Assembly on Thursday and is expected to be debated two weeks from now.Key crossbenchers have indicated their support for the bill, meaning it is likely to be passed.

This bill explains, simply, that to avoid committing a sexual offence, you need to check with the other person if they want to do what you want to do. It states that consent must be freely given, that it can be withdrawn, and that you do not have someone’s consent if they are submitting to you because of fear or force. It’s not consent if the other person does not show you that they consent, or if they are scared, asleep, drunk, or you have deceived them about something integral to their consent. Such deception includes removing or not using a condom without the other person’s
knowledge or consent, also called stealthing.

This law deals with the reality of adult sexual violence for many adults and older adolescents. That it is deeply gendered, with perpetrators overwhelmingly being male and victims female. That it is under-reported, under-prosecuted, and under-convicted, leaving victims without justice and perpetrators free to abuse with impunity. That it is endemic in family violence. That it is survivors, particularly women, who are questioned and judged, not least in the courtroom, rather than offenders.

This legislation recognises these power imbalances and stops the very things that show victims did not or could not have consented – they did not say anything, they were drunk, they were frozen by fear – from being used as a weapon against them. 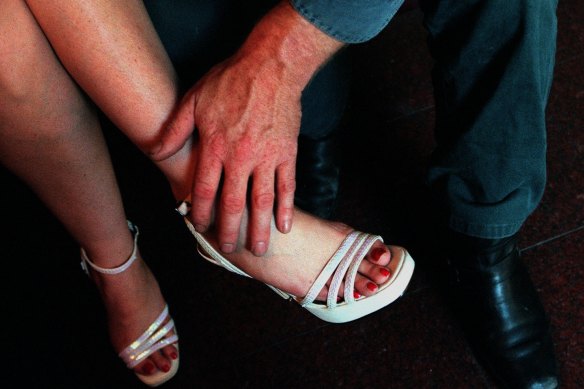 The legislation recognises power imbalances between the perpetrator and the victim.Credit:Angela Wylie

For years, some have insisted that many sexual assaults are in fact misunderstandings, that many alleged perpetrators are led astray by victims’ mixed messages. This legislation will remove that uncertainty. If you’re uncertain if the other person wants to go ahead, don’t. This clarity should be welcomed by anyone who is not a rape apologist or a rapist.

Already, detractors are attacking the bill, trying everything from ridiculing it by suggesting people will go to jail for kissing someone without asking, to trivialising it by claiming it will kill romance, and creating panic by insisting that it is the end of the presumption of innocence.

Do they have so little compassion for sexual assault survivors that they think their impoverished idea of romance is more important than avoiding heartbreaking suffering? Do they think a justice system premised on denying sexual assault is one worth having? Of course, they are disingenuous. This will not impact on consenting partners. This offence will only be activated when someone is brave enough to say “someone has sexually assaulted me”.

The legislation is as much about standard setting and education as individual accountability. The introduction of the law allows us to have a conversation about what sex should be about and how to avoid harm. It helps us think and talk, as a community, including with young people, about how to ask whether someone wants to have sex and how. This isn’t new. Countless people do this already. And for those who don’t, they won’t have to look far to work out what to do. We all seek consent constantly in everyday life – this legislation is simply a reminder not to treat sexual activity differently from other interactions.

What does that mean in practice, say if you’re a 17-year-old who wants to have sex again
with another 17-year-old you’ve had sex with before? You can ask and listen for an explicit
verbal response like a yes, see if they nod or start to take off their clothes. You’ll keep checking as
you go, and you’ll continue or stop, depending on the response you get.

You won’t assume that because you’ve had sex before, or done a specific act before, that the other person will want to do it again with you at that time. If they don’t want to do it, you don’t have consent. Consider, too, a long-term married couple, where the man has been physically and emotionally violent and the woman fears harm if she does not agree to sex. Here, the law says that consent is not freely given; the woman would be within her rights to press charges.

Importantly, this law is only one of the 91 recommendations on sexual violence from the Victorian Law Reform Commission. The government must implement the remaining recommendations, including ensuring victims have adequate access to forensic medical examinations, providing victims’ advocates during court and funding sexual assault services so we can respond to all victims.

Securing recognition of violence is a key step in recovering from it. The law has withheld this from countless victims of sexual violence. In doing so, it prolonged survivors’ suffering, aggravated the initial trauma, and, worse, allowed perpetrators to continue to abuse.

Affirmative consent legislation corrects this. Victims will now have better recourse to justice, without risking being told that if they didn’t scream, they consented. Most importantly, with this legislation, the people of Victoria, speaking through their parliament, say to sexual assault victims, this is not on you.

Kyle Richards recalls moving up her wedding date due to pregnancy