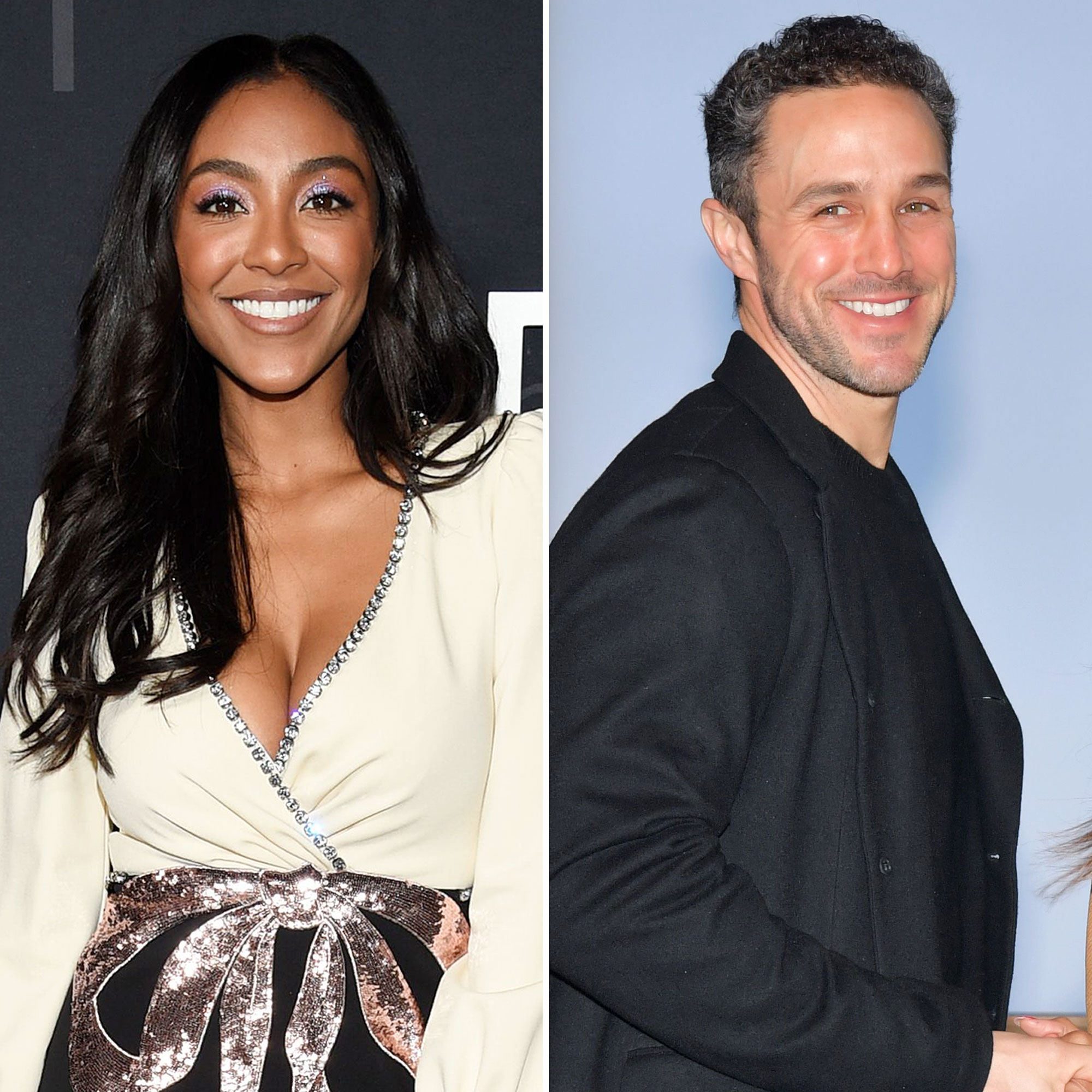 Still smiling. Tayshia Adams didn’t let on to facing trouble in her relationship with Zac Clark ahead of their shocking split.

The 31-year-old former Bachelorette attended the New York City premiere of House of Gucci on November 16 and “avoided doing interviews,” only posing for pictures on the red carpet, a source exclusively tells Us Weekly.

“There was no indication of her having issues with her relationship, other than her not wearing her ring,” the insider adds of the California native, who was “in good spirits” and attended the event just “for fun.”

Adams “was nice to anyone who approached her,” but was “walking quickly” across the carpet, the source notes.

Nearly one week after the event, Us confirmed that Adams and Clark, 37, had called it quits after getting engaged on season 16 of The Bachelorette, with a rep noting on Monday, November 22, that the reality stars “are no longer a couple.”

News of the breakup came shortly after the duo participated in the New York City Marathon on November 7. The addiction specialist raved over Adams’ strength in a loving Instagram tribute the following day.

“I will be forever grateful to have had a front row seat to her performance yesterday, as will the thousands of others who cheered her along the way,” he gushed. “The world is a better place today than it was yesterday because of you.”

While fans were caught off guard by the split, a second source told Us there had been “noticeable tension” in Clark and Adams’ relationship. However, the insider noted that the decision to end their romance “happened very recently.”

Bachelor Nation Couples Who Have Split in 2021

The pair made the move to the Big Apple following the December 2020 finale of the ABC dating series, but the “Click Bait” podcast cohost told Us earlier this year that there was no rush to get down the aisle.

The season 23 Bachelor alum noted at the time that the coronavirus pandemic had forced the duo to put wedding planning on the back burner. One month prior, she opened up about the pressures of making a Bachelor Nation relationship work outside of the show — and the intense scrutiny that comes with it.

Tayshia Ditched Engagement Ring Ahead of Zac Split: Signs It Was Over

“It’s so funny because people do have lives outside of social media. … You have to realize that it’s a real relationship behind the scenes,” she told Us in June after eagle-eyed fans noticed that Clark’s mom unfollowed the former phlebotomist on Instagram. “I suggested to Katie [Thurston], like, if you have to separate yourself a little bit do so because you want to do what’s best for you in the relationship. … That’s your relationship, so you just have to put a little bit of boundaries, nothing bad, just [some] boundaries.”

The New Jersey native, for his part, previously reflected on facing some “ups and downs” with his then-fiancée once filming had ended.

“Naturally, it’s for all the reasons that people say it shouldn’t work. Because it’s so quick and all that stuff. And I hear that. There’s also a lot of reasons why, for me, it does work,” he told Us in April. “‘Cause you put the cell phone down, there’s no distractions, your conversations are very, like, pointed and structured [on the show]. … I know that at the end of the day, there’s our relationship, me and her, and then there’s everything else kind of around it. And if this isn’t solid, which it is, then this stuff can kind of work itself into it. But it is solid.”

Twitter is Speculating Gigi and Zayn Broke Up, But Honestly Who Knows?