Happy birth-date! Woman invites SIX Tinder matches to a fake party for her 20th birthday to see if any catch her eye in person

A woman has gone viral on social media after revealing she invited six singletons to a fake birthday party to see which one she liked best.

Fanny Blom, 19, who is from Sweden, but currently living in Torrellano, Spain, invited all of her Tinder matches to a pretend twentieth birthday bash for herself to see if any caught her eye in person.

The store worker was surprised that six of the suitors attended the event with one even bringing flowers to mark the special occasion.

Luckily for Fanny, none of them realised they were there to battle for her affections. 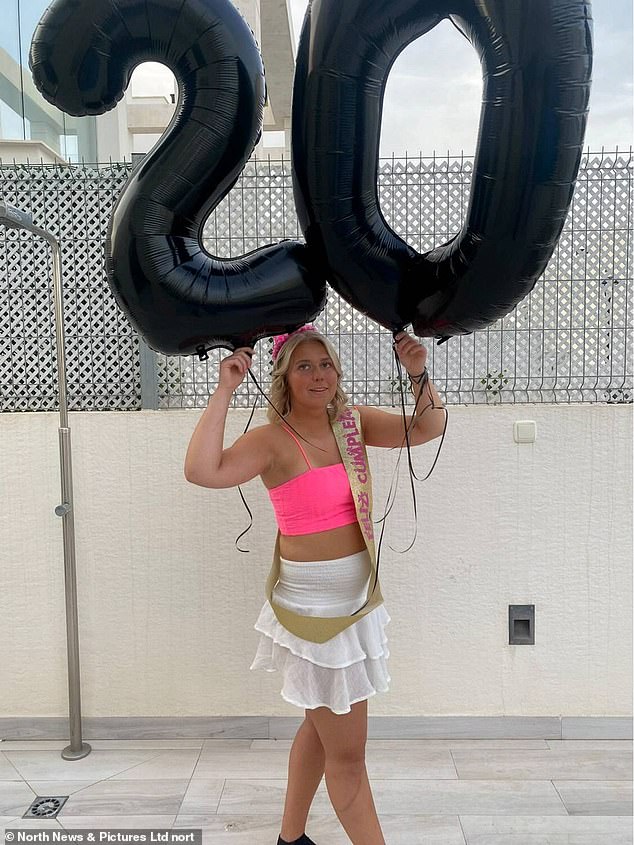 Fanny Blom, 19, (pictured), who lives in Torrellano, Spain, has gone viral on TikTok after inviting her Tinder matches to a fake birthday party 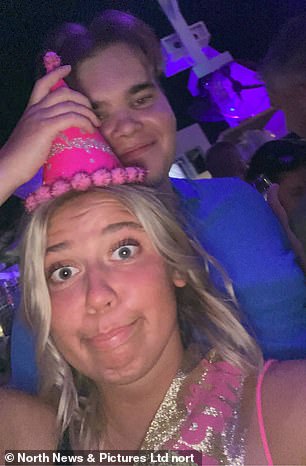 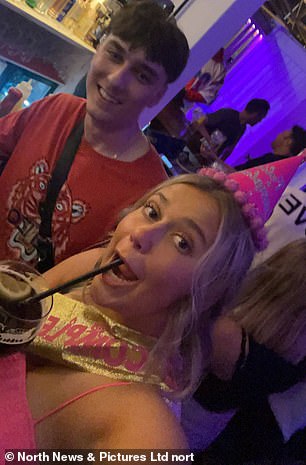 Fanny said six Tinder matches came to the nightclub, where she had also invited some of her friends. Pictured: Fanny with two of her suitors

Fanny explained that she decided to do the unconventional date after seeing the reaction when she joked about having already done it on TikTok, where she boasts almost 70,000 followers.

Fanny said: ‘I posted a video on TikTok saying I invited my Tinder matches to my birthday and it got a lot of traction but the whole thing was a joke and I never actually did that.

‘My birthday was coming up in a couple of weeks so figured I would throw a fake birthday party and invite all my matches.

‘The venue was a club and I took some of my mates along. 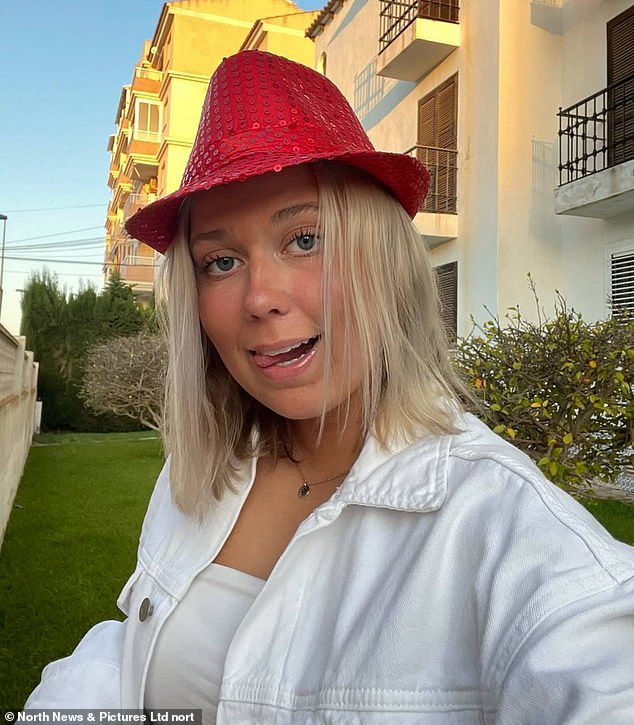 Fanny said the dates showed up at different times, with one even bringing her flowers after arriving late 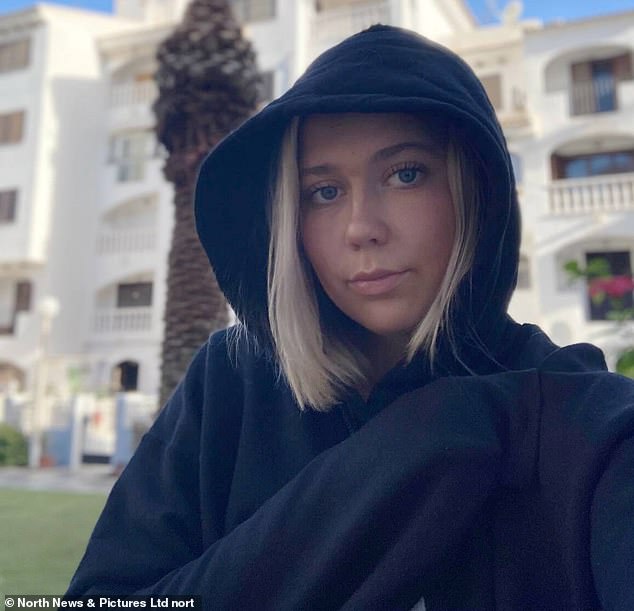 ‘When we got there they started showing up at different times, which was great because they didn’t realise that they were all dates.

‘We left early but it turns out one of them showed up late and had got flowers on the way which was very sweet.’

Fanny, who donned a white mini skirt, pink crop top and a pointy birthday hat for the extravaganza, told The Daily Star the stunt saved her money on a real celebration for her 20th as she was bought drinks throughout the night.

She admitted that it was difficult to remember what each of the men looked like because she had invited so many Tinder matches and was generally getting a lot of attention in the club because everyone thought it was her birthday.

‘It was easy to get free drinks with the birthday hat too, the salary down here is not so good, so to save money is also why I faked my birthday,’ Fanny said.

The 19-year-old explained that she was able to move between matches by pretending that she needed to use the bathroom. 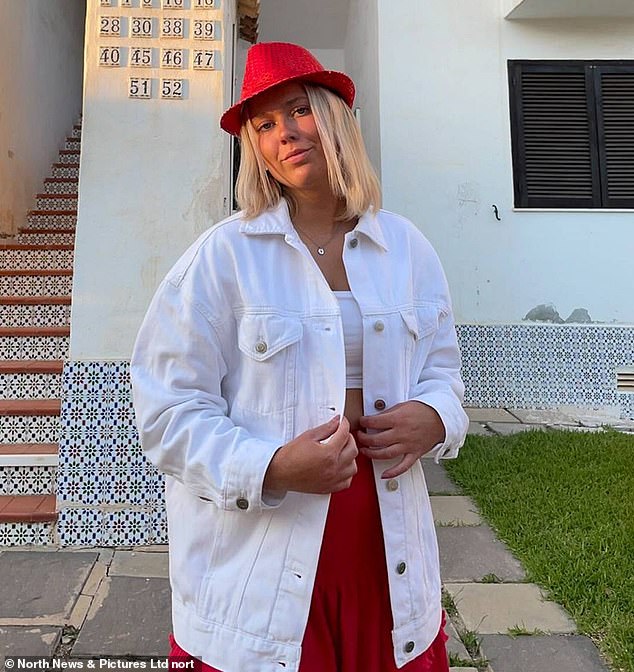 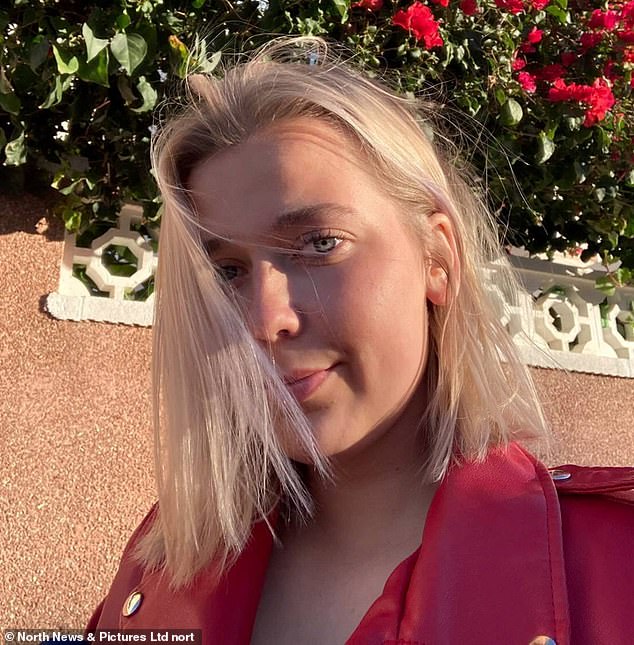 She believes none of the suitors noticed what she was doing at the time, however one person did become ‘jealous’ when she was spending time with her other ‘male friends’.

Fanny said: ‘One Tinder match gave me a tequila shot and also I got two drinks but that was from other people not my Tinder matches.

‘I also remember that some of the Tinder matches I invited asked how many Tinder matches were coming to this club but I just answered that I only invited a few of my friends.’

Fanny posted a video of the night on social media where one of the matches saw it and discovered he had been duped.

She admitted to being unlikely to meet up with any of the men again because despite finding one of them attractive he seemed too clingy.

Fanny added: ‘One of the guys reached out and told me he was sent the video and we had a laugh about it, there’s no hard feelings.

‘I’m still in touch with one of the boys. 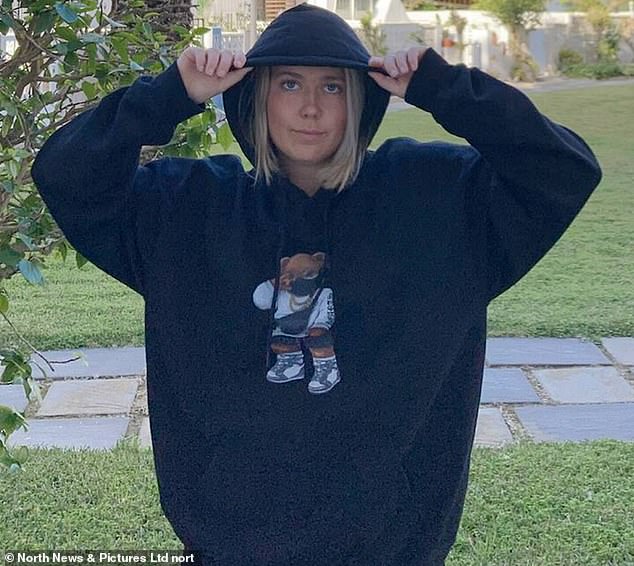 ‘I would definitely do it again in a different city as it’s a great way to meet people and everyone had an amazing night.’

A stream of commenters on TikTok have admitted they would try pulling the stunt for themselves.

One person wrote: ‘This is an amazing idea omg’

Tagging a friend, another said: ‘We should do this for my bday lmao’

‘Hahaha I love this,’ a third commented.

A fourth added: ‘I did this for my 26th and it ended in two guys fist fighting each other outside the bar.’

Posting on TikTok, commenters have admitted they are eager to host their own fake party with dating app matches invited

Holby City spoilers: Devastating consequences for Nicky as she struggles

Everyone’s Freaking Out Over These Spanx Leather Leggings, and Now I Know Why