HOT summer days in the garden have just become a little bit cooler as Tesco has reduced the price of its unicorn sprinkler paddling pool by 40 per cent to just £10.

The exciting garden toy usually costs £17, and shoppers say that it's bigger than it looks in pictures. 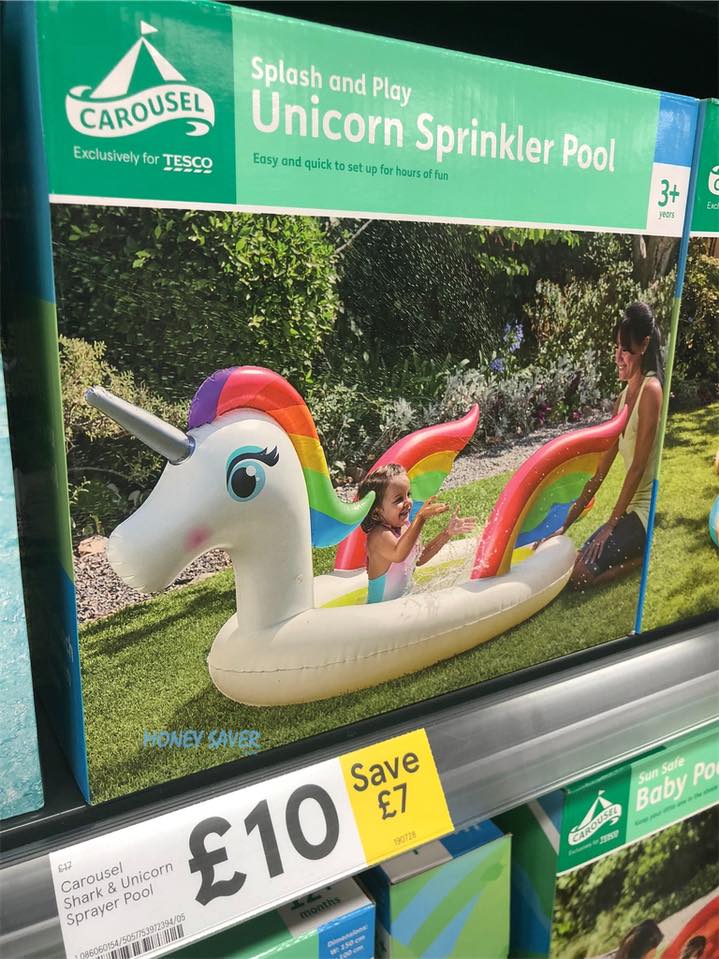 Shaped as the mythical creature with rainbow-coloured wings, simply connect it to a garden hose to turn it into a sprinkler.

It's available in 191 of Tesco's 3,400 stores nationwide until July 28, but the supermarket couldn't tell us which ones.

Use Tesco's store locator tool to find your nearest and call ahead rather than making a special trip to check if the pool is in stock.

The magical pool was spotted by a follower of Facebook page Money Saver Online in Tesco's branch in Thanet outside Canterbury in Kent, and shoppers loved the splashing news.

One user said: "This is brill. It’s actually bigger than the pic my kids love it."

While another added: "Only a tenner, Lily would love that." 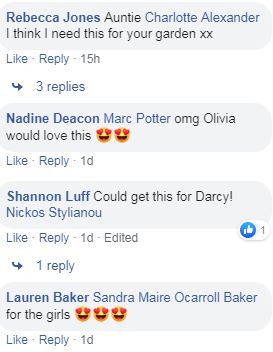 We've asked Tesco how big the pool is and we'll update this story as soon as we get a response – but judging by the pictures it seems to be big enough for two small children.

It's suitable for kids above the age of three.

Other retailers are also selling similar paddling pools, but for a higher price.

Asda, for example, has reduced its Intex-branded version to £12, down from £18.

Meanwhile, Amazon is selling a unicorn paddling pool without any sprinklers for £20.99.

The supermarket has also slashed the price of its giant unicorn sprinkler by half to £30.

While Aldi's selling a unicorn hopper – and your kids will love it.