Home » Lifestyle » The 4 biggest mistakes guys make with their clothing and watch choices, according to a men's magazine founder

“Everything we’re doing is about tailoring, investment, clothes that anyone can wear,” the founder and Editor-in-Chief ofThe Gentleman’s Journal told Business Insider.

Read more: The 6 biggest mistakes guys make with their skin, according to the cofounder of a leading skincare brand

Jarman started the men’s lifestyle magazine as a way of marketing his own swimwear brand, and was never interested in the catwalk-related coverage that other men’s fashion outlets focused on.

“There’s nothing wrong with going and buying an expensive blazer and matching it with a Uniqlo shirt. It’s actually what most men do.

“It became — and it still is — all about the stuff you can buy now and still wear in 50 years time.” 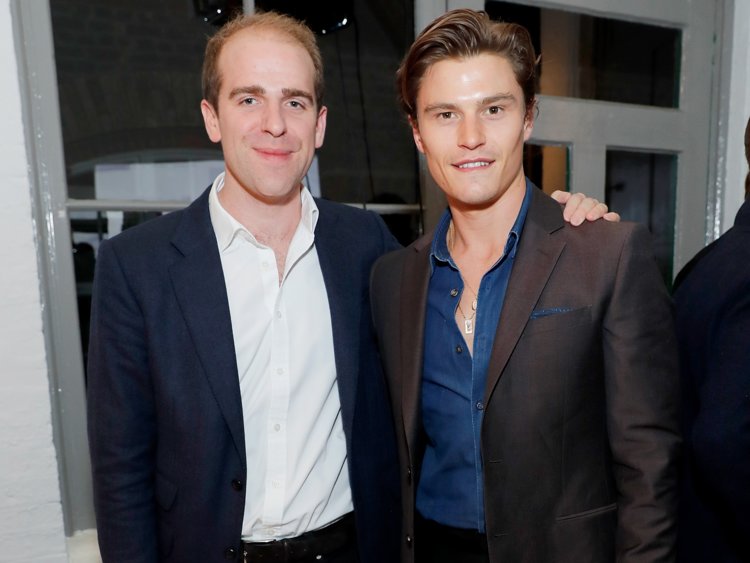 To that end, Gentleman’s Journal has just launchedan e-commerce site. For the first time, they’re selling — as well as just showing off — things they like.

“We want to build a real, valuable two-way connection between Gentleman’s Journal and our customers, with retail being the final pillar,” Jarman said.

The website is curated by the magazine’s editorial staff, and features a hand-picked selection of brands that are expensive but high-quality.

Since Jarman ought to know better than anyone, Business Insider asked him about the biggest mistakes guys make with their style choices, as well as his best advice on what to do instead.

Scroll down to see what he said.

1. They don’t dress up for job interviews. 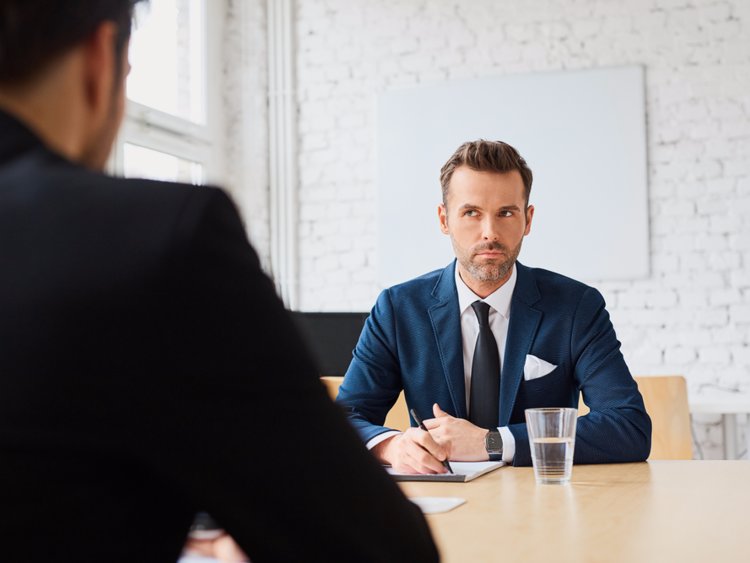 It may sound like common sense, but as workplaces get more and more casual, Jarman says he’s noticed a lot fewer guys coming in to interview in suits.

“We were interviewing for a financial role the other day and the guy came in dressed in his streetwear,” Jarman said.

“I was a bit like … I don’t really want that guy touching my accounts!”

Jarman said guys should at least wear a blazer to an interview: “I feel like people should make an effort.”

I recalled interviewing for Business Insider in a full suit while my interviewer wore jeans and a t-shirt. “But at least you did that!” Jarman laughed.

“I’ve done that with so many jobs before, and there’s nothing wrong with it. You only feel like an idiot for about an hour.” 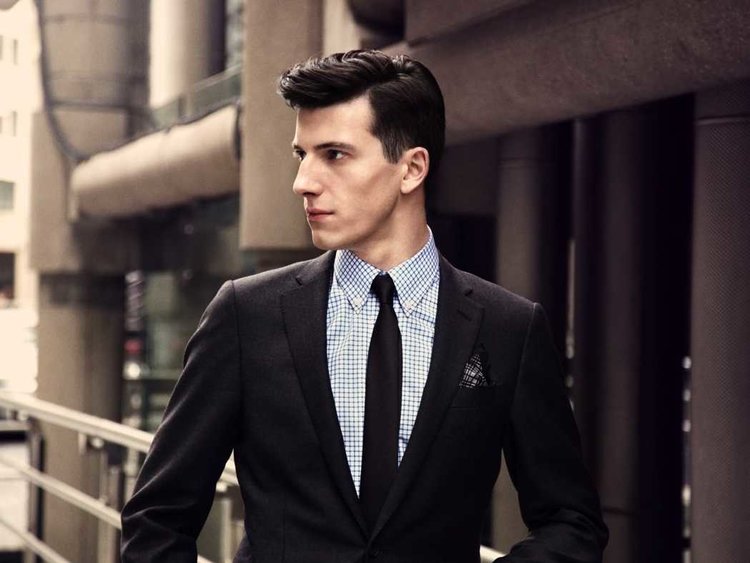 Face it: skinny suits are dead, and no one’s mourning them.

“There are still guys who wear them,” Jarman said. “They’re trying to be slightly Italian, but it just doesn’t look good.”

There’s nothing wrong with a fitted look, but when your sleeves are sticking to your biceps, you’ve probably gone too far.

“You can go to really good places that are really affordable, and just get a really well-cut suit,” Jarman said.

“You don’t need to go and spend loads and loads of money.”

3. They buy clothing with excessive branding. 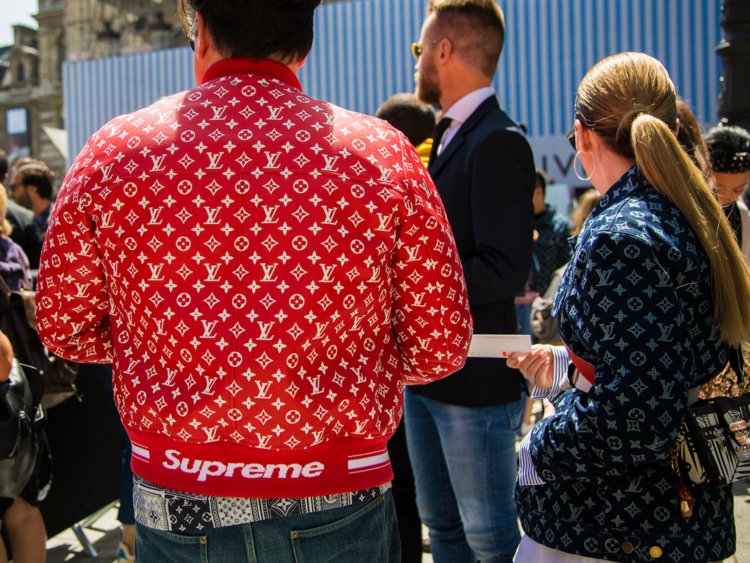 Jarman stipulates that he thinks what brands like Supreme are doing in the streetwear space right now is really cool.

However, what is that outrageous Louis Vuitton x Supreme jacket you bought going to look like in five years time?

Jarman admits that he probably only goes shopping himself once or twice a year, but when he does, he invests in quality items that will stand the test of time.

“I’ve sent it back for a couple of resolings. So actually, over time, that becomes more affordable than the [cheap] pair that you replace over and over again. And also more sustainable!”

4. They buy watches as an investment. 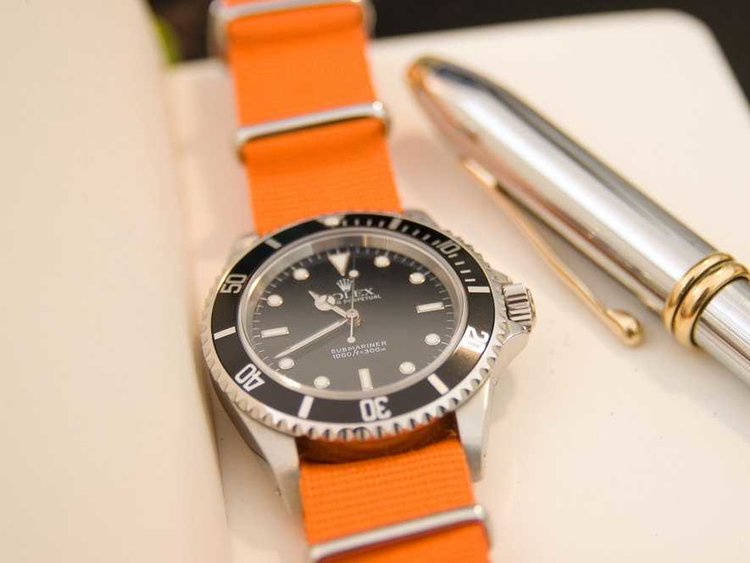 When it comes to buying your first expensive watch, Jarman’s rule is to stick to the classics, and never trust anyone who tells you to buy a watch as an investment.

“You should buy it because you love it,” he said. “If it happens to go up in value then fantastic.”

Jarman listed some top watchmakers, and what model you should spend your money on:

“Stick with the stuff that has been around for years, otherwise, you’ll look at it in five years time and go, ‘God, why did I buy that?’ And then you have to buy another one and it becomes really expensive.”

SEE ALSO:The 2 biggest style mistakes men make with their suits, according to a menswear CEO

‘Workplaces have changed’: Expert says if you don’t get that, you don’t belong in one