When the digital wave started sweeping through cinemas a decade ago, projectionist Rob Murphy was quick to pick up a camera and start filming what he thought was the imminent death of traditional 35mm movies.

Just as well, too. In a revolution that happened swiftly, film laboratories closed because prints no longer had to be struck for every movie screening in every cinema. Cans of film no longer had to be shipped around the country. Old-style projection equipment was thrown out. Cinematographers switched to digital cameras. And many projectionists had to look for other jobs given that cinema managers were able to program a week of sessions in advance on a computer. 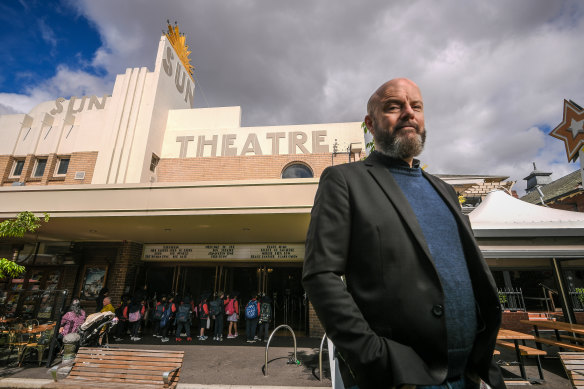 “Everybody leapt at it as quickly as they possibly could, because they were all promised that costs would drop and they wouldn’t have problems with prints,” says Murphy. “The fact I was a filmmaker as well as a projectionist made it seem like I was the obvious candidate to try and record what was being lost.”

Now the documentary Murphy started way back then, Splice Here: A Projected Odyssey, is finally finished, and it’s having a limited release in cinemas, with Q&A sessions, around the country.

While he now only projects films part-time at the charming Sun Theatre in Melbourne’s Yarraville as well as taking on freelance editing jobs, Murphy has discovered there is still a niche audience for movies projected on 35mm and 70mm celluloid film. 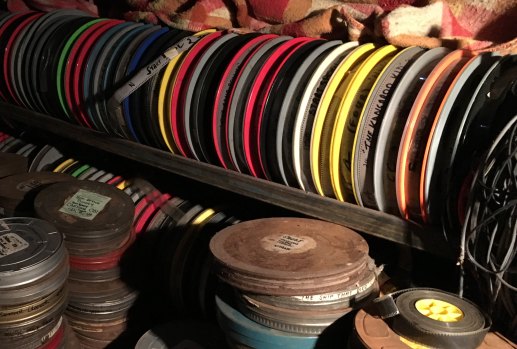 The digital revolution means that cinemas no longer rely on cans of 35mm film.Credit:Potential Films

Like other surviving projectionists around the world who value what’s been lost – a secret society of enthusiasts, if you like – Murphy is supporting the small band of directors who still prefer to shoot on film because of the quality of the image.

Leading the way in Hollywood are Christopher Nolan (with Dunkirk and Tenet), Quentin Tarantino (The Hateful Eight, Once Upon A Time In Hollywood) and Paul Thomas Anderson (The Phantom Thread, Licorice Pizza).

While there have been huge advances in what’s achievable with digital cameras, Nolan believes film looks better on screen. “It’s the technology that’s been known and understood for a hundred years and it’s extremely reliable,” he has said.

While a handful of cinemas around the country still have 35mm projectors, including the Randwick Ritz and Cremorne Orpheum in Sydney and the Astor and Sun in Melbourne, others are now looking to add them for special event screenings. 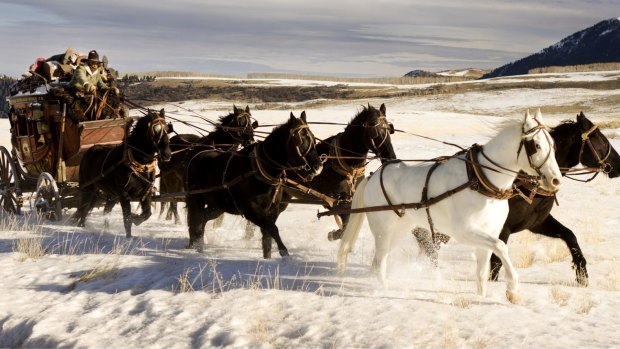 “People are rediscovering it,” Murphy says. “It’s something for people to seek out and enjoy more than just a box up the back, untended, spewing out their film. Since The Hateful Eight (2015), there’s been at least one 70mm big-screen release on film every year.”

Still, Murphy recognises digital has brought many benefits to cinemas. “Digital is a great thing,” he says. “Ecologically, it had to happen. You imagine the number of films that come out every year, and we had to strike 400 prints of each [one] just in Australia. They’d travel around for a month or two then they’re all destroyed. So it was incredibly wasteful.”

The Ritz’s programming manager, Benji Tamir, agrees about the benefits of digital, including the fact it allows cinemas to play six different films in one auditorium in a day.

“At a cinema like ours, we play 20 different films a week,” he says. “If you had a print, you pretty much had to play the same film in the same auditorium for the whole day. 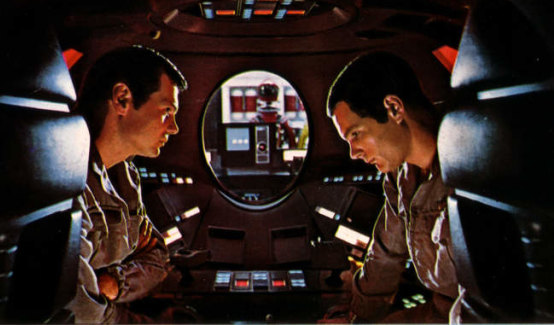 Sessions on 70mm were popular at the Randwick Ritz: Stanley Kubrick’s 2001: A Space Odyssey.Credit:MGM

“Now we can have this huge variety of product for the customer and it’s seamless and it’s quick and it’s easy.”

But Tamir has also discovered there is a vibrant audience for retro movies screened the old way. “It’s just like vinyl in the music industry,” he says. “When we had our 85th birthday retro screenings, probably a quarter of them were on 35mm or 70mm. And they were far and away the more popular sessions – and I mean by hundreds of people.

Given most of us have been watching movies on streaming services at home during the pandemic – and are perfectly happy watching videos on phones and tablets – what’s the appeal? Surely we’re more interested in the story and characters than in how good a movie looks on screen. 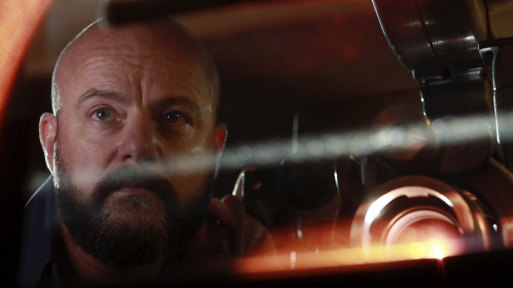 Tamir says the appeal of 35mm and 70mm is the rarity of the screening and the romance of watching an old movie in the format it was intended to be shown in.

“To have a print with the scratches and the history on it, where it actually appears on screen, there’s just an amazing romantic feeling about that,” he says.

Murphy believes the appeal lies in “the joy of analogue” and says digital projection is only just catching up to 35mm.

“We’re in the third generation of projectors now, which are laser-based, and they can get decent blacks and a really nice reproduction,” he says.

Still, it’s not celluloid. “Because of the grain structure, film is kind of alive,” he says. “Every single frame, even though it might be just a slightly different image to the previous one, the actual grains of silver are completely different. So even if there’s something that’s perfectly still on screen, it’s moving in a way.

“Digital is a lot more sterile in that it just sits there,” Murphy continues. “If nothing is happening in the frame, it’s just kind of dead. It’s a bit flatter looking. The blacks are the real bugbear for me. You get beautiful deep rich blacks and great contrast with film.

“There are a lot of screens around town that are muddy, the blacks are green, and it’s a disappointing experience.”

While the remaining 35mm projectors are robust enough to have lasted for decades, Tamir says many digital projectors installed a decade ago are already approaching the end of their life.

“There’s a lot of investment in this technology and it’s going to be really hard for some cinemas to buy new projectors because it’s probably coming up to the time where we need to do that.”

Ironically, Murphy shot Splice Here digitally rather than on film.

“One of the first things any film buff asks me is ‘why didn’t you shoot it on film?’,” he says. “I say, ‘well, not even Scorsese could have got a budget that would have allowed him to shoot on film in a vérité way for 10 years’.”

Marriage of Figaro REVIEW: An unexpectedly fresh revival of one of the greatest operas