Home » Lifestyle » ‘The sexiest words anybody hears: We shouldn’t be doing this’

In the hierarchy of relationship taboos, having an affair with your friend’s husband or wife is a doozy. Experts say it’s the most hurtful because it’s such a betrayal. 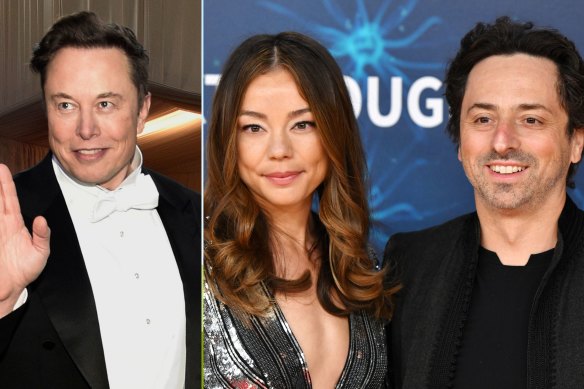 Tesla founder Elon Musk, left, has reportedly had an affair with Nicole Shanahan, pictured right with husband and Google co-founder Sergey Brin, who has since filed for divorce.Credit:Getty

Except, say psychologists, we’ve got it all wrong.

People may currently be giving Tesla founder Elon Musk the side-eye for reportedly busting up the marriage of his good friend, Google co–founder Sergey Brin, by having an affair with Brin’s wife, Nicole Shanahan. (The news broke last week.) But these affairs are happening all around us, in our school communities and among the people we pass while doing our grocery shopping, according to relationship experts. And, more often than not, the fallout they see is “devastating”.

“Look in terms of affairs, definitely this can be the most hurtful,” says Elisabeth Shaw, CEO of Relationships Australia and a clinical psychologist who has seen this scenario play out among many clients in her private practice. “Because the betrayal is far greater when it’s a friend. You generally trust your friends, and you invite your friends to support you in your relationship… So, to find out that it’s turned into something else is devastating.”

If you look into the psychology of why people cheat, often the taboo is part of the appeal… Who’s the wrongest person you can have sex with? Your partner’s sister, or her best friends.”

Shaw has seen it implode entire friendship groups and even whole communities. “If it becomes the talk of the school or the talk of a small country town, these sorts of separations, yes, do lead people to want to simplify things. ‘Well, who’s at fault? Who can I blame? Who will I stay away from, to cut out threat from my own life?’” she says. “It really does make people want to sometimes clarify in black and white what went on.”

And that’s not getting into how these affairs impact the children of the people involved, who are often friends before the affair is revealed. 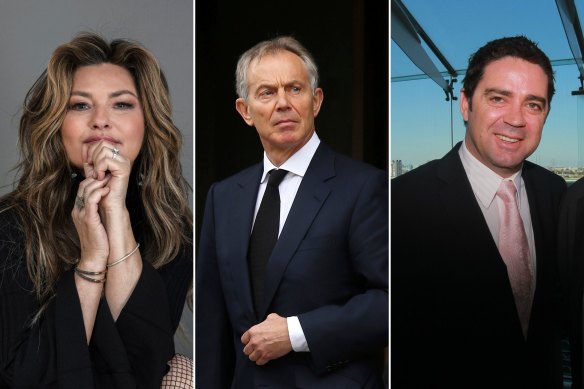 And the people who’ve reportedly had the affair sometimes suffer from professional backlash.

People have stopped buying Teslas because of Musk’s “antics”. And former British prime minister Tony Blair lost a business associate after allegations surfaced that he’d had an affair with Rupert Murdoch’s then-wife, Wendi Deng, which reportedly ended her marriage. (“The Wendi Murdoch affair put me off,” recalled American billionaire Tim Collins, who was on the board of Blair’s Faith Foundation, and helped fund it. “The real man was revealed.”)

So, if the damage – and the potential for damage – is so great, why do people keep doing it?

In part, because it’s so taboo, says Lauren Rosewarne, a gender expert at The University of Melbourne who has written a book on infidelity. 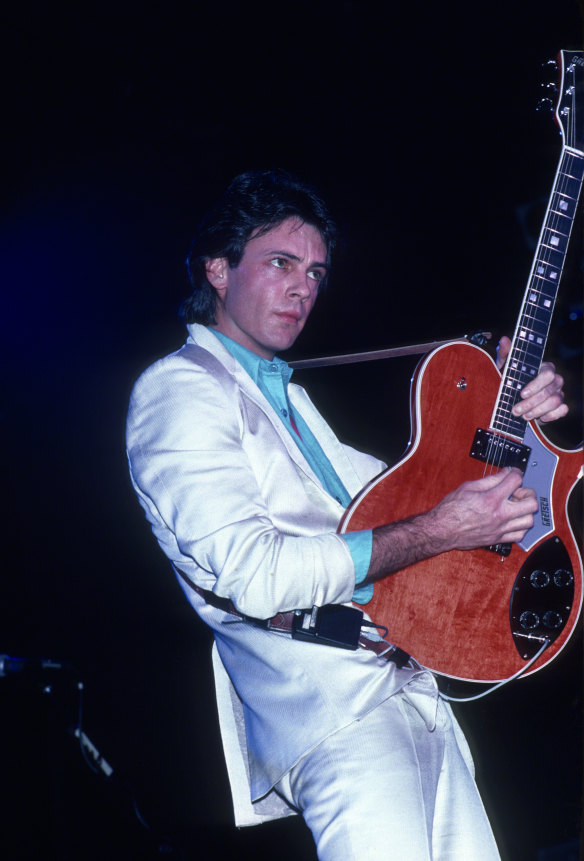 “It was always just, like, panting from afar,” Australian singer Rick Springfield, pictured in New York around 1981, said of the girl who inspired his number one 1981 hit, Jessie’s Girl, about lusting after a friend’s girlfriend. Credit:Getty

“The sexiest words anyone ever hears are, ‘We shouldn’t be doing this’,” says Rosewarne. “If you look into the psychology of why people cheat, often the taboo is part of the appeal. We’re attracted to people and relationships that seem naughty… Who’s the wrongest person you can have sex with? Your partner’s sister, or her best friends.”

Such affairs have long made for salacious plot points in books and films from the 1960s and 1970s like Bob & Carol & Ted & Alice and John Updike’s novel Couples, a way for the main characters to jazz up their staid, suburban lives. It’s also why people do it today, says Rosewarne.

“It’s the idea of people cheating with people who are within arm’s reach,” says Rosewarne. “It’s why politicians have affairs with their secretaries.”

Frequently, such a liaison begins when one person shares with the other that they’re having problems in their relationship, says Shaw. (According to Shania Twain, this is how she partnered with her second husband, Frédéric Thiébaud. The two consoled each other after Twain’s first husband, Robert “Mutt” Lange, had an affair with Thiébaud’s first wife.) “There’s a certain intimacy sort of cocoon that can come about, that leads to various sort of intimacies,” she says. “Generally, that does happen because you have [already] registered that that person is attractive to you.”

So how do these new connections fare in the long run?

“Personally, I’ve more often seen the big mistake type of affair, where it blows up the friendship group, and you don’t necessarily partner with that person [you’re having an affair with],” says Shaw. This is often because it was an “opportunistic” affair that lacked substance or because it doesn’t stand up under the stresses of everyday life, she says.

The dramatic circumstances of the pairing often bonds people together in the beginning, says Shaw. “Because they’ve put so much on the line, they’ve often lost their whole friendship group, might have had to move away; it’s kind of ‘us against the world’,” she says. Shaw. “But it also means there’s quite a lot of pressure. Anytime you’ve spent together has been fairly ‘cloak and dagger’, so you haven’t necessarily been out and about in the world, and it’s only when you take up the reigns of domestic life, that you then start to see all the other elements in a relationship.”

But this is assuming that having a relationship with your partner’s friend, or your partner’s ex, is actually taboo, says Dr Jessica Kean, a gender and cultural studies expert at The University of Sydney.

“I often research queer communities or unconventional relationships where people are really outside of social norms already and pretty open to negotiating [different relationship configurations],” says Kean. “In the queer community that I’m a part of, it’s a small community, it’s not that uncommon for people to date their friends and re-date their friends, or date other friends… It might be the same if you’re in a small country town. There’s a limited dating pool, to some extent and, you know, you’ve got to make these choices sometimes.”

Either way, people might want to think long and hard before engaging in a relationship that will – more likely than not – erode many of your relationships.

Because, says Associate Professor Justine Gatt, UNSW, how much social support we have has a direct impact on our brain, and on our wellbeing.

“If we have higher levels of social support” – good relationships whether that be with family, friends, colleagues or romantic partners – “it’s associated with higher wellbeing, lower levels of stress and loneliness. And it can protect us from cognitive decline as we get older.”

So, how to safeguard your own relationship?

“It’s one of those things… if [people] only spoke up early, went to their partner and said, ‘My thoughts are wandering, my mind is drifting, I’m not on track, we need to work on our relationship’,” says Shaw. “Unfortunately, people often think, ‘It’s a bad patch, everybody daydreams. It’s really only a friend.’ They start to convince themselves of all sorts of things. ‘There’s no harm done. Nobody knows.’”

Christine Brown Packs Up Kody's Things: We Don't Have a 'Real Marriage'