Home » Lifestyle » The Teenager, as known to modern history

The Teenager is back. Note the capital T. A lower case teenager is simply a person aged between 12 and 20. But capital Teens have been accumulating decades of emotional baggage since their first appearance in the 1940s.

By the late '60s, the term had come to imply erratic, self-centred, irresponsible, sullen, hysterical, rebellious, exhibitionistic, fad-driven and vulnerable to exploitation by ruthless capitalists. And of course, the Teens of then are the Boomers of now. 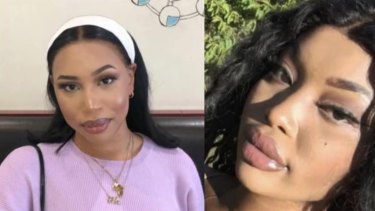 Olivia Muranga and Diana Lasu have been named as the COVID-19-positive women who flew to Brisbane from Melbourne via Sydney on July 21.Credit:The Today Show

In recent years, the term Millennial (or GenZer) has been the carrier of those pejoratives, but last week, three young women brought the original roaring back into the media. Brisbane’s Courier-Mail branded these “Teenagers” as “Enemies of the State” because they’d gone to Melbourne, engaged in virus-risky behaviour and allegedly lied about their movements. The TV morning shows joined the Teen damnation (though two of the women are actually aged 21).

It filled me with nostalgia. I was reminded of Nora Ephron’s warning: “When your children are Teenagers, it's important to have a dog, so that when you get home, someone in the house is happy to see you.” And of the song by Wheatus: “I’m just a Teenage dirtbag, baby”.

I’m researching the origins of “Teenager” as an emotional concept. The first relevant usage I can find was in October 1945, when The Sydney Morning Herald reported an effort to distract “Teen-agers” from their inappropriate choices: “English ballroom dancing was a major casualty in Australia as a result of the Pacific War … danceland was invaded by America’s boogie-woogie corps. Now that peace has arrived … teachers are considering how to sell the necessary lessons to thousands of teen-agers who made their debut in danceland under American tutelage.”

In 1955, The Sun-Herald reported: “The biggest dance craze since The Charleston – a dance its devotees call ‘Rock and roll’ – is wildcatting across America.” A breathless “Staff Correspondent” describes a concert where “swaggering zoot-suited teenagers complete with cigarettes drooping from their lips and MM (Mickey Mouse) haircuts began to put on a show of their own. Pegged pants, padded shoulders, wide collared shirts and bright-coloured ties began to bob up and down.”

By 1956, Teenagers had become a targetable consumer group. The Sun-Herald reported in October that Australian teens “seem to be less easily influenced” than their American counterparts, but could be seen dancing outside a cinema showing Rock Around The Clock. “Perhaps the best news for parents is that the rock ‘n’ roll craze already seems to be dying out overseas … to oblivion.”

But rock and roll never died. And now, we learn, neither did The Teenager.

David Dale teaches media at the University of NSW.

What Normal Life Looks Like for Prince and Paris Jackson