Tim Stones swapped selling gin for making it in 2017 when the travel for his former job began to take a toll. He is now the head distiller for Hickson House, a boutique distillery that opened in the Rocks in Sydney late last year.

“It was a logical progression for me to move from providing the delights of gin over the bar, to being a global brand ambassador for a major gin company, to actually … making it,” he said. “It’s been a lot of fun.” 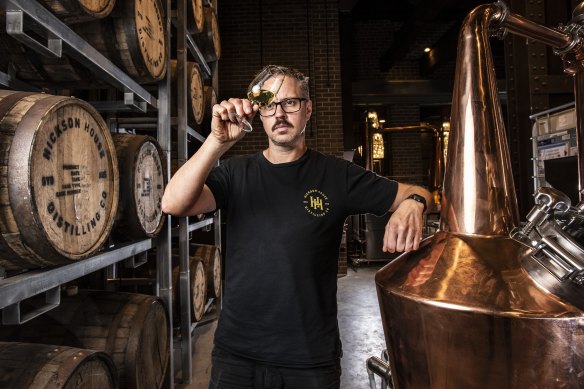 Gin distilling is one of many industries that has blossomed since the last census, with the number of people employed in spirit manufacturing growing by 240 per cent.

On Wednesday, the Australian Bureau of Statistics is publishing the second tranche of data from the 2021 census. It takes a deep dive into the working lives of Australians – from what they earn and the sort of unpaid work they do to where they moved during the COVID-19 pandemic. It shows some industries have grown exponentially since 2016, while others have dwindled.

Healthy growth in health care, IT

The healthcare and social assistance sector ballooned to more than 1.7 million workers, including more than a quarter of a million registered nurses.

Information technology jobs also grew. IT support and test engineers increased by 54 per cent to more than 15,600 and software and app programmers by 47 per cent to nearly 117,000.

But some jobs trends had not changed, Gruen said. Sales assistants, registered nurses and general clerks had been the top occupations for the past three censuses.

One of the occupations with the fewest workers was video and other media rental hiring services, with just 160 people employed in that industry on census night.

The popularity of some qualifications has skyrocketed since 2016, according to the ABS.

The fastest-growing qualification was security science – the study of preventing unauthorised access to programs or data and securing information – which grew by 460 per cent to just over 5800 qualified people in 2021.

Gruen said the number of people gaining qualifications in southern Asian languages had more than doubled, making it the third-fastest growing field of study.

“This is in line with Punjabi emerging as one of the top five languages used at home, and the continuing growth in Indian and Nepalese communities throughout Australia,” he said.

The most common fields of study were business, teaching, nursing and building.

“Interestingly, school principals worked as many hours as surgeons, with each recording a median of 50 hours per week,” he said.