Warning: This article contains information about sexual assault, which some may find triggering. Grey’s Anatomy has been on the air for 14 years, and it still finds new ways to make viewers cry. Thursday’s episode centered around the issue of consent via three distinct and impactful stories. In one of those stories, Grey’s Anatomy showed what happens during a rape kit. The powerful scene depicted the lengthy, intrusive exam in all its harsh realities. Doctors carefully took photos, swabs, samples, measurements and more to ensure any and all evidence was collected properly. It was the first time many viewers had seen such a scene on television. And while it was heartbreaking and devastating to watch — it was so, so important. It was also a scene that the show’s crew really had to fight for.

Showrunner Krista Vernoff told The Hollywood Reporter that the episode initially received pushback from ABC’s Broadcast Standards and Practices team. "The [notes] we got on this script included, ‘Please don’t show any fluid on the Q-tips’ and ‘Please don’t show any body fluids under the blue lights,’" Vernoff said. "[Creator Shonda Rhimes] wrote back a pretty passionate response of the myriad ways that networks are willing to show actual violence but that what we were doing here was the medical process that happens in the wake of violence and they were trying to tell us we couldn’t show it." Vernoff said that ABC acquiesced in the end and let them proceed as the scene was written. 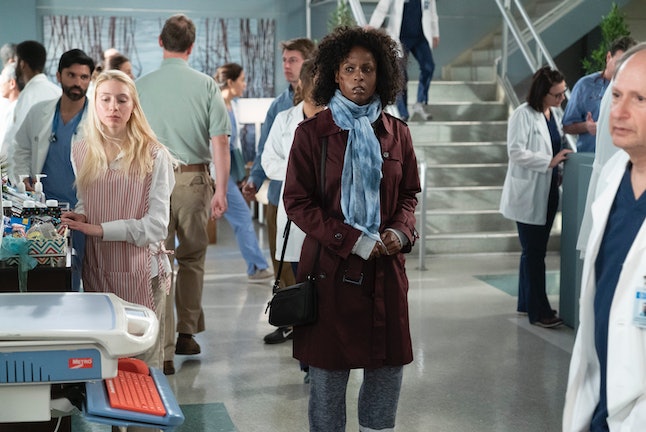 It’s a good thing, too, because the reality of the scene is what made its impact that much bigger. Sexual assault is horrifically common, occurring every 98 seconds in America, according to The Rape, Abuse & Incest National Network (RAINN). But even though it happens to many people of all races and ages and genders, there is still so much about sexual assault and rape that isn’t talked about, especially in a public way. Presenting the reality of a rape aftermath on a major network show meant that millions of people would get a crash course education in what happens during medical procedures like that and how invasive and traumatic it can be for someone who was just assaulted to have that done. It makes sense why someone wouldn’t want one, so you can never blame someone for making the choices they need to following a rape. After all, they lost their agency during the assault, it shouldn’t be taken away from them afterwards as well.

Grey’s Anatomy gave Abby her agency during the rape kit scene by allowing her to consent to every step of the procedure. Before each new picture and swab was taken, Teddy asked her, "Are you ready?" Over and over again Abby said "yes" throughout the scene. This was consent, loud and clear, and watching it would make anyone emotional. The Grey’s Anatomy doctors then wheeled a frightened Abby down to the ER, where the hallway was lined with women standing in support of Abby. It made me spontaneously sob to watch how brave Abby was and how much it meant to have the women silently showing her they believed her and they were there for her.

Episode writer Elisabeth Finch told Entertainment Weekly that she got the idea from watching a video where organ donors were honored in a similar way. "Part of the hospital protocol is that whenever an organ donor is wheeled down a hallway, every single doctor in that hospital lines the hallways to honor that person," Finch said. Grey’s Anatomy took that idea and gave it a different, but equally powerful meaning.

Vernoff told THR that many of the women in that scene are not actors, but rather are people involved on making the show who wanted desperately to show their support for all sexual assault survivors in that scene. "That hallway contains nearly the entire female writing staff [of Grey’s]. It contains exec producers on the show, exec producers in Shondaland, most of our female crew members," Vernoff said. She added:

As THR noted, the episode was written, directed, and edited by women and also had women serving as the director of photography, script coordinator, and showrunner. It was made by women for women, but the show was also careful to include the fact that there are also male survivors of sexual assault, that men need to understand consent as well, and that it’s not necessarily a woman’s job to teach them that.

One of the other storylines in the episode was Ben Warren teaching his stepson Tuck about consent in a way that a young boy could understand. And Jo’s storyline was about learning that her father was a rapist and the damage that did on her mother, who blamed herself for years because the rape happened on a date that she said yes to, even though she didn’t consent to anything more than that. There is no one type of sexual assault survivor and there are myriad ways that a person could respond to that kind of trauma. The episode left viewers understanding that you cannot judge someone for how they process and deal with their assault. You cannot push someone to get a rape kit or prosecute or move forward any faster than they’re ready to. 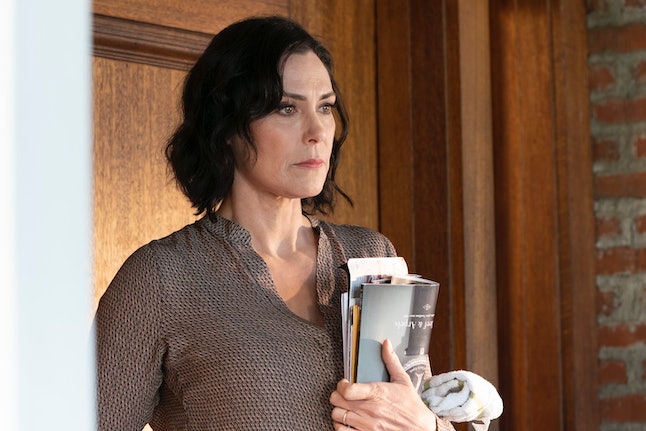 The doctors on the show were careful to give every bit of agency to Abby. They informed her of her options to get the rape kit done and listened to her every step of the way. The also assured her that she didn’t need to process the kit if she didn’t want to. RAINN states on their website that this is true. You don’t have to report the rape to get the test done. You can have it done in case you change your mind later, or you can choose to never have it done. In the end Abby did choose to prosecute, but the show let it be her choice and her choice alone.

The entirety of the episode resonated with viewers from what you can see of their tweets on Twitter, but it was the rape kit scene in particular that stood out. Not only was it raw and real and portraying something almost never shown on TV, but it educated viewers who may have had no idea that’s how things even worked. Here are some of the viewers who were hugely impacted by what they saw on Thursday.

Ultimately Vernoff and Finch told THR that they hope the episode leads people to talk about and understand consent and have greater empathy for survivors. "I hope viewers walk away with a greater understanding of what consent means — and a deeper understanding of how many different ways rape can impact not only the survivor but the generations that follow," Vernoff said.

Finch added, "I hope more men watch it not just for the consent — though it’s a huge part of it — but for empathy with their partners and friends … Even the boys with the most empathy in the world can’t understand why the results [of rape] are so lasting and so strong. That’s something I hope makes a dent in our younger generation."

There are episodes of Grey’s Anatomy that are over in a flash and forgotten about, but this will not be one of them. The images of that rape kit process and the hallway full of women were powerful and long-lasting. This is an episode that will go down in history for daring to do what it did, and I, along with so many others, are so grateful that Grey’s gave this issue the space and respect it needed. It may just be a TV show, but it also changed and impacted lives tonight, and there’s no forgetting that.

If you or someone you know has been sexually assaulted, call the National Sexual Assault Telephone Hotline at 800-656-HOPE (4673) or visit online.rainn.org.

‘The Hunt’ Producer Jason Blum and Writer Damon Lindelof Speak Out: ‘This Is Not a Dangerous Movie’