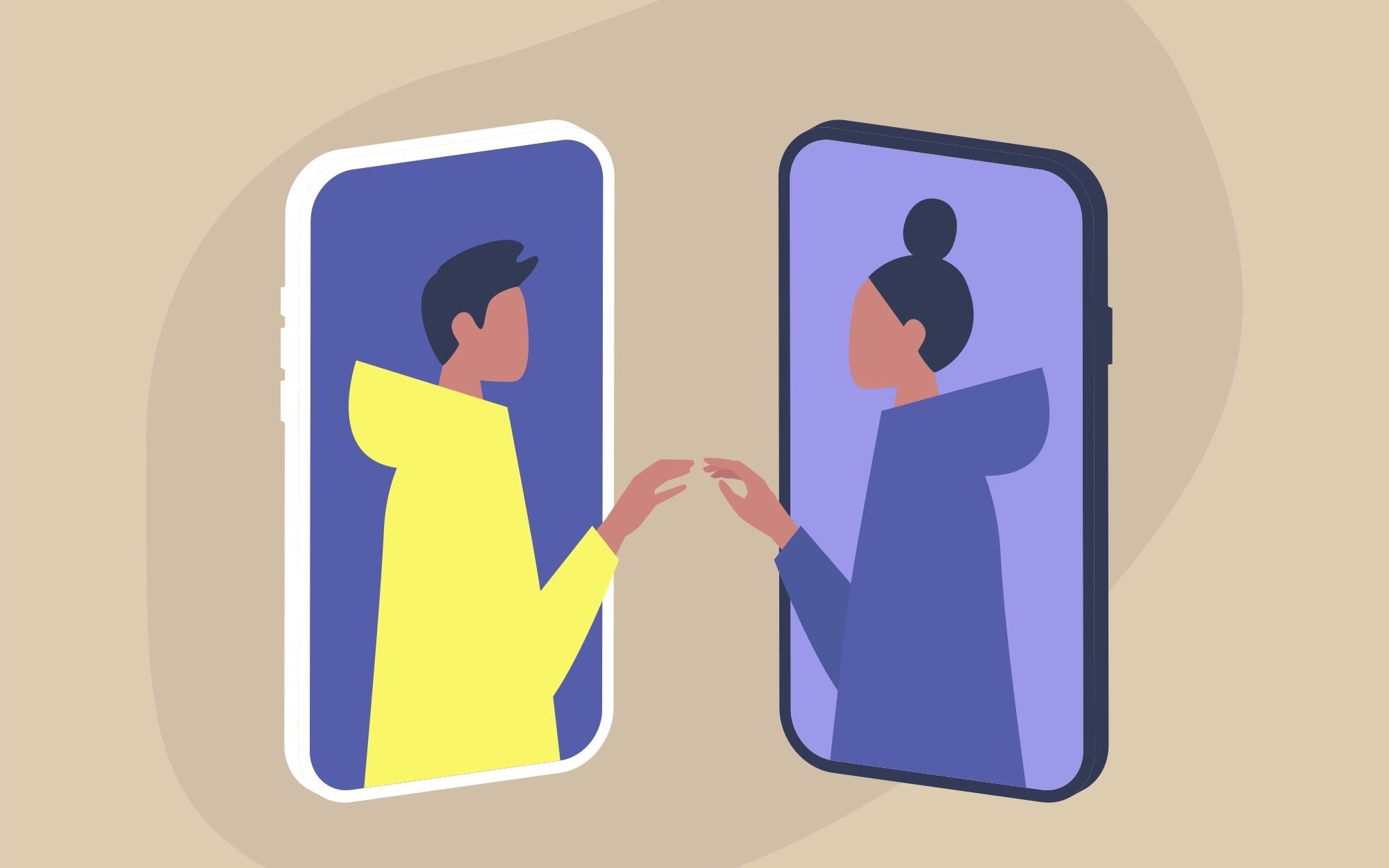 Dating can be exhausting.

Not only are there new dating terms to learn each week, but there’s the ‘getting to know someone’ stage that takes place before a first date and in between initial meet-ups.

And, in an increasingly digital world, these conversations are often over text or through dating app chat functions.

While this might seem handy to have a person literally at your fingertips, experts have shared some key reasons why texting can often be disguised as a good thing – but is actually problematic.

Psychotherapist and coach Andre Radmall tells Metro.co.uk: ‘It was Albert Mehrabian, a researcher of body language, who first broke down the components of a face-to-face conversation. He found that communication is 55% nonverbal, 38% vocal, and 7% words only.

‘This means that, when we text, we are missing out over 90% of communication. Words alone without visual cues and tone of voice can easily be misunderstood.’

So individuals will struggle to get the full picture over text. Instead, more meet-ups and even phone and video calls should be the go-to channels.

Of course, messaging has its benefits – but these are a few fundamental reasons why we shouldn’t heavily rely on texting when dating…

‘Many people might think that you can’t learn much from someone’s body language, but it’s called language for a reason – it’s another form of communication,’ she says.

Jade explains that when we communicate with someone behind a screen, we miss important non-verbal cues such as eye contact, mirroring, and proximity.

These are all small cues that can hint to how people feel about one another.

She adds: ‘If someone has eye contact with you, research has suggested that it is a great way of indicating whether they have interest in you and what you are saying.

‘Mirroring is another non-verbal gesture that we often perform subconsciously as a way of building connection with others.

‘And, finally, proximity is an easy non-verbal cue to gauge whether someone is keen to build a connection with you. If they are leaning into you and close in proximity, this shows that they are engaging with you.’

Tone and flow of conversation

We all know that it’s not just about what people say, but how they say it.

So the loss conversation tone and flow can also be a problem when texting.

Jade says: ‘Texts can be easily misinterpreted, as it is almost impossible to detect emotions in emails and text messages – regardless of which emojis have been used.

‘The dating app Hinge has recently incorporated a new feature where you can include a voice recording on your profile. This is one example where a dating app has tried to overcome a key feature in our human communication.

‘However, a 30-second voice recording does not quite have the same impact as an in-person conversation.’

Due to this loss of tone, things can be misinterpreted and misunderstood as a result.

Andre stresses: ‘When we read texts and emails – particularly from someone we have strong emotional feelings for – we can easily project our own fears and insecurities onto their words.

‘So, for example, if your date texts you a message saying “Sorry, held up in traffic, going to be 10 mins late,” you can interpret this in different ways.

‘A catastrophic reaction might be that they are late because they have been with someone else, or maybe they forgot about their date with you. Or it could be a sense of relief that you have more time to get ready.

‘Be careful to not over interpret the meaning of texts. Sometimes they just mean what they say. ‘

Not getting instant answers or being able to read body language can also make us question things – leading to anxiety.

Clinical sexologist and relationship coach Ness Cooper says: ‘It can be hard to date via text-based interactions as we are prone to wanting instant responses and gratification.

‘Text replies can be left for ages until the other individual responds which can trigger a response similar to fight or flight in some individuals, who are anxiously waiting to hear from their date’

As a result, this can lead to a state of uncertain anxiety.

Also, if you can see a person you’re dating is online but isn’t replying, this can send the mind into a downward spiral.

Ness says: ‘If text-based dating has visible online statuses then it can play on your mind when someone appears online and doesn’t reply (even when they just left the text-based app open but aren’t using it).’

It can disguise true feelings

Ness adds that constant texting, rather than meeting up, can be a sign that someone isn’t really into you – particularly if this has been going on for a while.

What’s more, text messages tend to be more sculpted, so can easily hide how a person feels – particularly in comparison to meeting in real life, where body language and conversation cues give lots away.

Rush Hour Crush – love (well, lust) is all around us

Tell us about your Rush Hour Crush by submitting them here, and you could see your message published on the site.