Home » Lifestyle » TikTok, YouTubers and tiny Timothee: When did the world get so young?

There was a time not so long ago when we were all young and relevant. Our days were filled with colour; our favourite bands were getting huge, Hollywood was interesting, politics was exciting, and every scrap of media seemed to be created just for us. It was easy to stay on top of things: who was who and why they mattered, which star was on the rise, why this film or that was important. We understood the domino effect of media and its wider cultural impacts — how popular culture shaped the world around us. 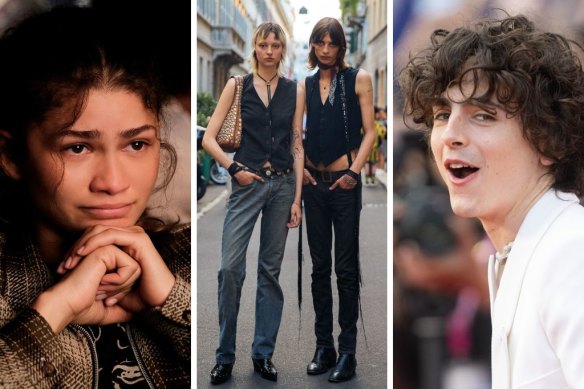 From left, Euphoria, low-rise jeans and Timothee Chalamet have left a 31-year-old feeling out of touch.Credit: Getty Images

Meanwhile, the age brackets above us grumbled about kids these days, complained of society’s rapid decline, and were convinced that theirs was the last generation to experience the good old days. Everyone thereafter was doomed. We rolled our eyes hard enough to risk hernias. They just didn’t get it.

But time makes us foolish in ways we never knew it could. I don’t care about the line between my eyebrows, or that my left knee sometimes makes a weird crunching sound, or that my favourite Friday nights are spent not spinning circles and looking for trouble, but slathered in a face mask in front of a gruesome documentary.

Low-rise jeans and skinny eyebrows are back. Shows about high school drama are winning awards. The latest heartthrob to launch a million adolescents into puberty, Timothee Chalamet, looks like a tiny child to me. My 24-year-old colleague spams me with little videos filled with the kind of deranged humour that only makes sense in a fever dream. A slightly younger guy I’ve been seeing sometimes replies to my messages with one word: “Based.” I don’t know what it means and I have too much pride to look it up. 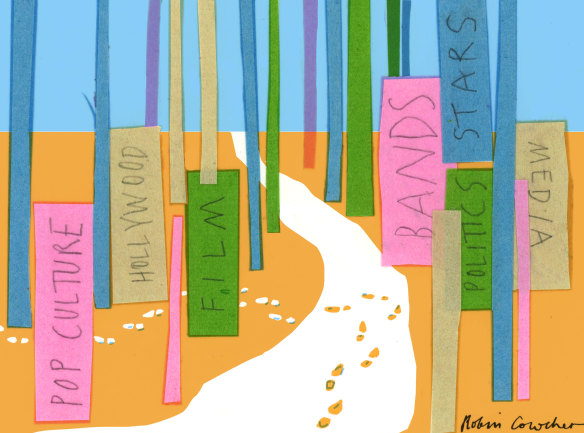 As icons of my time fade – Britney Spears’ off-putting social media presence, Taylor Swift is more product than performer, Rihanna just had a baby – they are replaced with new ones. When I scroll through red carpet photos for some relief during a boring meeting, I realise that I have no idea who these people are. When did YouTuber become a career path? Is Nickelodeon still around? What the hell is Bachelor in Paradise and why is so much of my feed talking about it?

Media and technology move fast. Viral memes and trends last two weeks at best, and then they’re just embarrassing. Your toddler will take to an iPad more easily than your grandparents, and as I get so frustrated trying to make a TikTok that I throw my phone across the room, I know that it’s official: I am no longer the new kid on the block.

It could be enraging, this familiar landscape suddenly full of unfamiliar faces. It could be an unwelcome confrontation that I, personally, am no longer the centre of the universe. Somehow, I resist the urge to respond to a news article about a celebrity I don’t recognise with “WHO CARES?” minus one or two expletives (others are not so self-contained).

Before I settle into melancholy at the ennui of irrelevance and the unstoppable march of ageing, however, I realise it’s not all bad. This distance isn’t a disconnect; it’s just perspective. I used to see the trees, and now I see a forest.

How the opulence of celebrity reflects a wider wealth disparity.

How the changing trends of women’s bodies is less about my personal imperfections and more about eternally recycled misogyny.

How most art isn’t for entertainment, but for profit.

How politics is a popularity contest and that it takes concentration to see through the photo-ops and understand the policies hidden under press releases — I can do that now, because the squawking Twitter spats and roar of tabloid culture has been reduced to white noise.

Millennials were once simultaneously the butt of every joke and expected to change things: end racism, reverse climate change, usher in a new age of expansive and accepting politics. We got bogged down in the minutiae of Kardashian antics, social media algorithms, and cognitive behaviour therapy for our collective trauma, but I like to think we pushed the needle a little. Now it’s Gen Z’s turn.

I watch them not with envy, but with affection. They’re having fun. They’re making stupid videos, wearing stupid outfits, getting stupid haircuts, and doing everything we couldn’t: refuting gender norms and misogyny, boycotting products and projects that misalign with their values, trying with all the energy of youth to hold our leaders accountable.

They’re figuring things out. Their knees don’t crunch. They know what “Based” means. One day much sooner than they think, they’ll be 31 and sighing with relief, too, because a little ignorance is often a lot of bliss.