‘It was important to me to see the lead character being trans’: Transgender writer reveals Doctor Who spin-off podcast has a cast ‘completely led by queer women’ and will ‘explore LGBTQ+ stories’

A bestselling author has said LGBTQ+ stories are explored in-depth in the new Doctor Who spin-off podcast.

Juno Dawson, 40, who lives in Brighton, explained that Doctor Who: Redacted, which began on BBC Sounds on 17th April, is the first time that the fictional universe has had a cast that is completely led by queer women.

Transgender activist Charlie Craggs plays lead character Cleo in the 10-part audio drama about a group of women who make a conspiracy theory podcast and have an encounter with a time-travelling alien.

‘It’s important that every person who comes to Doctor Who brings their own little identity. And of course, as a transgender woman myself it was important to me to see the lead character being trans as well,’ Juno told Radio 1 NewsBeat. 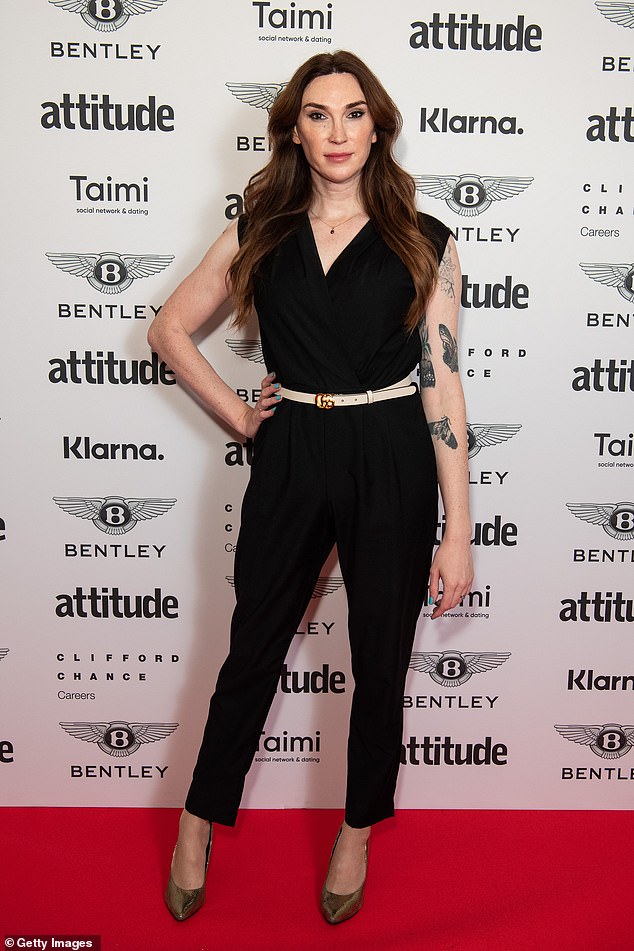 Cleo’s story represents many real life trans people, who’ve experienced challenges with getting those around them to accept their gender identity.

Juno explained that it’s ‘quite a scary time’ for trans people amid the government making a decision to ban conversion therapy for lesbian, gay and bisexual people but not transgender.

She said the situation may improve if trans people are given the opportunity to tell their stories.

The author, who announced that she was transitioning to live as a woman in 2015, has previously written a Doctor Who novel and two Torchwood audio stories.

She admitted that she would fantasies about being able to escape her problems as a child.

Juno said: ‘I was a queer kid growing up in West Yorkshire, and the thought that one day a Timelord would turn up on my doorstep and whisk me away from everything that was awful in my life was a really seductive idea.’ 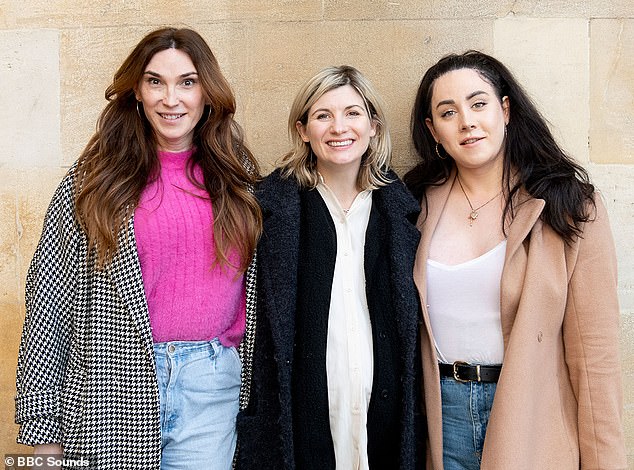 Juno claims there hasn’t been a show that changes the perception of trans people. Pictured left to right: Juno Dawson with Doctor Who star Jodie Whittaker and actress Charlie Craggs

Juno knew that she wanted to be a girl around the age of five, when she dreamt of being Bonnie Langford, the assistant of Doctor Who throughout the 1980s.

She explained that shows like Queer As Folk have changed the perception of gay people, but claims there hasn’t been an equivalent for trans people.

Charlie, who has previously presented a documentary on BBC iPlayer about her experience as a trans person, added that listeners would have to be a ‘sociopath’ to not feel empathy from listening to Cleo’s story on the spin-off podcast.

Jodie Whittaker plays the doctor, ahead of having LGBTQ themes revisited in a new TV special.

‘Can you hear me? Planet earth, is this getting through,’ the Doctor says. 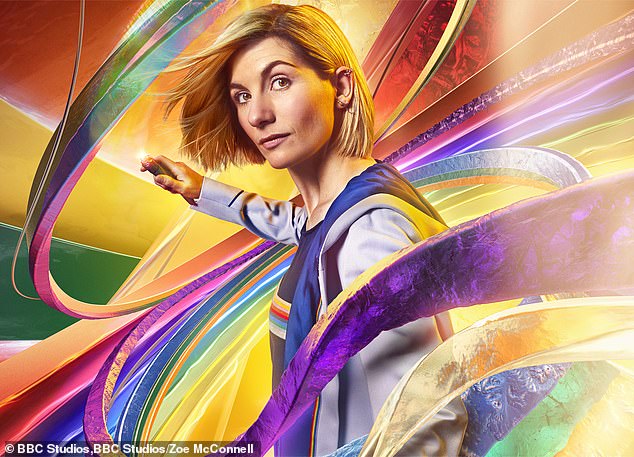 ‘I need you to listen to me you’re in danger. Big, serious, end of the world type danger and normally I’d drop right in to help you with that but something is stopping me from getting through.

‘It’s like they are disappearing. No, worst than that, they are being erased from existence. Redacted from reality. If you’re listening to this and know who I am, then it’s coming for you too.

‘So please listen. I know it’s weird, I know it’s scary and I know it seems impossible but sometimes you have to step up and do the weird, scary, impossible thing because someone has to. Remember me. Remember the Doctor.’

What is Dogecoin and why is the price going up?