Centenarians who survived the 1921 destruction of a thriving Black district in Tulsa, Oklahoma, told members of Congress at a hearing on Wednesday that they are still waiting for justice.

“By the grace of God, I am still here. I have survived. I have survived to tell this story,” Lessie Benningfield Randle, 106, said in front of the House Judiciary’s Civil Rights and Civil Liberties Subcommittee. “Hopefully now you all will listen to us while we are still here.”

The hearing was timed to align with the centennial of what’s known as the Tulsa race massacre, in which a white mob leveled a Black community called Greenwood in May 1921, razing businesses, killing an estimated 300 Black people and leaving another 10,000 homeless.

Randle was one of three survivors to speak about the atrocities and is part of a reparations lawsuit filed last year against the city of Tulsa, the county of Tulsa, the state of Oklahoma, and the Tulsa Chamber of Commerce for the two-day attack. 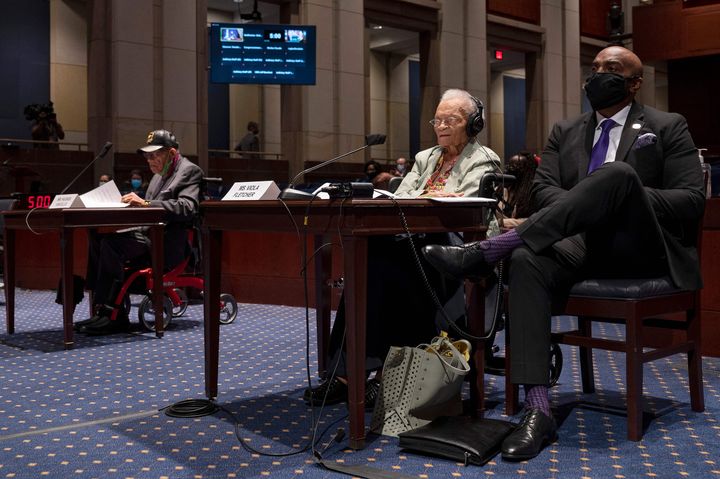 “They murdered people. We were told they just dumped the dead bodies into the river. I remember running outside of our house, I just passed dead bodies. It wasn’t a pretty sight. I still see it today in my mind, 100 years later,” Randle said.

Viola Fletcher, 107, was 7 years old when she and her family were forced to flee their home as a racist mob descended upon them in the night, she said. Her brother Hughes Van Ellis, a 100-year-old World War II veteran who served in an all-Black unit, joined her in offering testimony.

“We had great neighbors and I had friends to play with. I felt safe. I had everything a child could need. I had a bright future ahead of me,” Fletcher said. “Within a few hours that was gone.” 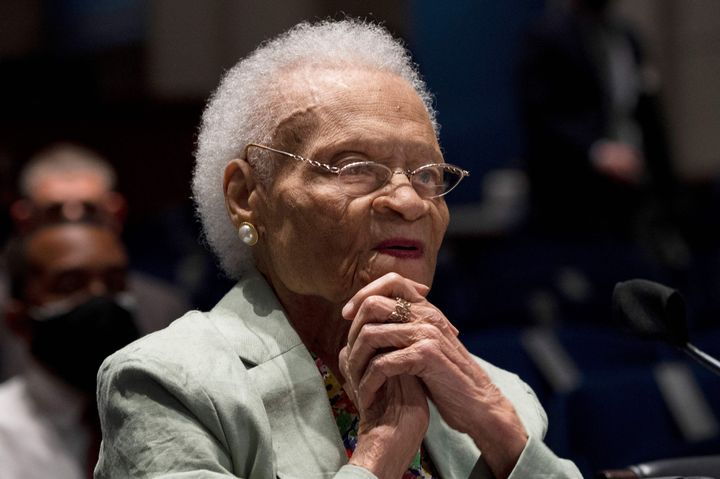 “I will never forget the violence of the white mob when we left our home. I still see Black men being shot, Black bodies lying in the street. I still smell smoke and see fire. I still see Black businesses being burned. I still hear airplanes flying overhead. I hear the screams,” she said. “I have lived through the massacre every day. Our country may forget this history but I cannot.”

Fletcher’s life was forever changed by the events. She was never able to finish her schooling, and became a domestic worker in white households. To this day, she struggles to afford basic everyday needs, she said.

In the years after the murders and the theft of land and businesses by fellow Americans, Van Ellis enlisted in the military and went on to serve his country. When he returned from fighting in World War II, he said he wasn’t entitled to GI Bill benefits because of the color of his skin.

“I came home to segregation and a separate and unequal America but still I believed in America,” he said, wearing a cap proclaiming his veteran status.

“You may have been taught that when something is stolen from you, you can go to the courts … to get justice. This wasn’t the case for us. The courts in Oklahoma wouldn’t hear us. The federal courts said we were too late. We were made to feel that our struggle was unworthy of justice, that we were less valued than whites, that we weren’t fully Americans,” he said. “We aren’t asking for a handout. All we’re asking for is a chance to be treated like a first-class citizen.” 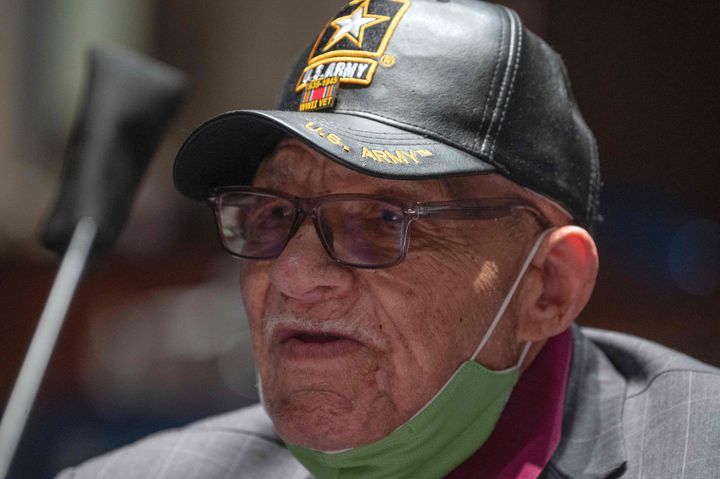 Randle, Fletcher and Van Ellis all expressed exasperation at the lack of justice following what is considered one of the worst acts of racial violence in U.S. history.

“It seems like justice in America is all really so slow or not possible for Black people and we are made to feel crazy just for asking for things to be made right,” said Randle. “There are always so many excuses for why justice is so slow or never happens at all. I am here today, 106 years old, looking at you all in the eye. We have waited 100 years … I am tired. We are tired.”

A bill introduced in the House by Rep. Sheila Jackson-Lee (D-Texas) seeks to address the generations-long lack of justice for Black Americans by establishing a commission that “shall examine slavery and discrimination in the colonies and the United States from 1619 to the present and recommend appropriate remedies,” including possible reparations.

The lawsuit filed by the Greenwood survivors, their families and local organizations accuses local officials of allowing, encouraging and participating in the attack and preventing the community’s recovery.

The suit further accuses officials in more recent years of “enriching themselves” from the tragedy by promoting the site as a kind of tourist attraction. Funds raised through this endeavor have not gone to the Greenwood neighborhood or to those directly impacted by the massacre. Instead, the suit claims, that money is funding the creation of a history center that the suit’s defendants will have a central role in.

Watch This Exclusive Clip About Mom-Shaming From 'Red Table Talk'